MTN Uganda has said it is “committed to respecting the laws of Uganda”, following the arrest and deportation of two of the telecom giant’s Senior Managers for the involvement in acts that compromise Uganda’s national security.

Security agencies deported two MTN Senior staff, both foreign nationals. These are; Olivier Prentout (French) who has been MTN Uganda’s Chief Marketing Officer, Annie Tabura (Rwandan) who was the General Manager for Sales and Distribution.

“Security agencies in close coordination with immigration officials have been investigating two foreign nationals working with a leading mobile telecom company over their engagement in acts which compromise national security.” ACP Polly Namaye, the deputy Police spokesperson said in a statement on Tuesday.

Their deportation “has enabled us disrupt their intended plans of compromising our national security,” ACP Namaye added in the statement.

MTN Uganda has issued a statement confirming the arrest of both Prentout and Tabura.

The telco said that Annie Bilenge Tabura was also arrested on Monday morning. She was picked up by “unidentified security personnel” upon arrival at the MTN headquarters in Kololo, Kampala.

“MTN Uganda, together with all its employees remains fully committed to operating within and respecting the laws of the country,” MTN Uganda said in the statement. 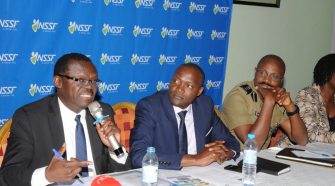