Telecom company MTN Nigeria has shut all of its stores and service centres in the country following attacks and vandalism of its facilities in retaliation to the Xenophobia attacks targeting Nigerians and other foreigners in South Africa, Reuters reported on Wednesday.

Dozens of people were arrested in Johannesburg on Monday. At least five people have been killed in the unrest.Mobs descended on business hubs and townships in various parts of South Africa, looting dozens of shops and torching trucks driven by foreigners in an outburst of anti-migrant anger.

Attacks on businesses run by “foreign nationals is something totally unacceptable, something that we cannot allow to happen in South Africa,” South African President, Cyril Ramaphosa said in a video posted to Twitter.

“I want it to stop immediately,” he added.

Nigerian President, Muhammadu Buhari said on Tuesday that he had sent an envoy to South Africa on Tuesday to “express Nigeria’s displeasure over the treatment of her citizens”.

“The safety and security of our customers, staff and partners is our primary concern,” Reuters quoted MTN Nigeria as having said in a statement.

It confirmed that four of its MTN outlets in Nigeria have been attacked, and that it has closed all of its stores and service centres in Nigeria as a precaution.

MTN added that it has also closed some of its Johannesburg stores.

“MTN is working with the relevant authorities and other stakeholders to focus on stabilising the situation both in Nigeria and South Africa and to ensure the safety and well-being of all those impacted by the unfortunate violence,” said MTN.

“We are also looking at coordinating with key stakeholders to work on medium to long term interventions to this situation”.

Relatedly, Shoprite, another South African company closed stores in Nigeria for similar reasons. The retailer said several stores in South Africa, Nigeria and Zambia were closed and extensive damage had been done to several supermarkets over the past 24 hours. 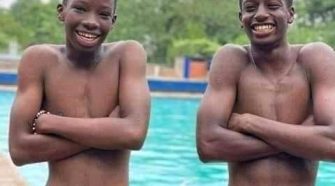