A group of artisanal miners from Mubende district have petitioned Parliament decrying the torture they were subjected to and losses they suffered when they were forcefully evicted by Mining Police in August of 2017.

The artisanal miners appeared a Parliamentary committee on Natural Resources under their umbrella body, Mubende United Miners’ Assembly (MUMA) which brings together a total of 23 associations largely the former evictees in Kitumbi Sub County who have since regrouped.

They claim they were subjected to torture, theft and extortion during the eviction from Bukuya sub-county and fields which were then taken over by an investor, Gemstones International.

Appearing before the committee, the group revealed that it turned out that the area where they were relocated following a Presidential directive had no gold deposits.

Kibirige told the committee members that the directive which was to the effect that 30 percent of the mining land be given to the evictees was further shared with the federation of artisanal and small scale miners.

The directive however did not specify the exact areas where miners would be taken by government, he said.

It took another 8 months before a final decision was taken to settle the miners in new areas where they had never worked before.

“It’s unfortunate that 8 months later, we have not found any sensible deposits that can support our members recover their investments,” Kibirige said.

He explained to the committee that some of the licenses that have features of commercial deposits as suggested by their geologist are restricted by the current law to use specialized technology to using not more than Shs 10million.

The miners have thus called upon the committee to recommend that the investor surrenders at least one square kilometer out of 144sqkms that the company holds in the areas where they formerly work.

“We also call for timely and adequate compensation for the victims of torture, theft, robbery and extortion that happened during broad day light on 4th August 2017,” Kibirige said.

The miners also appealed to the committee to fast track the new minerals and mining bill 2019 to allow artisans, small scale miners to use adequate capital and technology. 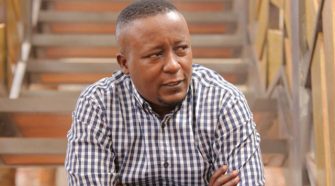