State Media, Zimbabwe Broadcasting Corporation (ZBC) has announced. Mugabe, 93, is expected to resign from his position as President of both his party and country after being recalled by his party earlier today.

Robert Mugabe agreed on Sunday to resign as Zimbabwe’s president hours after the ruling ZANU-PF party fired him as its leader following 37 years in charge, a source familiar with the negotiations said.

ZANU-PF had given the 93-year-old less than 24 hours to quit as head of state or face impeachment, an attempt to secure a peaceful end to his tenure after a de facto coup.

A source told Reuters the Zimbabwe military was working on a resignation statement by Mugabe, without giving details.

Earlier on Sunday, the official Herald newspaper showed pictures of him meeting top generals at his State House offices.

Mugabe, the only leader the southern African nation has known since independence from Britain in 1980, was replaced by Emmerson Mnangagwa, the deputy he sacked this month in a move that triggered the mid-week intervention by the army.

In scenes unthinkable just a week ago, the announcement drew cheers from the 200 delegates packed into ZANU-PF’s Harare headquarters to seal the fate of Mugabe, whose support has crumbled in the four days since the army seized power.

Mugabe was given until noon (5.00 a.m. ET) on Monday to resign or face impeachment, an ignominious end to the career of the “Grand Old Man” of African politics who was once feted across the continent as an anti-colonial liberation hero.

His stunning downfall is likely to send shockwaves across Africa, where a number of entrenched strongmen, from Uganda’s Yoweri Museveni to Democratic Republic of Congo’s Joseph Kabila, are facing mounting pressure to step down. 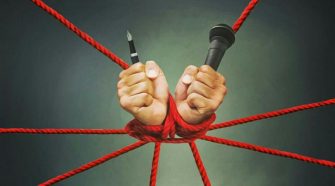