The patron of Vipers FC, Lawrence Mulindwa has downplayed the importance of the newly introduced nationwide football tournament by the Federation of Uganda Football Association (FUFA), dubbed ‘the drum’, saying it is of no value to the Ugandan football.

While addressing journalists yesterday at the St. Mary’s stadium, Mr Mulindwa, the former FUFA president said that them (Vipers) are in full support of the championship but the current arrangement does not help to tap new talent and that, the timing also frustrates competition of clubs in the league.

“There have been rumors going on that we are not in support of the FUFA Drum but I want to categorically state that as Vipers FC we are fully behind the initiative because we believe talent identification is very crucial,” he stated.

“We were part of the FUFA assembly in September last year that passed the existence of the tournament because we are members of FUFA and our thinking was that tapping into unearthed talent was important from across the entire country,” he added

Despite the 16 province championship kicking off today, Vipers FC players won’t feature since their club earlier wrote to the federation sighting irrelevance of the tourney.

“As Vipers SC, we do not believe Ismail Watenga, Nicholas Wadada and the like playing in a tournament aimed at giving chance to the unknown makes value.  It leaves one wondering whether the cause is still talent identification or fans recruitment because you want to bring the established players,” Mulindwa explained.

He further punched holes in the credibility of the new invention saying the players lack insurance with subjects them to a great loss in case of any injury.

“The tournament comes at such a crucial tournament when every team needs their full squad because of the stiff competition in the league and the Uganda Cup. I believe the timing was bad. Why not at the end of the season?” he asked.

The Vipers FC boss added; “Besides, what is the insurance of our players if they get injured in such games? The scenario of Halid Lwaliwa is still fresh in our minds and he has been on the sidelines since May last year. We have used a lot of money to make sure he returns to full fitness”.

The Drum tournament is composed of 16 provinces from allover the country and will run the whole year round from today February 24, until October 6.

In the opening game, Busoga will play Bugisu today at Bugembe stadium in Jinja. 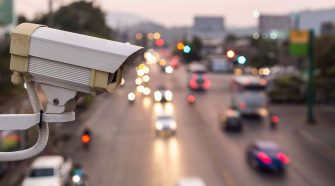