Ugandan football lovers who are part of the DStv Facebook community have received prizes for their participation in online challenges amounting to a month of free online subscription in line with the kickoff of the New Football Season which was launched with DStv and GOtv last month.

Francis Mutyaba who won for participation in an AFCON promotion, and Ronald Harrison Sekungu who won a spot the position of ball competition ahead of the opening game for the English Premier League on 9th August, both received limited edition SuperSport remotes to go alongside their one month free, DStv premium subscriptions.

“It gives us great pleasure to reward some of our loyal customers during this Football Season which we can tell they’ve got a great passion for,” said Joan Semanda Kizza, the MultiChoice Uganda PR and Communications Manager.

“We see and recognise the zeal with which our online competitions are entered, and there is no better way to inform to let our customers know we recognise them, than with surprising them with a month free of DStv subscription, she added.

“I have been a DStv supporter for a long time and it feels great to be rewarded with something – especially when I least expected it,” said Francis Mutyaba.

“Because I had watched the Premier League game between Liverpool and Norwich City, I knew where that ball position was,” said Ronald Harrison Sekungu. “I knew I had go the answer correct, but was not certain I would be chosen as the winner,” he stated.

The Football Season continues with La Liga where Atletico Bilbao will play against Barcelona and Arsenal vs. Burnely this weekend. La Liga games are also available for our GOtv Max and GOtv Plus customers. “I Even Thought About Changing My Name” – Jackie Chandiru on Relapse, Quitting Social Media 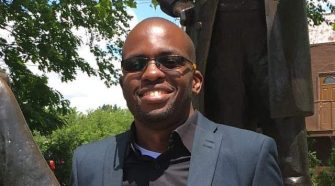 OPINION: Dear “Maama”, Did You Speak as First Lady, Minister, Pastor or Grandma?