MultiChoice Uganda has effected the recently announced price cuts for DStv and GOtv Plus customers. The new bouquet monthly charges took effect on September 1 in a move the pay TV giant says will enable viewers enjoy quality entertainment content, and the new football season for less.

“After a consideration for economic relief to our valued customers, we have reduced our prices for our DStv Premium, Compact+, Compact and Family as well as the GOtv Plus package,” MultiChoice Uganda said in a statement on Tuesday.

“These are tough economic times and as a company, we’re constantly looking at various ways our to thank customers for their ongoing support and loyalty whilst delivering a world-class entertainment service at a price they can afford,” said Joan Semanda Kizza, the PR and Communications Manager of MultiChoice Uganda.

“These significant price drop the various DStv bouquets and GOtv Plus is our way to demonstrate our commitment to ensuring our customers receive the best possible access to great entertainment at outstanding value.”

MultiChoice says it is committed to putting customers at the heart of every decision it makes “with the aim of continuously delighting them with great entertainment at the best value”.

In its latest giant leap in providing customer value, MultiChoice says, it will make great entertainment even more accessible to more consumers in Uganda. This is expected to grant more customers access to the complete world of exciting entertainment channels at a lower price.

In the lead up to Tuesday’s announcement, MultiChoice has run a teaser campaign titled, “Where is Everybody” with the date 3.9.19. The campaign on social platforms showed numerous video clips highlighting empty streets, with the implication that Everybody has been missing because they have been watching TV.

During this period of the reduced price, all active DStv customers will also get access the UEFA Super Cup match between Liverpool and Chelsea, which will follow on Wednesday 14 August 21:00 CAT on SS3.

Below are the new prices. 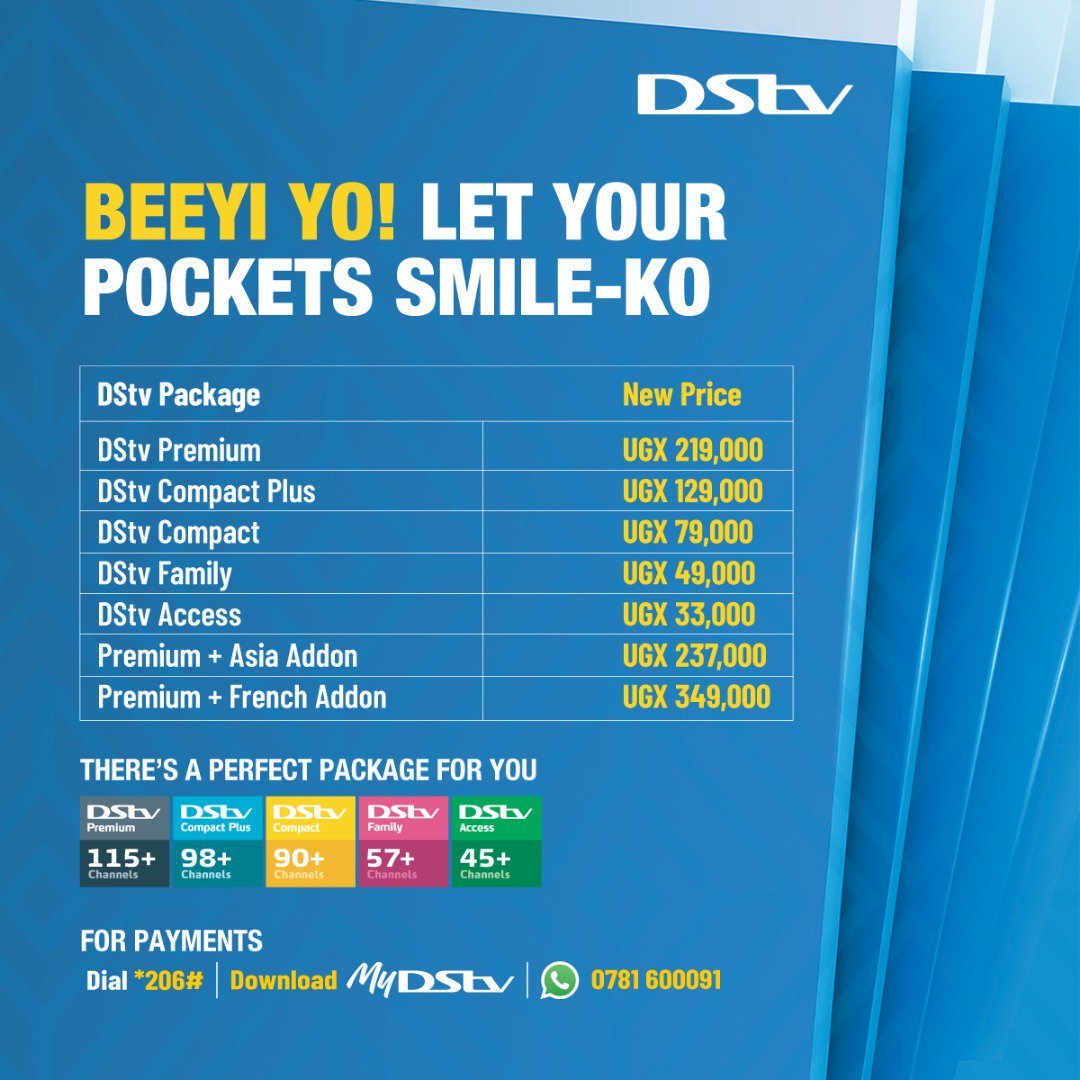