Court in Gulu is Monday morning hearing the bail applications of Members of Parliament and other 30 people who were arrested in Arua two weeks ago following the chaos that broke out in the recent by-election.

Prosecution alleges that the accused on August 13, 2018 at Arua municipality and other places with intent to do harm to the President unlawfully threw stones thereby hitting and smashing the hind window of one of the vehicles in the Presidential convoy.

By publication time, all the MPs and a few of their co-accused had been arraigned before court along with their respective sureties.

Lawyer Caleb Alaka from the defence side presented suspects and sureties, and gave reasons why the accused qualify to be granted bail. He explained to court the designations, contacts and places of abode for the sureties.

Bobi Wine appeared in court with two clutches as he could not walk by himself. Among people presented as his sureties was former FDC President, Maj Gen (Rtd) Mugisha Muntu, his brother and singer, Eddy Yawe and MP for Buyaga West county, Barnabas Tinkasiimire.

A surety is a person who takes responsibility for another’s performance of an undertaking, for example their appearing in court or paying a debt. Their roles include ensuring that the accused appears in court whenever they are required and complying to all the bail requirements including not leaving the country.

The bail hearing was attended by among others; four time Presidential candidate, Dr Kizza Besigye, Leader of Opposition, Betty Aol Ochan and her predecessor, Winnie Kiiza and several MPs.

Court is yet to pronounce itself on whether the accused can be released on bail or not. Defence through lawyer Abdu Katuntu sought an adjournment for his team to sort out the documentations for the remaining sureties to which the Judge granted 30 minutes.

The court room was fully packed and sureties were forced to give room to those who hadn’t been presented. 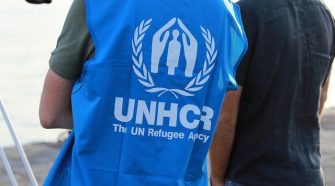