The outgoing Forum for Democratic Change (FDC) President Gen Mugisha Muntu has said that he is not considering leaving the FDC to form a new party after he lost the Presidency to Patrick Oboi Amuriat last week.

He rather appealed for a shift in the FDC’s political culture to make it more democratic, tolerant and transparent as it positions itself to take government.

Muntu who addressed a large section of the press on Wednesday morning said that he is still a member of the FDC, allaying speculation that has been dominating public debate about the possibility of him leaving the party.

“Starting a new party isn’t a new suggestion. It was around even when we left NRM but we said no. Because despite the resistance, we recognized that the dynamics at the time required a common front and we formed FDC,” he said.

The former army commander of the UPDF said that even if there was to be split within Uganda’s biggest opposition party, “the dynamics will be no different because all actors are products of our culture as a country”.

“A national culture where many of us who are politicians, say one thing and do a different thing.”

Rather, he said that FDC should focus its efforts on building a new culture where its leadership acts consistently to what they talk about.

Muntu again admitted that FDC is entangled in a crisis of mistrust and incoherence. He described the divergent views within the party as being “healthy” and not unique to FDC.

“There’s a lot of debate on what’s in FDC following our Presidential elections to the extent that it has sucked in the general public, which is healthy.”

Asked on his way forward after losing the Presidency, Muntu announced that he is going to embark on a nationwide consultation on issues affecting the party and the country at large, before a decision is made.

“We need to discuss issues within the party and we don’t intend to rush to make any decisions out of emotions or frustration. We must be careful about implications of the decisions we shall take,” Muntu said.

Beyond internal party issues, Muntu said, the consultations that will be held throughout December will also focus on the proposed constitutional amendments on the Presidential Age Limit and land.

“Doctors just ended their strikes, state prosecutors are still striking, crime is on the rise, there’s a lot of desperation but the only thing Museveni is interested in is changing constitution to stay in power.”

“In light of this, starting next week we shall go back to what we were doing before the elections – building structures to empower Ugandans to take back their country,” he said.

“Some feel that the undeniable issues in our party are irreconcilable but we need a frank open exhaustive discussion not just with newly elected leaders but all party members in Uganda,” Muntu told the press.

Regardless of outcomes of these consultations, he said he intends to put interests of country ahead of his personal interests.

He challenged the FDC leadership to entrench values of democracy, transparency and ensuring openness short of which the party will not deliver the good governance it has always fought for.

“Many are focused on removing the dictatorship but there are issues beyond a dictatorship.”

During last week’s delegates conference at Namboole stadium, Muntu hinted on the sticky issue of the lack of trust in him by a section of FDC. Critics have since questioned why he continues to operate in a party where he is considered to be a “mole”.

Responding to this, Muntu said; “At an individual level I can almost operate in any environment. There are reasons why they think the way they think, if conditions change they will think differently. We must create a democratic and open political environment within which everyone thinks however they want because isn’t that what we have been fighting for anyway?”

Earlier at the same news conference, the Opposition Chief Whip Ssemujju Nganda had also challenged his party members saying that “fighting is as important as the moment after winning the war because if you can’t provide leadership, you will have lost twice.”

He said that FDC would rather not govern than to govern badly. 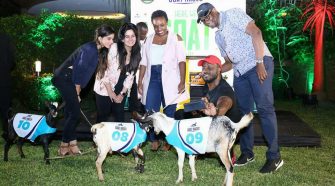