49-year-old John Karuhanga who is suspected of killing his son, pictured at Mbarara police station.

Mbarara – Police in Mbarara district has in its custody a 49-year-old man named John Karuhanga on allegations that he murdered his own son.

Police spokesperson for Rwizi Region, ASP Samson Kasasira confirmed to this website on Monday that the suspect has been on the run since last week when he picked a machete and slit the son’s throat. Police identified the deceased as Wilbert Muhumuza who was 24 at the time of his brutal death.

Muhumuza was buried on Friday November 16.

“On Thursday at around 8am, there was murder committed in Nyakayojo Division where a one Karuhanga John murdered his own son. Since then, Karuhanga has been on the run,” ASP Kasasira told SoftPower News on Monday.

Karuhanga almost got lynched by locals who were enraged by the alleged murder of his son, only to be saved by Police.

According to Irene Tusingwire, the wife to the suspect, the death of her son stemmed from her husband, Karuhanga claiming Muhumuza’s wife. But Karuhanga revealed on Monday that the matter arose from the family’s long standing issues related to land sharing.

“I first gave him [Muhumuza] land but he sold it to play cards. Later, he asked for another piece of land to pay for his bride price as well as to buy a motorcycle, which I refused to do,” the suspect said.

“It is from this background that he got a pang to kill me but in self-defense, I accidently chop his neck,” Karuhanga said.

The father pleaded for a lenient punishment so as to be able to cater for his 12 children along with his wives.

“Like I told you, I never intended to kill my son. You can see, I gave him my property. I only targeted his arm but accidently cut his neck”.

By press time Karuhanga was being escorted to Mbarara referral hospital for mental examination before facing court on aggravated murder charges.

ASP Kasasira said that the case file will be taken to the DPP’s office for perusal.

“Per now, we are having him here and after completing his file, we are going to send it to the Resident State Attorney for perusal,” said the spokesperson.

Kasasira condemned issues of mob justice among the public but also discouraged acts of domestic violence. 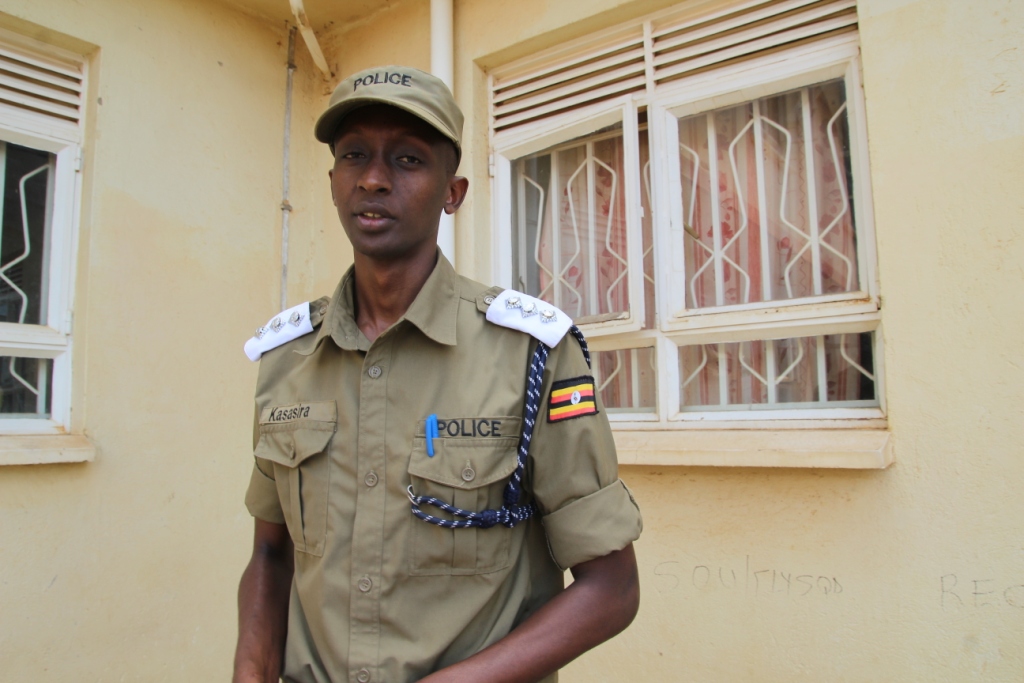