President Yoweri Museveni has Wednesday asked tax body Uganda Revenue Authority (URA), Statehouse Anti Corruption Unit (ACU) and the office of the Inspector General of Government (IGG), to prioritize integrity when recruiting employees instead of academic qualifications, if corruption and embezzlement of public funds are to be put to a stop.

The Head of State said he knows government officials who are involved in corruption related activities and intends to arrest them as soon as he gets sufficient evidence.

The walk which was held under the theme “A corruption-free Uganda starts with me” was aimed at raising awareness on the dangers and measures government is undertaking to fight corruption, ensure culprits are appropriately punished and where possible stolen public resources are recovered.

According to the President, the country has sufficient laws to stop corruption but this has not been achieved because of loopholes in implementing them.

“The laws are in place, I don’t think there is any law we have not put in the strategy books. The problem is with implementing and I think the mistake was in the recruitment in office of the IGG (Inspector General of Government) and even this Nakalema’s office (Anti Corruption Unit) and URA (Uganda Revenue Authority), don’t recruit people there on the basis of paper qualification, recruit people on the basis of integrity,” said the President.

“I monitor your groups, people tell me – the ones who bribe your people, they come and tell me. Only that I don’t have enough evidence to arrest you but I know many of you who are corrupt. So, if you see that I have not arrested you don’t think that you are safe, I am just waiting for enough evidence,” he added.

He says the mistake the IGG, URA and the Anti-corruption Unit are making is to recruit people using papers. He says they should look for integrity.

“People with integrity are there in Uganda, look for them not merely papers so that we have got a safe zone – a zone where there is no corruption. But now, you are depending on papers and this is why the whole system is infiltrated.”

According to the President, corruption is both a moral and a spiritual problem. He says by one engaging in corruption, they subject themselves to becoming a parasite.

“Corrupt people are parasites because they get wealth which they did not earn. The parasite sucks the cow’s blood yet it doesn’t give back anything to the cow. Secondly, spiritually corrupt people are are bad investors because they think that the bad things they do are not seen by God by the mere fact that people don’t see them yet God sees what people don’t see,” explained the president.

The President said since 1960s, he hasn’t witnessed any corrupt people sustainably utilizing the wealth the gathered from corruption and embezzling funds.

Quoting the Lord’s prayer in the Bible, the President rallied fellow political leaders to help people they serve get out of poverty saying, this will be an addition to ending corruption.

“If people don’t have jobs, income, the temptation is high. So therefore, it is not correct to speak especially for the leaders in terms of morality and spirituality and leave out the social economic side of the people. Everybody who is able should make sure that people get jobs and they get wealthy. That is why recently I moved around the country talking about jobs and wealth,” said the president.

He explains that the jobs and wealth sectors are four which include commercial agriculture, Industry, service and Information communication technology.

The President told the political, judicial and administrative leaders that in order to create a material base for Ugandans to get out of acute need which forces them to be corrupt, “we must support the expansion of these four sectors because that is how we can create jobs, wealth and income”.

“People with money can be corrupt also and in fact, many of them are corrupt but sometimes corruption is caused by acute need, so you must address the three of them the moral, the spiritual and the material.”

He says anybody who delays a project in agriculture, industry, ICT and services is indirectly an enemy in the fight against corruption in Uganda.

“Let us develop our economy and then we can preach on the moral and spiritual sides but having addressed the material side of the human needs,” he said.

The President also highlighted lack of sufficient supervision by authorities as one of the hindrances in the fight against corruption.

“These units are not supervised like the Police there has been poor supervision and poor tasking. There is a case recently where a school owner allegedly defiled a school child and the child contacted the parents who reported to police but police wrote a statement of indecent assault instead of defilement – they changed the who thing and because of that the suspect was released on bail,” said the President.

The school Director is Wamala Assad who owns Wamala mixed Secondary and primary schools. He is currently currently after being arrested by a Statehouse team. He is alleged to have defiled nearly 10 students of his school.

He said, he instructed a team in the Special Forces Unit to follow up the case after reading about the case in one of the local dailies.

“I am someone who is very busy, I have no time to read newspapers on a daily but once I see something concerning crime, I follow it up, why not you the concerned department follow up on such crimes yet you have a smaller area to look after?” asked the President. 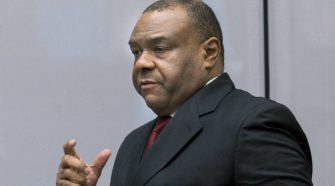