She replaces Dr. Kenneth Omona who currently serves as Principal Private Secretary to the President.

Kyatuheire was the pioneer Kanungu District Woman MP in 2002 when the district was curved out of Rukungiri District and she represented the District up to 2011. She also served as the Chief Administrative Officer.

Before her appointment as the Deputy NRM Deputy Treasurer, Kyatuheire had declared her interest to contest as Woman MP in the 2021 elections. 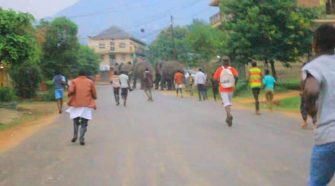