President Yoweri Museveni has Wednesday afternoon asked political and technical leaders in the seven new cities which have commenced operations today to work on harmony so as to ensure efficient service delivery to the people.

The towns whose operations started today include Arua, Mbarara, Gulu, Jinja, Fort Portal, Makasa and Mbale and are part of the nine 9 new cities across the country whose be implementation is being done in a phased approach.

Others are Nakasongola, Moroto, Kabale, Soroti and Wakiso which will be operationalized in 2023/2024.

In a message congratulating the people of the seven cities posted on his Facebook page, the President said more cities will be created on top of the now eight in the country.

According to the president, the establishment of the new cities will bring services nearer to the people.

“The elevation is an acknowledgement of the growth these towns have experienced but importantly a move to ensure more services are brought closer to the people,” says the Head of State.

“My guidance is that the political and technical leaders must work in harmony to ensure the cities are run efficiently,” he added.

The President also appealed to Ugandans to be involved in the running of these cities, especially through oversight.

It should be remembered that while justifying the creation of new districts in November last year, State Minister of Local Government, Namuyangu Kacha Jennifer, said the country’s Vision 2040 envisages an urbanized Uganda, an ambitious plan that seeks to elevate to a middle income status.

“There is no doubt that the future of Uganda’s growth will continue to lie in new cities which will be strategic and Regional,” said Namuyangu.

Cabinet in May noted that the creation of these cities will increase urban infrastructure services like tarmac roads, improved waste management, water services, effective and efficient physical development and planning and implementation. 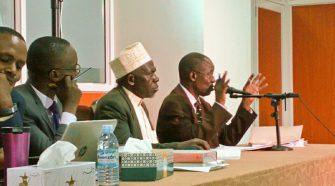