With just one day to the Ruhaama constituency Parliamentary by-election, President Yoweri Museveni has traversed the constituency in Ntungamo district to drum up support for the NRM party candidate.

At all the four campaign rallies, Museveni reminded the electorate to value their votes by casting them in favour of the NRM flag bearer for continued development.

He stressed the importance of electing a Member of Parliament who is part of the ruling government which he said will make it easier to lobby for services.

He said a vote should be considered as a tool for winning services into the area and not a weapon to fight unnecessary battles or creating friendship. He also warned Ugandans against staging fights for political positions as if ‘Uganda is ending tomorrow’.

Museveni applauded the previous leaders in Ruhaama particularly the First Lady and Minister of Education and Sports, Janet Museveni for steering the constituency leadership well which enabled its dwellers to benefit from different government programs.

On matters outside electoral politics, the President further advised the residents to stop fragmenting their land but instead use it jointly for commercial farming. He also urged them to continue fighting poverty by engaging into productive activities like modern poultry, animal rearing and onion growing among many others.

The NRM Deputy Secretary General, Richard Todwong assured Museveni that the party was committed to protect the votes and earn NRM its first election victory in this New Year.

On his part, the NRM candidate Moses Kahima hailed the National Chairman for sparing time to come and drum up support for him. “I am greatly honoured by your presence President and I pledge to serve Ruhaama and the NRM party whole heatedly”, said a visibly excited flag bearer.

NRM’s Mugabe is set to battle it out with Independent but NRM leaning candidate, Eng Jackson Mubangizi who is his strongest contender. Mubangizi lost to Mugabe in the NRM primaries which he said were marred with irregularities before deciding to stand as an Independent candidate in the main race. 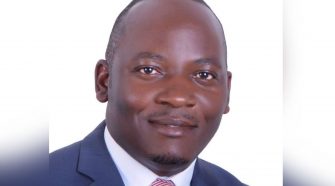