President Yoweri Museveni has commended the work and role played by the Great Lakes’ Private Sector Forum through sensitization and working together for economic integration.

“I am happy that the forum has realized that production requires enhanced market integration,” he said.

The President was Thursday meeting the Chairman of the Great Lakes’ Private Sector Forum, Richard Ngatia, and his delegation at State House, Entebbe.

Museveni and the delegation discussed matters related to strengthening of the integration processes for the private sector partnership between the Chambers of Commerce of the respective countries that constitute the Great Lakes’ Region.

He stressed that Africa should emulate examples of the developed countries such as Britain which united British colonies to form the United States of America and united America has harnessed development by utilizing her available natural resources.

President Museveni contributed USD 100,000 (Shs 368m) towards preparations for the Great Lakes’ Private Sector Forum Investment Conference, slated for March 2020 in Kigali, Rwanda. The aim of the conference will be to harmonize the private sector and the business communities and foster better linkages.

Ngatia, on his part, revealed that they had come to meet the President to seek his guidance on driving the private sector to higher echelons of development for the benefit of the African continent in general.

“Your Excellency, we expect a lot from you because you have always campaigned for Uganda’s economic transformation hinged on industrialization,” Ngatia said.

He thanked the President for his ardent championing of the cause of industrialization and East Africa’s integration. 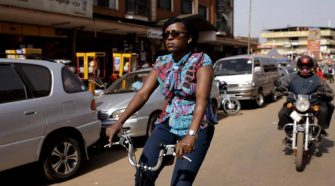