President Yoweri Museveni has directed the State Minister for Privatization and Investment, Evelyn Anite to effect an audit on insolvent telco, UTL.

The directive is contained in a July 16 letter authored by the President following concerns raised by Minister Anite on the Administration process that UTL is undergoing.

“This is to direct you to institute an audit in the activities that are going on in Uganda Telecommunication Limited,” the President said in the letter.

He told the Minister that he has heard of some allegations and that if conducted, the audit should clear them (allegations) or confirm them.

Last month, Anite wrote to the Attorney General, William Byaruhanga directing him to apply to court to have the Administrator of UTL, also Official Receiver, Bemanya Twebaze.

She claimed government had encountered considerable difficulty dealing with the Administrator and has completely lost confidence in his ability to continue to serve the role of UTL Administrator.

“The purpose of this letter is to request you to urgently apply to court to replace the current Administrator within the the context of section 172 of the Insolvency Act, 2011 and the Insolvency Regulations (161 (1))”.Anite added.

However, both the Attorney General, William Byaruhanga and his deputy Mwesigwa Rukutana have advised against the request by the Minister, saying the Ministry of Finance under which Anite’s docket is lacks the locus to apply to court for replacing Bemanya.

This is because the Ministry of Finance is a shareholder and the law provides that only creditors to the insolvent company can apply to court for changes in Administration.

Byaruhanga and Rukutana further warned that the interference in the process of Administration could frustrate the ongoing process of sourcing for investors.

“Refer to the telephone conversation I had with you this morning, the 3rd of July 2019,” Museveni wrote to Otafiire.

Museveni advised against divesting the telco.

“As I have guided on several occasions given the strategic importance of UTL to the economy of Uganda, Government has been the process of identifying suitable investor(s) to partner with to revamp UTL as opposed to divesting it,” Museveni said.

“The above position was also taken by Cabinet”.Museveni directed that no actions contrary to the position by Cabinet should be taken on UTL issues

In April 2017, Anite nominated Bemanya as the Provisional Administrator of UTL, on recommendation of the UTL Board.

The troubles of UTL began in February 2017 when the Libyan government which was the majority shareholder in UTL through UCOM limited took a decision to withdraw all its 5 Directors from UTL. 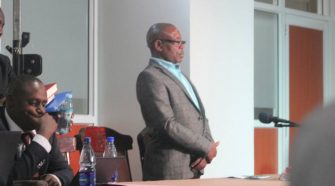