This was revealed Wednesday by Prime Minister, Dr Ruhakana Rugunda, who held a meeting with the family of the late and UPC leadership to plan an official burial for Rurangaranga as directed by the president.

“HE Kaguta Museveni has directed that an OFFICIAL burial be given to our elder, Edward Rurangaranga. RIP,” Rugunda later tweeted.

Rugunda hailed Rurangaranga for playing a significant role in Uganda’s pre and post-independence history, both at local and national levels.

“He mentored many and was a principled man. May the Almighty God Rest His Soul in Eternal Peace,” the Premier eulogised.

The meeting later released the programme for sending off Rurangaranga.

On Wednesday 2nd August 2017 at 2pm, the body of the late was taken to Uganda House.

On Thursday 3rd August 2017 from 10am to 5pm, the body will lie in State in Parliament for public viewing and for Parliament to pay tribute.

On Friday 4th August 2017 from 9am to 12 noon, there will be a funeral service at All Saints Cathedral, Nakasero.

In the afternoon, the body will be taken to Kitagata sub county, Sheema district for burial.

On Saturday 5th August 2017 at 12 noon, the deceased politician will be laid to rest at his home in Kitagata.

Uganda People Congress (UPC) party president Jimmy Akena said they have a condolence book at the party headquarters for mourners to sign.

“Rurangaranga has been a member of the party for all his life. He was a Member of Parliament in the 60s. He participated actively in the war of liberation of 1978-79 which toppled President Idi Amin. He was appointed a Minister of State for Local Government in the second UPC government up to 1985,” Akena said.

Rurangaranga died at his home in Kitagata Sub County in Greater Bushenyi on Tuesday aged 87. 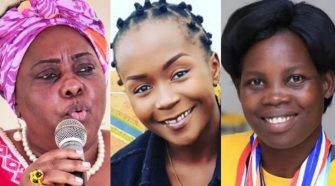