This was revealed in a post made on the official KCCA social platforms on Thursday.

We are glad to note that our Acting Executive Director — Eng Andrew Kitaka has got an extension of his contract in that capacity as @KCCAED by H.E the President of Uganda.
We commit to our journey and mission of delivering quality services to the City.
[? © #KCCAImages/Archives] pic.twitter.com/8EWvrQ43Rk

It followed the resignation of Musisi in October 2018 in a letter written to President Yoweri Museveni.

Musisi said she had decided to resign because of what she termed as failure to reconcile competing interests among other issues.

Eng Kitaka had been serving at KCCA as the Director for Engineering and Technical Services.

Kitaka’s tenure as Acting ED expired in June 2019 and the vacuum had already started causing paralysis at the Authority.

In November last year, a council meeting for KCCA seeking to debate the budget framework paper hit a snag in the wake of a conundrum surrounding the failure to appoint the Authority’s Executive Director.

However, according to the Mayor of Kampala, Erias Lukwago, the Acting Executive Director, Eng Andrew Kitaka had lost his legal status as the Acting E.D since the law only allows him to serve in Acting capacity for only 6 months (from the date of appointment).

“Under the Public Service Standing Orders, a person in acting capacity cannot exceed 6 months. So by operation of law, Eng Kitaka ceased being Acting E.D effective May 15, 2019”.

The Mayor wondered why the President has taken all this while to select the substantive Executive Director since December of last year.

“Six months is adequate for the appointing officer to take a decision. You would as the President, all this while, what has he been doing? It’s coming to a year now Why hasn’t he appointed a substantive ED?” the Mayor wondered. 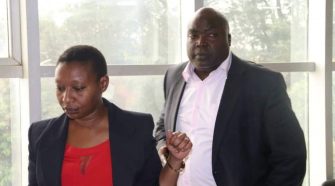