President Yoweri Museveni has contributed Shs 120 million towards the Quiin Abenakyo Foundation to support efforts by the Foundation to address teenage pregnancies and child marriages in Uganda.

The pledge was made on Monday by President Museveni while he attended the launch of the Quiim Abenakyo Foundation at Sheraton Kampala Hotel. The Foundation is an initiative of former Miss Uganda, Quiin Abenakyo who was also Miss World Africa.

The event was also attended by the Speaker of Parliament, Rebecca Kadaga who has been closely supporting Abenakyo’s initiatives.

“I am happy to associate with a focused youth such as Quiin Abenakyo,” she said.

Kadaga rallied all Ugandans  support the President in rendering formal education completely free, one of the factors the President said is contributing to teenage pregnancies and child marriages.

Speaking at the event, Abenakyo said the fight against violence against girls requires not just schools but a collective effort from all the stakeholders.

“At what age does the girl know the right time to have stage or to abstain? These are things that need to be communicated not only in schools. We need all stakeholders to come together and communicate this message,” she said in her speech.

“I can’t do this alone. That’s why we are all here to come together and fight for a common cause. Growing up, I knew that it takes a village to raise a child. What is happening today?” the former beauty queen wondered.

She said that in the modern times, people have become selfish and no longer care about the lives of their neighbors.

The Foundation seeks to ensure that these vulnerable girls are not just statistics but that they live to fulfill their full potential, Abenakyo said.

She revealed that the Foundation is in need of at least Shs 1 billion shillings to enable it implement its Five Year plan that includes outreaches in all regions of Uganda.

The 23-year-old made an appealed for donors to support her work.

Breche Van Lith, the Country Director for UNICEF Uganda underscored the need to invest in girls’ heath, education and protection to ensure  a better country for them.

“When a child becomes bride, she’s at risk of violence poverty, is often pulled out of school and can be left with serious health complications due to early pregnancy,” she said.

Findings from the same survey showed that 25% of teenage girls between ages 15 and 19 were pregnant or had started child bearing.

Breche said girls in Uganda continue to endure the horror of Female Genital Mutilation (FGM), trafficking, are denied their rightful place in the classroom and suffer daily violence at home and the communities.

She said the Quiin Abenakyo Foundation is another key player in the important agenda of ending teenage pregnancies and child marriages.

The event also graced by the Nabagereka of Buuganda, Slyvia Nagginda, Dokolo Woman MP, Cecilia Ogwal and other guests.

Abenakyo shot to the limelight in December last year after she made it to the Top 30 Finalists in the Miss World competition in Sanya, China.

She had gone head to head with Miss Argentina to pitch the projects they intended to implement in their countries. For Abenakyo, it was the high rates of teenage pregnancies that Uganda continues to grapple with.

She highlighted the worrying statistics in Uganda where one out four girls aged 13 to 17 is either pregnant or already a mother. She also told the judges and audience a depressing story of Daisy who was molested by her father at the age of 12 and later impregnanted by her grandfather.

“What am I doing about it? Together with Miss Uganda Foundation, we have a ‘Keep a Girl Child in School’ program to equip girls with resources and skills to encourage them to go back to school,” Abenakyo said.

“When you educate a girl child, you educate the entire community. And the biggest platform one can have is Miss World,” she added.

Not only did her presentation touch on a very critical social problem, but she also delivered it with utmost confidence and articulacy. This perhaps explains why all the three judges picked her over Miss Argentina, Victoria Soto. 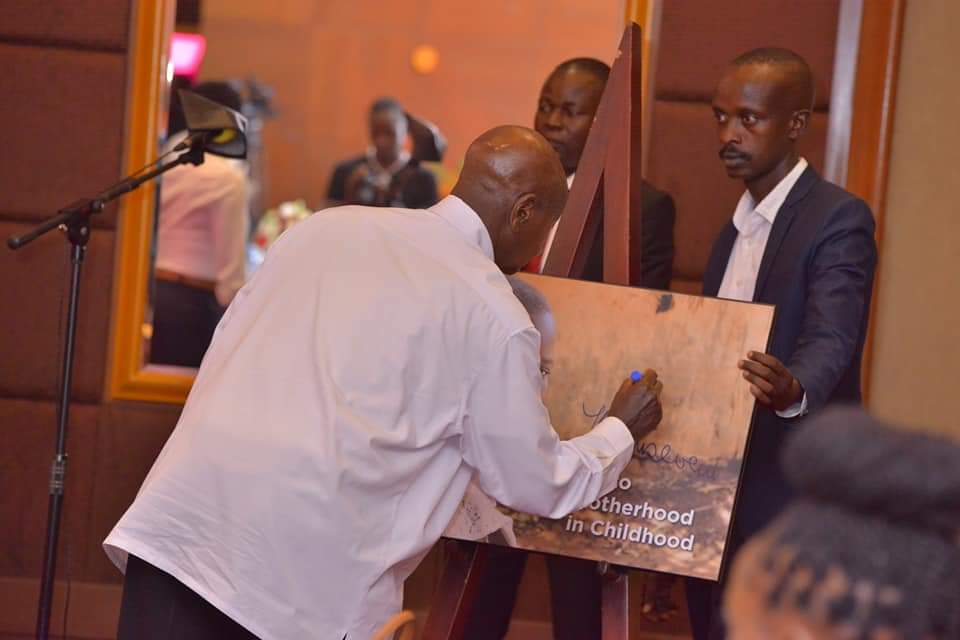 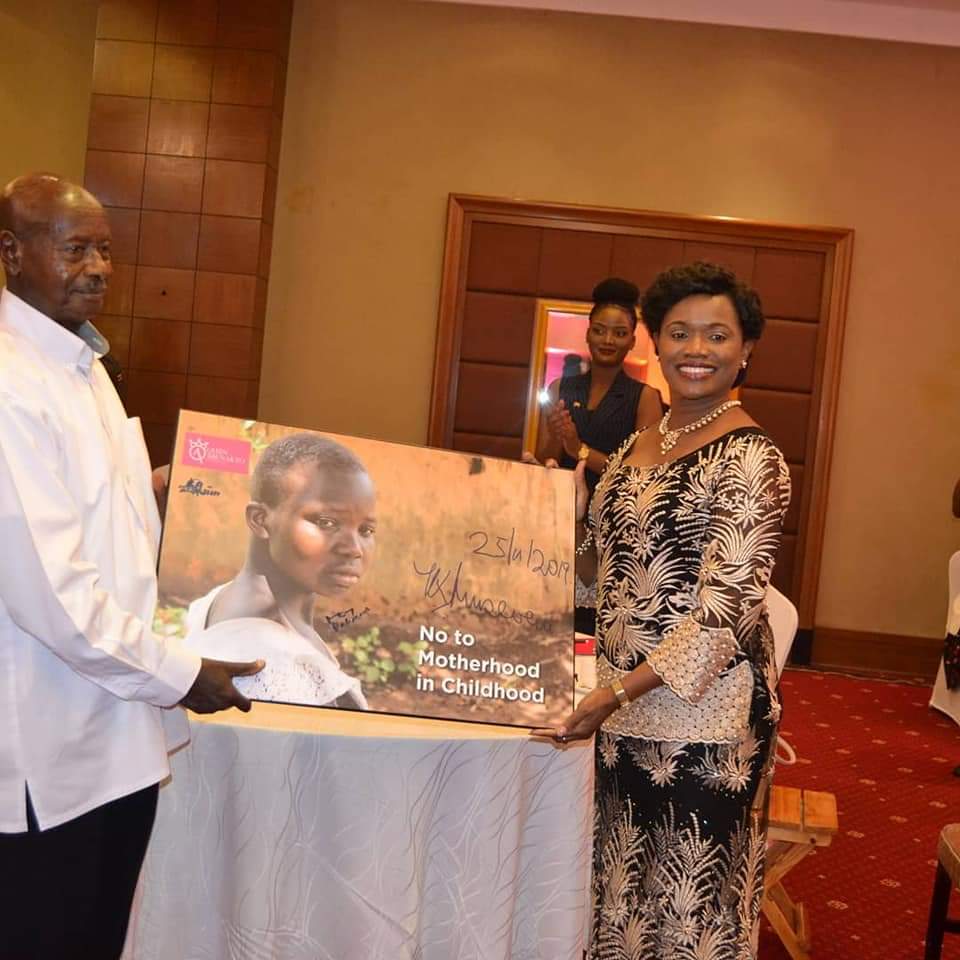 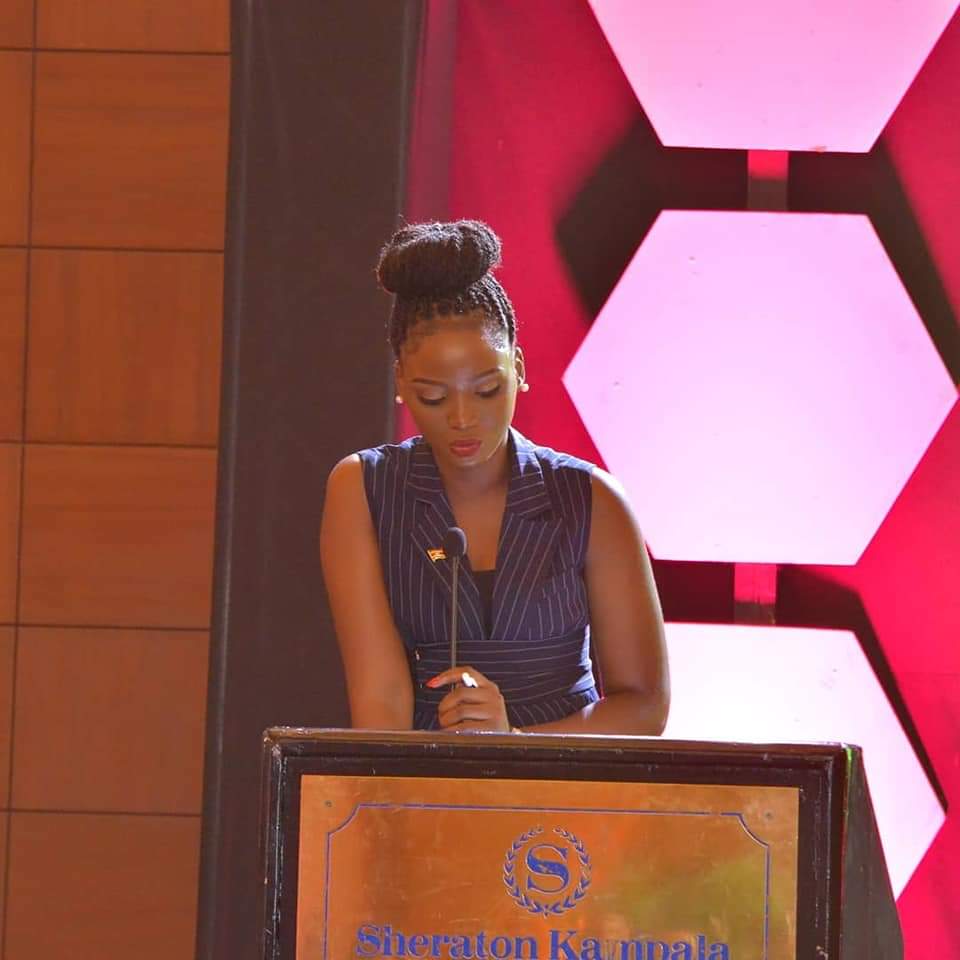 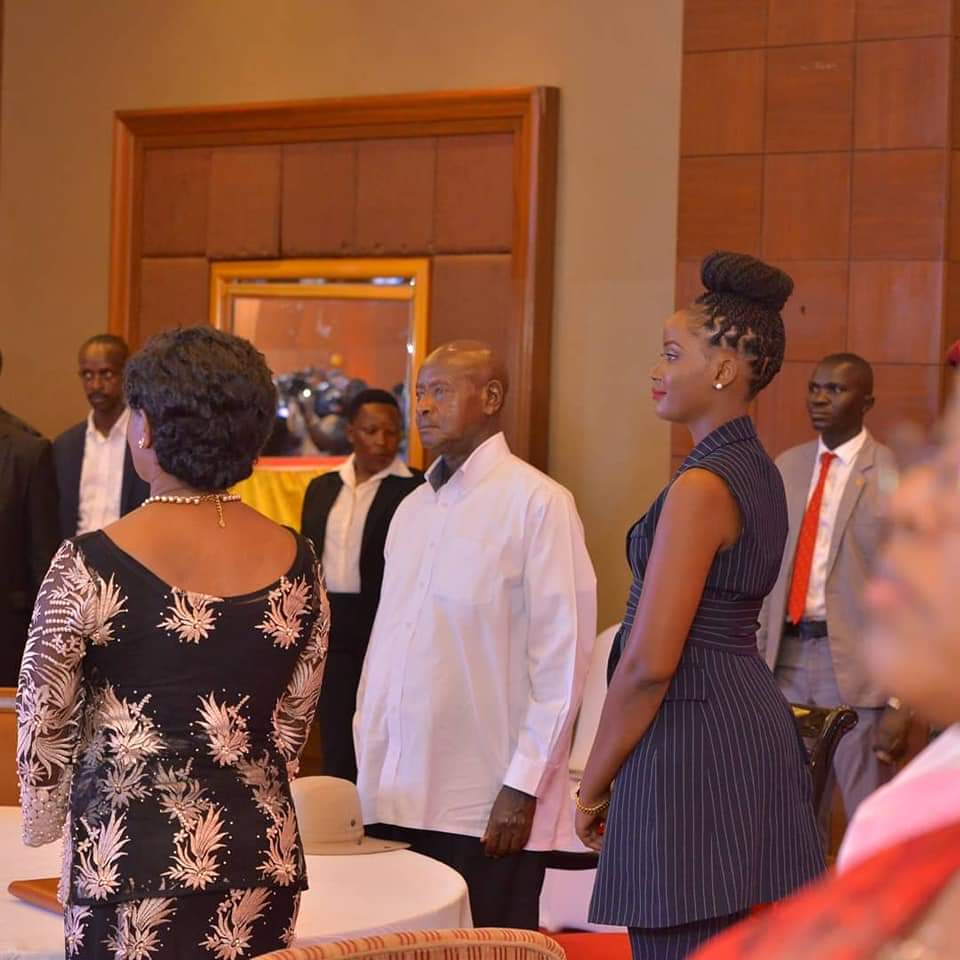 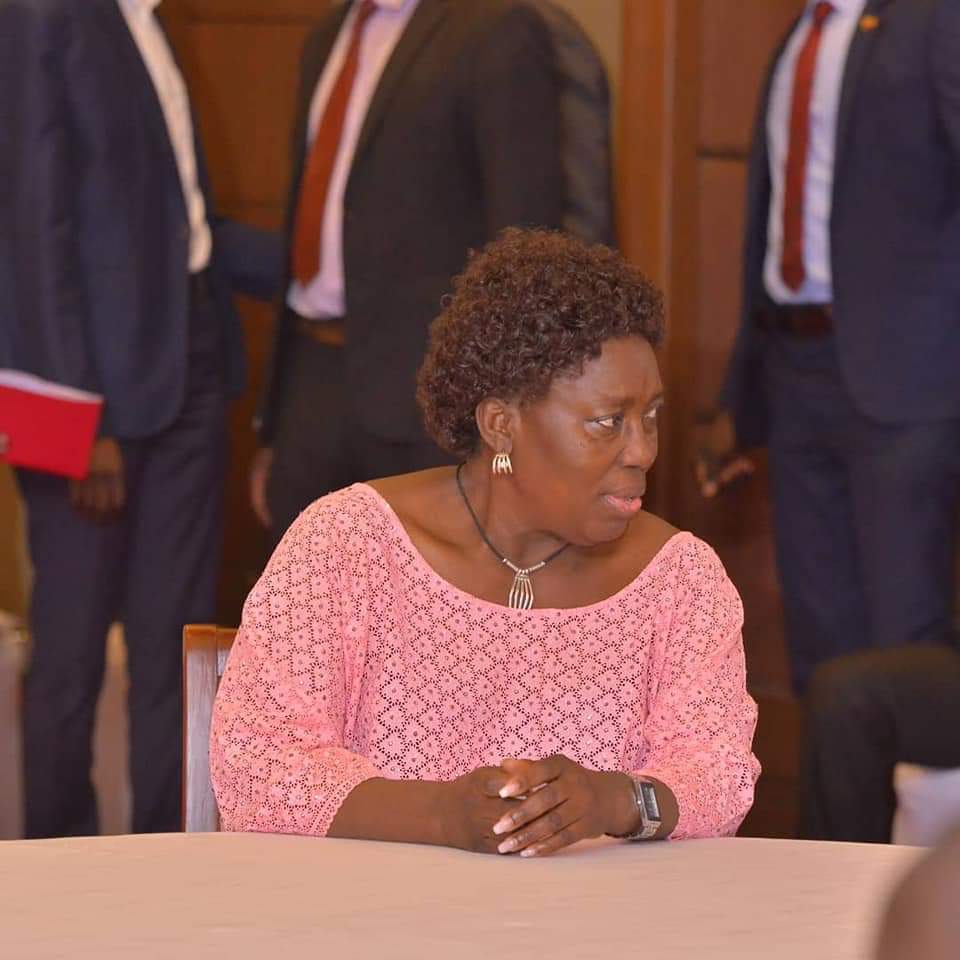 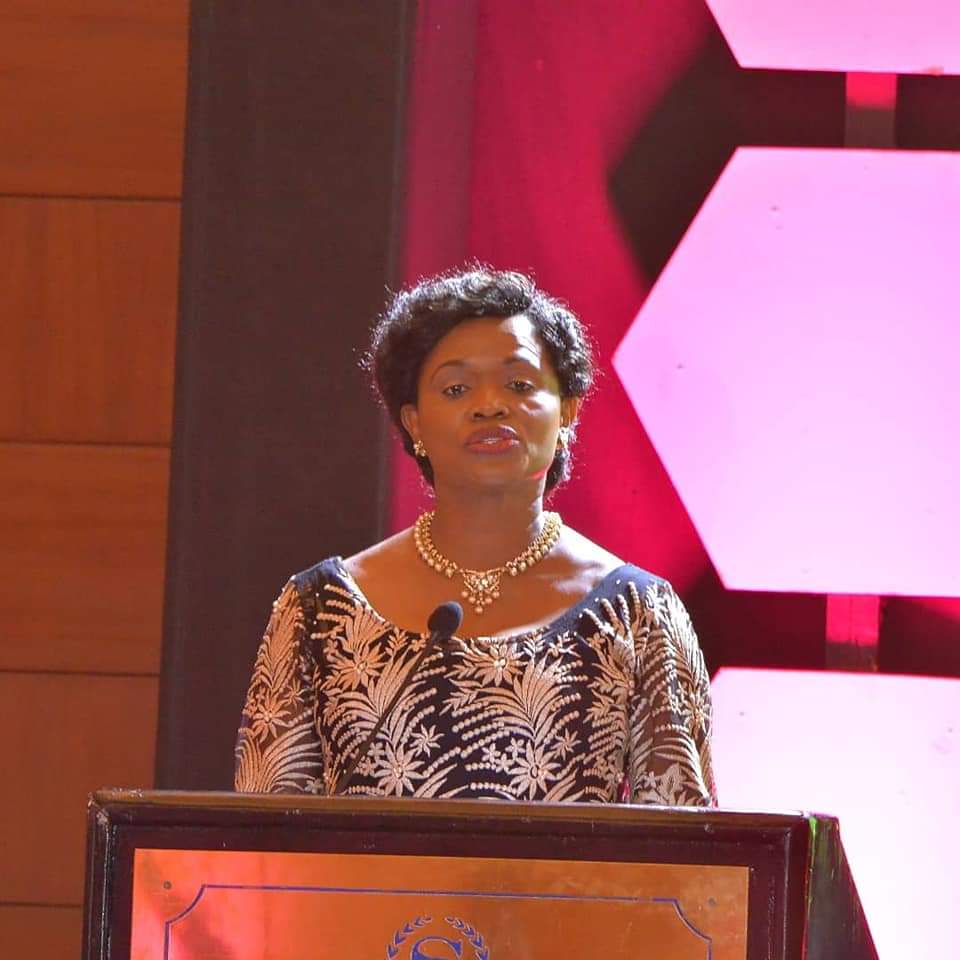 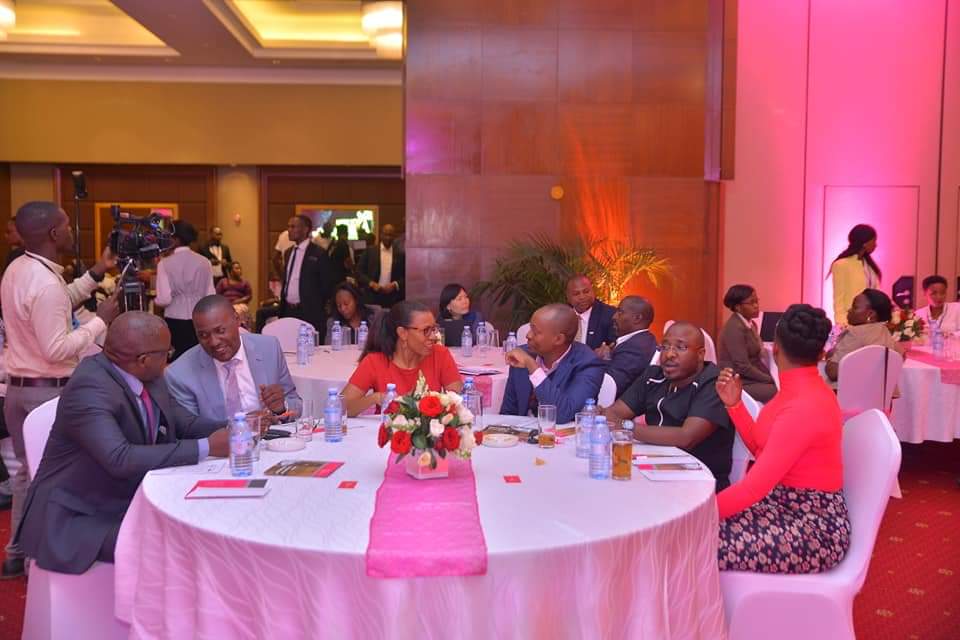 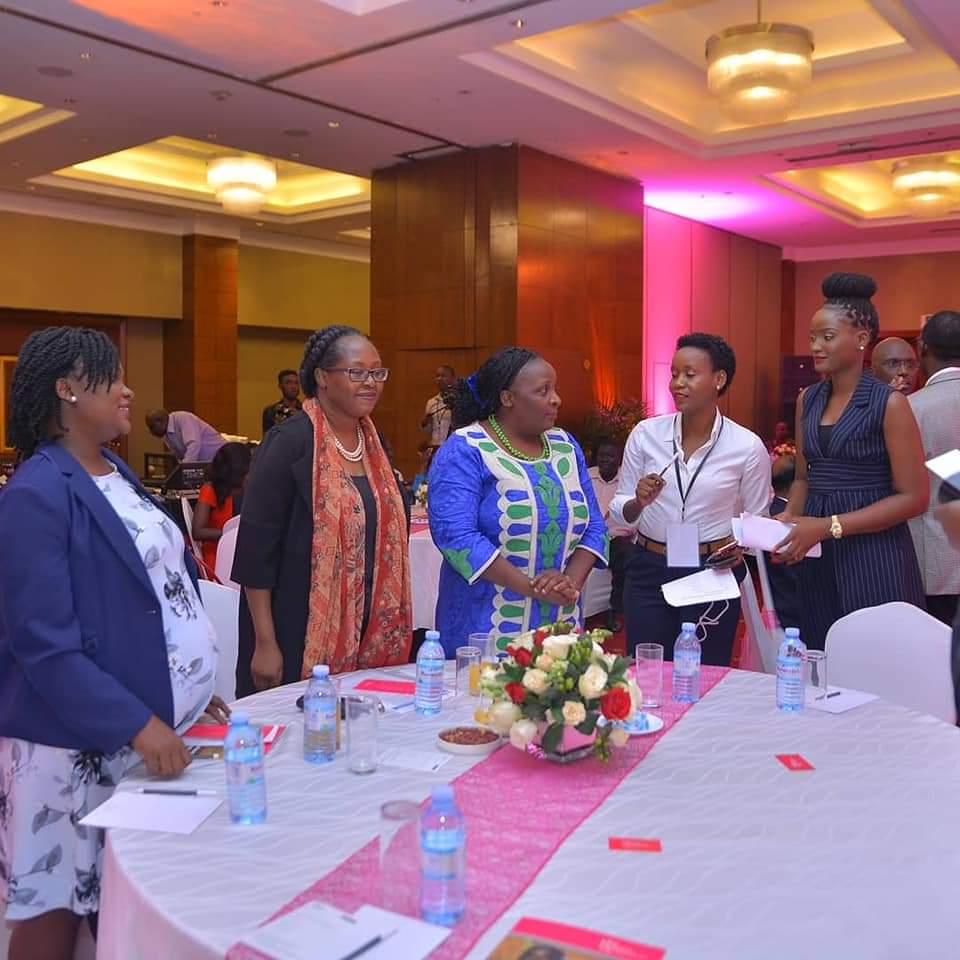 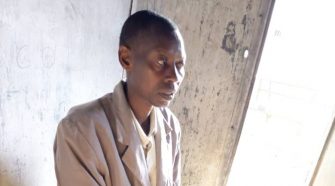