President Yoweri Museveni has said that government will ascertain the allegations brought against the Minister for Foreign Affairs, Sam Kutesa regarding a bribe he allegedly took from a foreign energy firm while he was President of the UN General Assembly.

The allegations first emerged late last year following an investigation by the Federal Bureau of Investigations (FBI) of the United State of America.

He was arrested in New York on allegations of bribery and has since been in detention.

It is reported that Sam Kutesa was paid USD 500,000 (Shs 1.8 billion) by Ho as a bribe to help the firm secure “business advantages” from UN and Uganda’s government.

Kutesa allegedly solicited the payment from Patrick Ho, purportedly for a charitable foundation that he wished to launch and in February 2016, the money was wired to Kutesa’s account through a bank in New York.

The two (Patrick Ho and Cheikh Gadio) who have been charged with criminal bribery and international money laundering are also accused of plotting to bribe Chad President Idriss Deby and Kutesa to secure business deals and rights.

Last week, Ho was convicted by a federal jury in New York City after he was found to have been involved in the highly syndicated corruption ploy.

The Assistant Attorney General Brian A. Benczkowski of the Justice Department’s Criminal Division said on Friday that: “Patrick Ho paid millions of dollars in bribes to the leaders of two African countries to secure contracts for a Chinese conglomerate”.

“Patrick Ho now stands convicted of scheming to pay millions in bribes to foreign leaders in Chad and Uganda, all as part of his efforts to corruptly secure unfair business advantages for a multibillion-dollar Chinese energy company,” the U.S. Attorney for the Southern District of New York said.

Berman added that Ho’s “repeated attempts to corrupt foreign leaders” were not business as usual, but “criminal efforts to undermine the fairness of international markets and erode the public’s faith in its leaders”.

On Monday, when asked by the press to comment on the allegations against Kutesa, President Yoweri Museveni said the Minister had told him the said ‘bribe’ was meant for a charity.

“Kutesa came to see me and I asked him. He told me that that money was for a charity. Because obviously it is a crime to get money from a foreign company,” Museveni said.

“What for? What were they paying you for? That would be a bribe and he would be answerable. But he says it was for a charity”.

The President made the comment while addressing a news conference at the Office of the President where he was launching an Anti-corruption Unit.

He said that the issue (involving Kutesa) is a matter of verifying facts, and that he has directed Minister Kutesa to get in touch with the Attorney General so that the facts regarding the said payment are established.

“This is a question of fact. So, I have told him to be in touch with our Attorney General to cross check. Was this money for the charity as he is saying or was it for him. If it was for the charity, was it delivered to the charity?” he said.

“What happened in New York is in New York. We are going to investigate ourselves,” Museveni added.

When the allegations against Kutesa first appeared in local press, government through the Ministry of Foreign Affairs was quick to issue a statement dismissing the claims as untrue.

In the statement, the Permanent Secretary Ambassador Patrick Mugoya said that by virtue of Kutesa’s role at the helm of the UN General Assembly, it necessitated that he engages with organizations to promote the development agenda.

“It is erroneous to insinuate or infer that Hon. Sam Kutesa, from references made to him and CEFC in the said media stories, is linked to the bribery allegations,” the statement by government read in part.

Government added that in order to implement the UN Sustainable Development Goals (SDGs) which were adopted in his term of service, Kutesa had to partner with organizations that enjoyed a consultative status with the U.N and that one such organization happened to be CEFC. 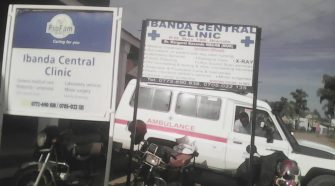