President Yoweri Museveni has commended the government and people of Denmark for the support they have given Uganda over the years including the 40 milk coolers and the US$28m fund to build the run-way among others.

The President was speaking at a meeting with the Danish Ambassador to Uganda, H.E Nicolaij Petersen at State House in Entebbe. Tbw ambassador was accompanied by his deputy Mr. Henric Jespersen. The Minister of Agriculture Hon. Vincent Bamulangaki Ssempijja attended the meeting together with that of Foreign Affairs Hon. Sam Kuteesa.

Denmark supports local farmers with cheap loans through their ABI Trust Bank at a 10% interest rate according to the Minister of Agriculture Hon. Vicent Ssempijja.

President Museveni welcomed the arrangement and said that the channel of the money should be very cheap and beneficial to the farmers.

“I recommend the arrangement that your ABI Trust Bank gives the money direct to the people or work with Uganda Development Bank (UDB) because they also give low interest loans,” the President said.

On the fight against the Corona Virus, President Museveni said that the government is focusing on avoiding the sickness and treating the sick people by supporting the body to fight the disease by itself.

“That is how and why we have 717 recoveries out of 805 positive cases by the 24th of June and we are working very hard to have a treatment,” the President said, adding that the real answer to the disease is getting the treatment or the vaccine.

President Museveni and Ambassador Nicolaij Petersen also discussed mutual cooperation between Uganda and Denmark especially in the field of Agriculture.

On the 2021 polls, the President said that elections will go as guided by the Electoral Commission and the scientists.

“If government radios are supported, they can ration time to candidates to speak to the people” he said.

The Danish Ambassador to Uganda H.E Nicolaij Petersen commended President Museveni and the government’s efforts in the fight against Coronavirus.

“We have been very impressed by Uganda’s efforts in the fight against Covid-19 and that is why we are supporting the fight,” the Ambassador said.

The Ambassador said his government made a donation of one million US dollars to the Ministry of Health towards the fight against Covid-19.

“We gave US$1million to the ministry of health for testing kits and protective gears in the fight against Covid-19,” he said.

Ambassador Nicolaij said that they have put US$15m in the Agricultural sector to be borrowed by farmers through their ABI Trust Bank at a low interest rate.

“ABI Trust Bank has helped Ugandan farmers, we know how important Agriculture is to Uganda,” he said.

Ambassador Nicolaij briefed the President about the situation in Denmark, saying it is improving and economy is opening up soon.

The Ugandan Ambassador to Denmark, Nimisha Madhivani attended the meeting. 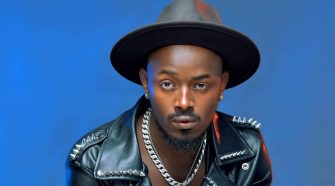