KIGALI – As tensions between Rwanda and Uganda show no sign of being resolved soon, Rwanda’s President Paul Kagame revealed he met President Yoweri Museveni and complained to him about a Rwandan tycoon doing business in Uganda and then uses the money to fund Rwanda’s enemies to topple leadership in Kigali.

Ugandan government has repeatedly denied it is hosting Rwandan rebels or giving them training ground to topple Kagame’s government.

Rujugiro who fled Rwanda many years ago owns the Meridian Tobacco Company, a $20 million (Shs 72 billion) operation which opened in the West Nile town of Arua last year.

Rujugiro has denied the allegations, describing them as highly careless. His strings of businesses in Kigali have been auctioned by the government.

“President Museveni replied to me that he didn’t know Rujugiro at all but when I presented evidence, he responded that he would look into the matter,” Kagame said.

During the meeting, Kagame said Museveni also told him that Rwanda should always learn to differentiate between business and politics.

It is not clear whether Kagame has asked other neighbouring countries, DR Congo, Burundi, and Tanzania to expel Rujugiro’s businesses or whether the money with which he allegedly funds rebel activities in Rwanda is the one the businessman specifically makes in Uganda not other countries.

Kagame said he asked Museveni to tell him if there is any matter between his country and Uganda so that he can work on it but the Ugandan leader has kept quiet instead.

“I used even the word I beg you to handle these matters,” Kagame said. “As usual, I left the matter in his hands to sort it.”

Rutagungira has been charged in court-martial alongside Ugandan police officers for kidnapping Rwandan refugees and forcefully return them to Rwanda.

Kagame said Rutagungira’s is one of many Rwandans that are mistreated in Uganda.

He said Rwanda has weathered many challenges, adding his government and himself can never kneel before any other people.

“You can shoot me with a gun and kill me .But there is one thing that is impossible, no one can bring me to my knees. Men and women of our country, you should never accept that,”
Kagame said.

Rwanda has accused Rujugiro of funding Rwanda National Congress headed by Gen Kayumba Nyamwasa, former Rwanda army chief of staff who is exiled in South Africa. The RNC has said it is only a political party not a rebel group.

Ugandan government on Friday issued a travel advisory for Ugandans with intentions of travelling to Rwanda after Rwanda blocked trucks heading to Kigali two weeks ago.
Trade minister Amelia Kyambadde provided two alternative routes for goods in transit destined for Rwanda. The two border points the minister provided are Mirama hills in Ntungamo District and Kyanika in Kisoro District.

Government has also advised traders with goods supposed to transit through Rwanda to the Democratic Republic of Congo (DR Congo) to instead exit through the border points between Uganda and DR Congo.

Ugandan government has however noted that the movement of Ugandans to and from Rwanda “remains unimpeded.”

Rwanda Foreign Affairs Minister Richard Sezibera, last week warned its citizens against travelling to Uganda, citing concerns over the safety of Rwandans in Uganda – fears that have been dismissed by officials in Kampala.

Uganda has said law-abiding Rwandans are very welcome to Uganda and said Rwandans arrested in Uganda have committed offenses and have been charged in courts.

President Museveni has advised Ugandan officials to desist from responding to Kigali’s accusations against Uganda in the media.

Nyamwasa has survived three assassination attempts in South Africa and has blamed the Rwandan government for the attempts on his life. 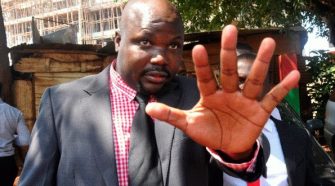