President Museveni has revealed that there is a ray of hope that Ugandan scientists in the country may find medicine for the novel coronavirus that has claimed lives of many people across the world.

The President made the revelation during the scientific celebrations to mark the 31st Heroes’ Day held at State House on Tuesday.

Museveni told the dignitaries that attended the celebrations as well as the entire country that was following on several media outlets, that the scientists in the country have registered commendable progress as far as coming up with the medication is concerned.

“Even this Coronavirus, I was talking to the scientists before I came here inquiring on how we are moving, and we are moving very well; we can get this medicine before the Europeans if we get rid of the parasites within us,” Museveni said decrying corruption that has bedevilled the public sector.

He noted that all the efforts by government and scientists in the country are watered down by the corrupt and parasitic officials who only care about themselves rather than the good of the country.

The President said that the corruption of public servants especially in procurement had also failed the young scientists who are working on the new brand of Malaria drug.

He added that, “I am tired of those parasites, in everything they look for how to benefit, go to hell you parasites, you are our problem. We are very lucky we have good scientists; you integrate the ancient knowledge of our people and modern information. Our scientists are good, they are much better than others in the world but they are not assisted.”

He added that the scientists must get the support they need, “Even this virus, there is something already moving with the medicine side and we can do it ahead of anybody else but the parasites among us take us back, people who don’t care about the country but only themselves.”

He urged Ugandans to continue to heed health guidelines against Covid-19.

“Without a vaccine or cure, it is our discipline and commitment that will help,” Museveni said. 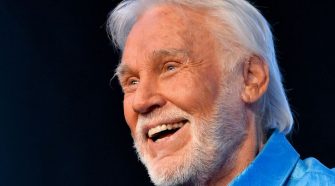