The Ashanti King, Asantehene Otumfuo Nana Osei Tutu II has been in Uganda to attend the 25th coronation anniversary ‘Jubireewo’ of Buganda’s Kabaka Muwenda Mutebi at Bulange in Mengo. He was invited by the Kabaka to attend the celebrations as chief guest.

During the visit at the State House, President Yoweri Museveni congratulated the Kabaka on his 25th coronation anniversary.

Later in a statement, Museveni said that traditional rulers play a critical role on preserving customs and identities of people.

“As governments are busy focusing on roads and other such infrastructure developments, cultural leaders play the important role of preserving customs and the identities of the people,” Museveni said in a tweet.

“I welcome the Ashanti King to Uganda and wish him a fruitful stay here”.

While speaking at the coronation anniversary, Asantehene stressed the need for the political governments in Africa to partner with traditional institutions to cherish national growth.

He gave credit to President Museveni for taking a decision to restore cultural institutions which had been abolished by President Milton Obote.

“Fortunately here and in Ghana, the value of traditional government has not been lost and can foster peace, development and unity. In that regard, we pay tribute to President Museveni who 25 years ago took a bold a step to restore the kingdom,” Asantehene Otumfuo Nana Osei Tutu II said.

He said it is important for Africa to examine the importance of traditional institutions in development and entire economic agenda. 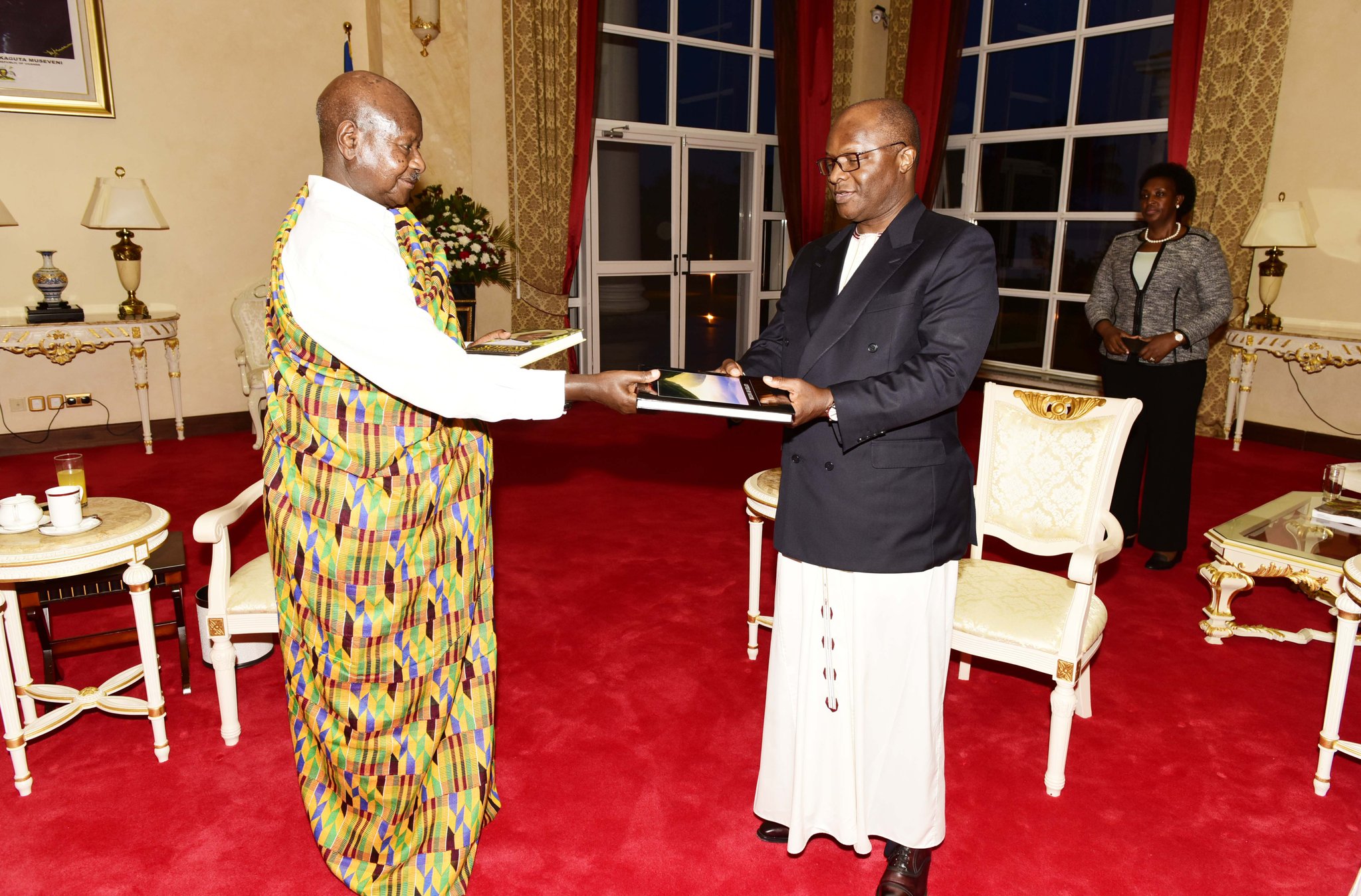 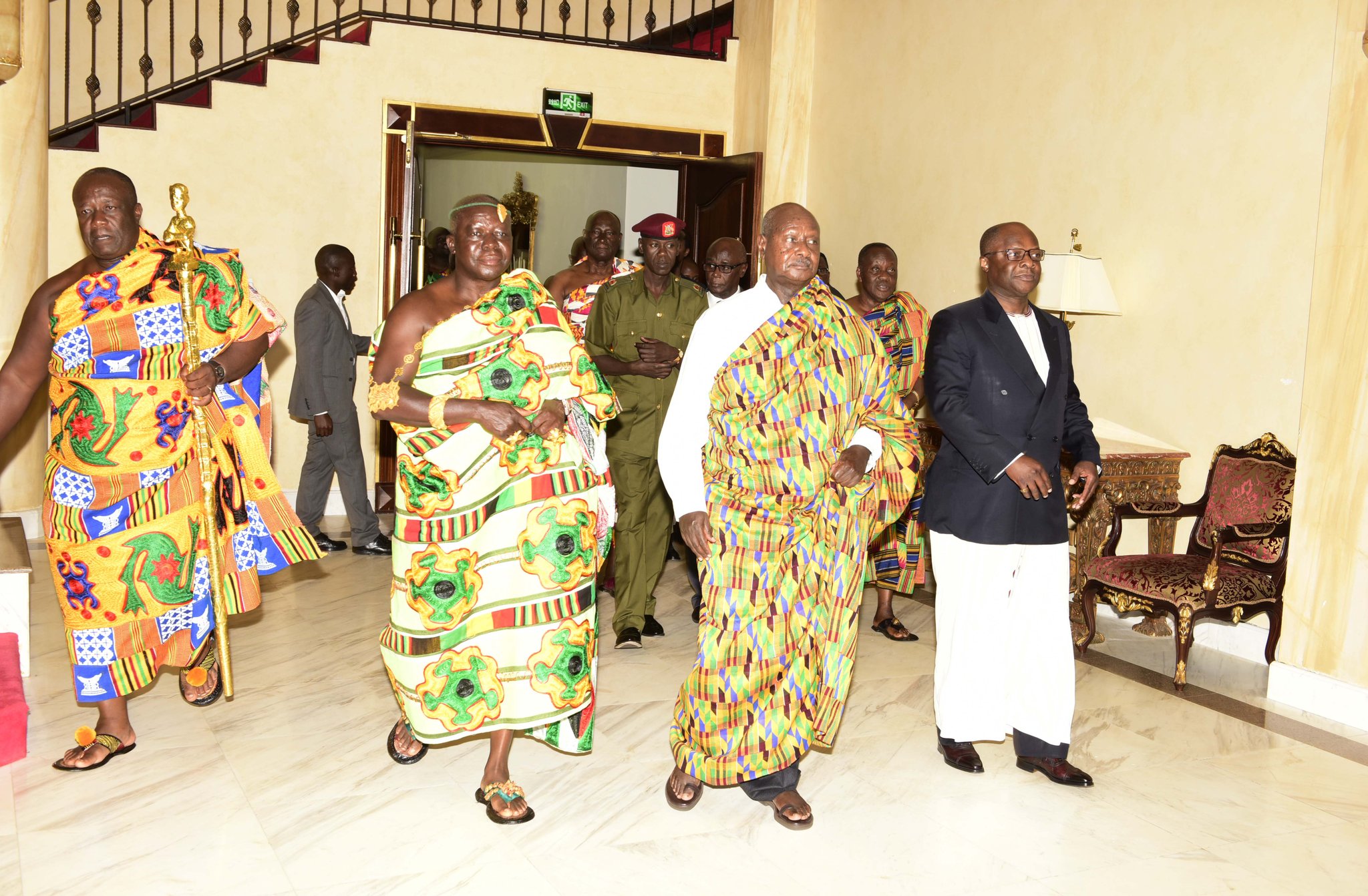 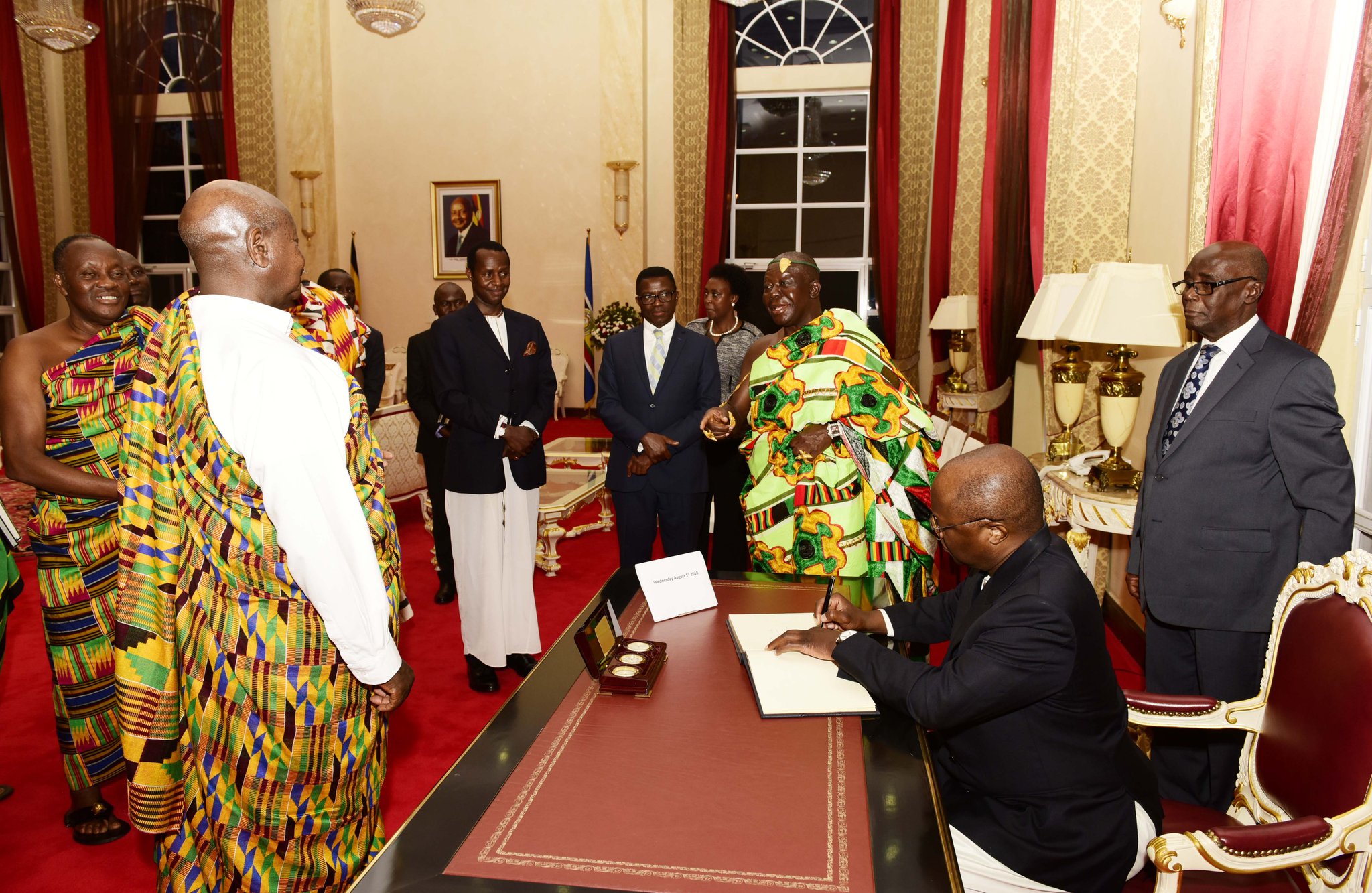