President Yoweri Museveni has for the second time in less than two weeks met with the reigning Miss Uganda and Miss World Africa, Quiin Abenakyo who recently put Uganda in the global spotlight.

On December 19 upon her return from China where she had been participating in the Miss World beauty contest, Abenakyo was hosted by President Museveni and First Lady, Janet Museveni at State House Entebbe.

The President congratulated Abenakyo and credited her for choosing to pursue education over other wasteful lifestyles that young people have opted for.

A week later, the beauty queen who made it to Top 3 in the Miss World contest, has again been hosted to a dinner at the President’s country home in Rwakitura, Kiruhura district in Western Uganda.

The dinner was a fulfillment of a pledge made by the President to Miss World Africa during their initial meeting. In Rwakitura, Abenakyo was flanked by her father and other relatives.

“When she recently paid a courtesy call on me at State House, Entebbe, I promised to host her to this dinner. Once again I congratulate her upon being crowned Miss World Africa and hoisting the Uganda flag high,” Museveni said in a statement.

The President was also delighted that the beauty queen had heeded to his advice to keep a natural hair look as opposed to wearing Indian hair.

“When we met in Entebbe, I advised Abenakyo to keep her hair natural. I am glad she heeded the advice and re-asserted her African identity. God beautifully created Africans, there is no need to add or subtract anything,” The President said.

Museveni reiterated that government will support the Miss Uganda Foundation and also support Abenakyo in her activities. 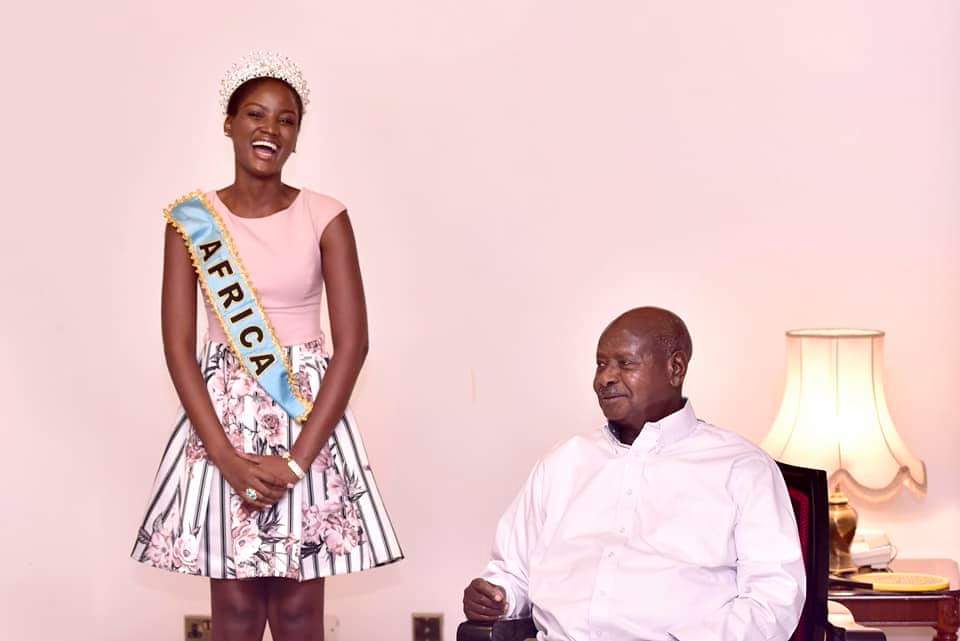 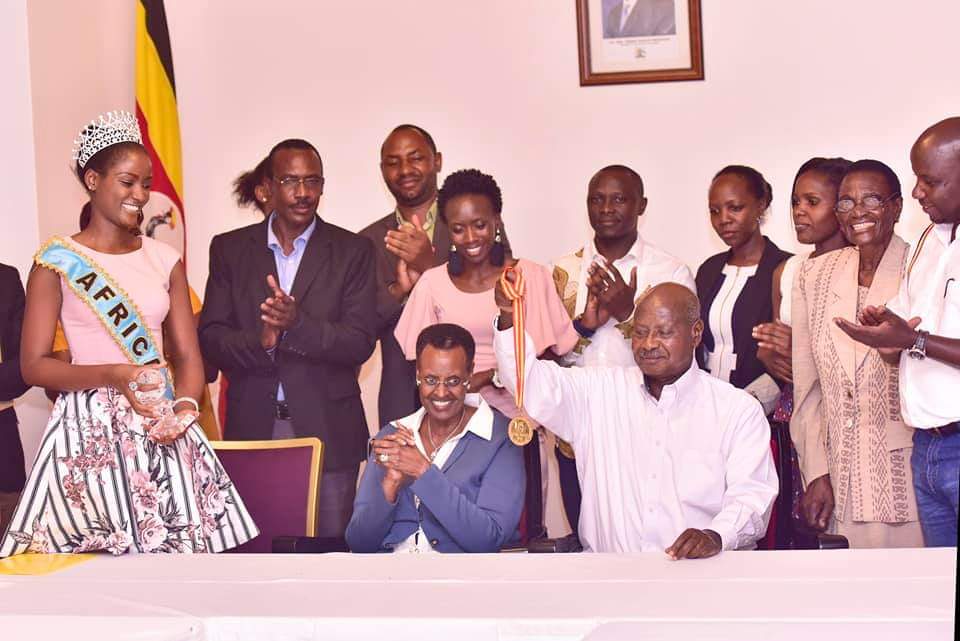 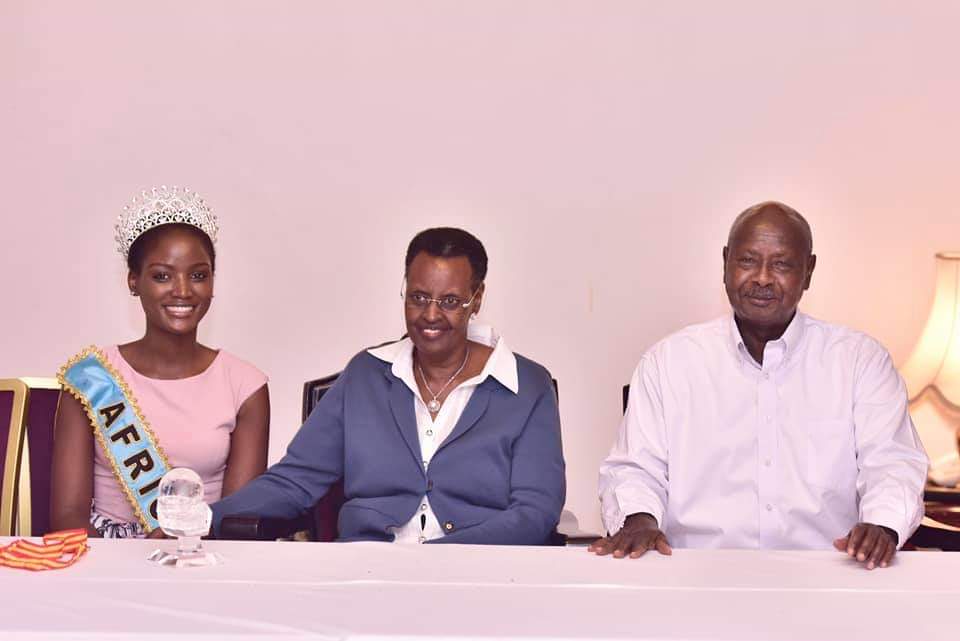 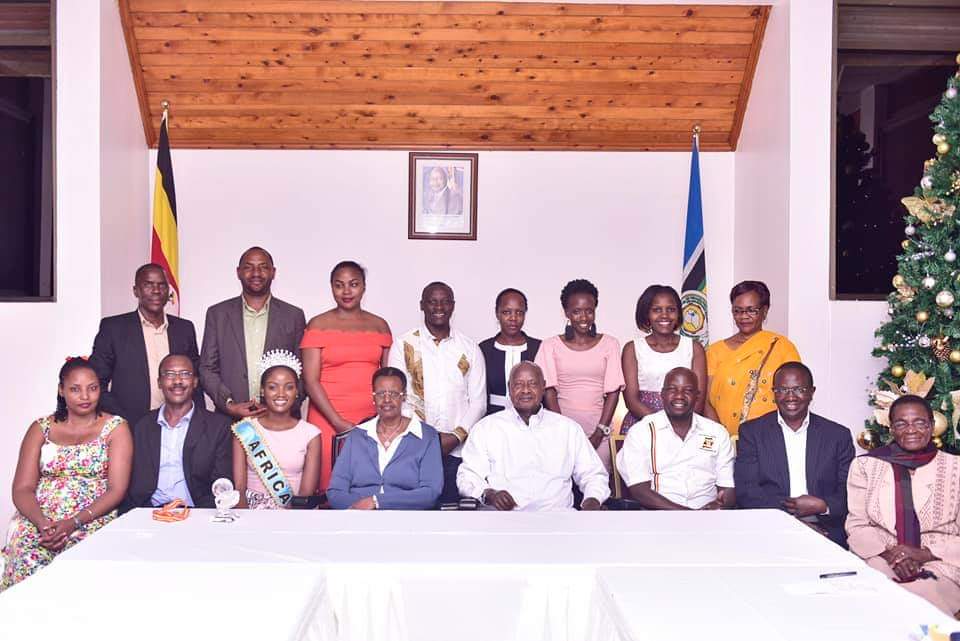