President Yoweri Museveni and his Rwandan counterpart, Paul Kagame will tomorrow Sunday February 2, meet in Angola for yet another Quadripartite Summit aimed at normalizing relations between the two countries which have been frosty since February last year, according to Angola’s Ministry of Foreign Affairs.

In a tweet, Angola says, the two heads of state and the President of neighbouring Democratic Republic of Congo (DRC) Félix Tshisekedi will be in Luanda on the invitation of Angola’s President João Lourenço, in a meeting which will focus on regional security and cooperation.

“President João Lourenço has invited is counterparts Félix Tshisekedi (DRC), Paul Kagame (Rwanda) and Yoweri Museveni (Uganda), for another Quadripartite Summit in Luanda this Sunday. Security matters and regional cooperation will be at the heart of the discussion,” reads a tweet by Angola’s Ministry of Foreign Affairs.

“Third Quadripartite Summit on relations between Uganda and Rwanda, to be held in Luanda this Sunday 2nd February 2020, under the facilitation of Presidents João Lourenço of Angola and Félix Antoine Tshisekedi of DRC. With good faith and resolve, we can end this crisis,” writes Nduhungirehe on twitter.

Uganda’s Permanent Representative to the United Nations, Ambassador Adonia Ayebare who delivered President Museveni’s message to Kagame in December last year, says, he is already in Luanda for the engagement.

“In Angola to attend this important meeting,” says Ayebare.

President Kagame would later reveal that the move had nothing to do with construction works but was political. Kigali has since accused Uganda of among other things illegally incarcerating and deporting her citizens.

Uganda dismissed and continues to refute the claims on grounds that they followed judicial process to deport some of the Rwandan citizens who are engaged in criminal acts intended to compromise Uganda’s national security.

Even when Rwanda stopped her nationals from crossing to Uganda, a number of Rwandans have however been shot dead by Rwanda Defence Forces (RDF) as they try to access Uganda through the two countries’ porous countryside borders in search for food. Prices of food and other basic commodities are said to have hit the roof ever since Rwanda closed its border with Uganda. This has made life unbearable for the ordinary citizens in Rwanda.

Museveni and Kagame first held related talks on July 12, 2019 in Angola before a follow up meeting in the same country later on August 23 that led to the signing of a pact which came to be known as the Luanda Memorandum of Understanding that saw the two leaders committing to regional cooperation and security.

In September, the first follow up meeting was held in Kigali where Rwanda was asked to prove their allegations by providing a list of Rwandans detained in Uganda before the second meeting in Kampala. On her part, Uganda committed to verifying the information for the purpose of processing those named through due judicial process and releasing those, if any, against whom evidence of criminal conduct was not found as claimed by Rwanda.

The Kampala meeting was to be held in 30 days but Rwanda would instead on multiple occasions pull out, days to the scheduled dates. An impeccable source told this website then, that the postponement was after Rwanda’s realisation that the arrested Rwandan elements possessed Ugandan Identity cards and so, bringing out their identities would be ‘suicidal’, subjecting them to a catch-22 situation.

“We were advised against releasing the list to Uganda as Uganda would simply produce the several IDs and documents our people (intelligence agents) used to execute several operations within the Uganda territory while passing off as Ugandans. This would confirm Uganda’s concerns about Rwanda,” the source told SoftPower news at the time.

Rwanda is said to use the several postponements to scheme how to evade the Kampala talks and yet remain seen as cooperative by the international community in resolving the stand-off while they use media to pile allegations against Uganda.

As such, a delegation is said to have been set-up and sent to Kampala with the sole purpose of frustrating and rejecting any efforts that would lead to resolving the impasse. This was indeed witnessed in Kampala when they turned down options that would verify their claims.

“They travelled over there with the sole intention of provoking Uganda to say all they have picked from the several Rwandan Intelligence elements arrested in Uganda. The mood here is mixed. Security is disappointed that Uganda insisted on Rwanda providing the list of so-called detained ‘innocent Rwandans’ to a neutral verification team that would include Angola and Democratic Republic of Congo (DR Congo) who are the facilitators of the Luanda MoU. The people (Rwandans) are disappointed that an opportunity to make peace so they can go back to leading normal lives was lost,” a source in Kigali explained.

Indeed, the follow up meeting in Kampala didn’t make any headways with the two sides failing to reach an agreement when the failed to issue a joint communiqué. They referred the matter to their respective Heads of State.

Uganda has since February been open and cooperative to any efforts aimed at resolving the existing tensions including withdrawing all charges against 9 Rwandans who were undergoing prosecution in the army court.

Sam Kutesa, Uganda’s Foreign Affairs minister said while announcing the withdrawal, that Uganda was optimistic about a related gesture by Rwanda as means to resolve the existing tensions.

“It is the hope of Ugandan government that Rwandan authorities will reciprocate this gesture of goodwill. I wish to reiterate Uganda’s commitment to the full normalisation of relations between the two countries and to further assure that outstanding issues and concerns will be addressed in an open and transparent manner,” he said.

Given Rwanda’s past conduct, in responding to efforts aimed at restoring normalcy, it is not clear whether tomorrow’s meeting will yield any good.

It should be remembered that that after signing the August Luanda Memorandum of Understanding, Rwanda objected to implement provisions that required immediate action.

On Wednesday this week, Kagame said he cannot rush to open the border when hundreds of Rwandans are still allegedly being held in Ugandan jails. He was addressing diplomats in Kigali. 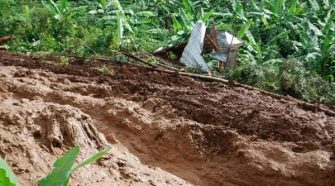