The President has assured the country that by the end of nine months, Kampala city will be safe from criminality that has become frequent as most of the elements of a smart and safe city will be in place.

President Yoweri Museveni said this on Saturday night at State House Entebbe while addressing the nation on security.

His address, the second in a week comes seven days after the gruesome murder of former District Police Commander of Buyende, ASP Muhammad Kirumira in Bulenga, near Kampala.

“I am annoyed and pained by these unnecessary deaths of Ugandans, but I am confident because we have the capacity to respond,” the President said during the address.

He said that his government has in the past demonstrated capability to respond and neutralize cases of insecurity and that this capacity has since increased.

“By the end of nine months from today, most of the elements of the smart and safe city will be in place. We can, then, scale down the reliance on human intelligence and human observation because the technical means will be in place,” Museveni said.

Last week, Museveni revealed that government was to deploy a total of 24,000 armed Local Defence Units (LDUs) in every village of Kampala and Wakiso districts to reinforce Police officers. These, he said, will make it possible to respond to security threats in a timely manner.

But yesterday, he said that relying on human capacity is costly and that it is only a short term measure as government beefs up its technical capacity like CCTV cameras.

“I can assure you that in nine months from now, Kampala will be a different city. It will be safer, cleaner and smatter,” he emphasized.

“This concept of smart and safer city isn’t new. Other countries have already put it in place”.

Museveni explained that whereas advanced countries like the U.S. have more incidents (15,549 deaths in 2017 alone) of deaths as a result of gun violence compared to Uganda, the perpetrators of these crimes in such countries get apprehended quickly due to modern methods – cameras, tapping telephone calls and smelling for explosives.

He encouraged private citizens to install CCTV cameras on their properties saying that they will supplement the efforts by government.

The President outlined seven interventions where focus will be placed so as to curb urban crime in the short term. These include: vigilance on the part of the public, quick coordination (of the civilians) with local Police, effective communication within the Police itself, deployment of UPDF and LDUs, weeding out criminal elements that have infiltrated security agencies among others.

Regarding the issue of reporting suspicious elements or criminal activity to the Police, Museveni said: “Each Police Station or Post should have a telephone number that is known to the public in the area, that every member of the public with a phone can ring when he/she sees anything suspicious”.

He said these numbers should not be private ones but rather a local equivalent of the 999 Police helpline.

Museveni used his address to condemn political actors in the opposition whom he accused of using hooligans from Kampala to attack Minister of Internal Affairs, Gen Jeje Odongo and Police spokesperson, SSP Emilian Kayima during the burial of Kirumira last Sunday. 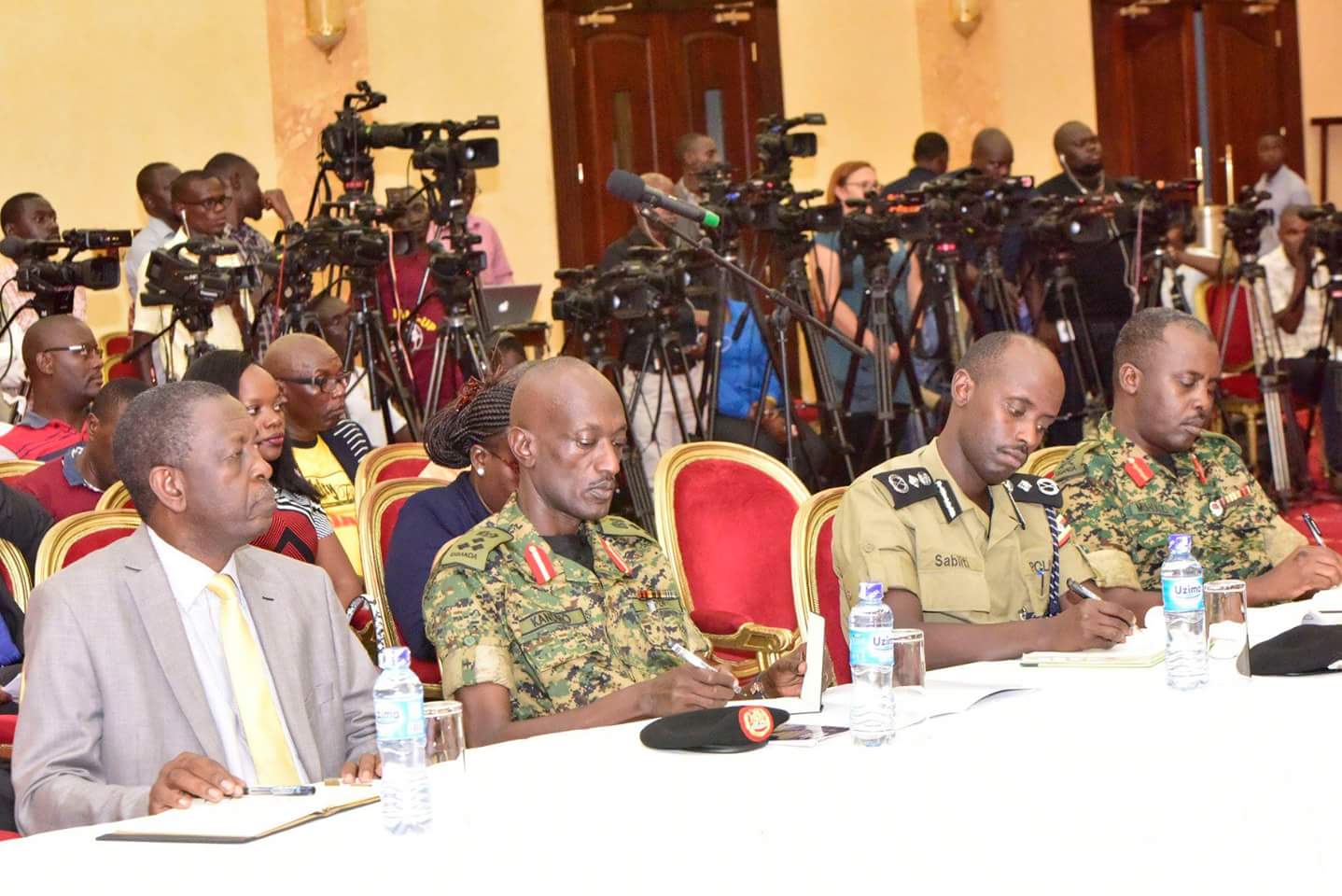