President Yoweri Museveni has met and held a bilateral meeting with President Uhuru Kenyatta of Kenya on the sidelines of Tokyo International Conference on African Development (TICAD) conference in Yokohama, Japan.

During the meeting, the two leaders discussed the issue of sugar and sugarcane exports to Kenya.

Ugandan farmers and sugarcane growers have in the recent past been denied access to the Kenyan market which has resulted into excess sugarcane in the country.

On President Museveni’s visit to Kenya in March this year, he agreed with his Kenyan counterpart that Kenya’s importation of sugar from Uganda would increase from 30,000 tons to 90,000 tons per annum, but the process has delayed.

The exporter is required to apply to get permit from Kenya Plant Health Inspectorate Services (KEPHIS) for agricultural products including sugarcane and sugar from the Kenya Sugar Board Directorate.

KEPHIS provides an import permit for agricultural products after they have undertaken inspection and testing the quality of sugar cane.

According to reports from Ugandan farmers, the import permits are delayed by the Kenyan authorities which has significantly affected them since sugarcane is a perishable crop.

President Museveni asked his counterpart to ensure that the process of issuing import permits is expedited.

“Ugandans have grown too much sugarcane, they want to export sugarcane to Kenya. We don’t allow export of unprocessed sugarcane but because of the quantity, they were saying that we suspend the ban of export of raw sugarcane and allow Kenyan factories which are willing to buy it,” he said.

In response, President Kenyatta pledged to follow up on the matter.

If the deal is settled, Uganda is set to become a dominant sugar exporter within the East African Community.

Earlier in January, Tanzania cleared importation of Ugandan sugar after a meeting between the countries ministers of trade broke a trade deadlock. 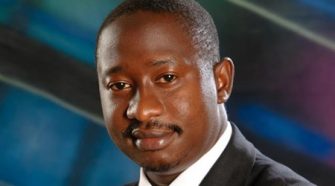