President Yoweri Museveni has paid glowing tribute to former African National Congress (ANC) and South African leader, late Nelson Mandela, for his great contribution to the liberation of South Africa in particular and the African continent in general.

He said that the current generation of African leaders needs to complete the work started by the independence leaders by economically and politically integrating the African continent for its prosperity and strategic security.

The President made the remarks  while launching the Nelson Mandela Annual Commemorative Lecture at Makerere University. The University’s Department of Political Science and Public Administration organized the lecture that ran under the theme “Nelson Mandela, the legend, lessons for the youth.”

President Museveni said that the late Nelson Mandela played a crucial role in the liberation of South Africa by injecting a spirit of activism into the African National Congress as the first leader of the youth wing in 1944, which redefined the ANC’s struggle in the eyes of the apartheid regime.

He further noted that Mandela played a critical role in the launching of the freedom charter of 1955 that emphasized the fight for freedom for all South Africans no matter their color or race. He said Mandela’s involvement in recruiting and fighting in the armed resistance, his refusal to collaborate with his oppressors even after a long jail period and preaching the message of reconciliation between South Africans without revenging against his former oppressors, made Mandela a unique freedom fighter.

Mr. Museveni, however, said that the plight and suffering of the generation of the late Nelson Mandela, is closely related to the plight and history of the African continent. He noted that although the African continent derives pride in being the origin of humanity, a pioneer of civilization and also being blessed with abundant natural resources, on account of lack of a clear ideology and poor governance, the continent has suffered several set backs in the last 500 years putting it and her people behind all other continents in terms of development.

The President said that because of being poorly governed under many fragmented kingdoms and chiefdoms, the African people became more vulnerable when they were confronted by foreign forces of domination especially from Europe that led Africa into suffering from slave trade, colonialism and neo-colonialism adding that this state of affairs greatly devastated Africa and her people.

Mr. Museveni said that to honour the late Nelson Mandela and other African freedom fighters for independence, the current leaders on the continent as well as the coming generations need to work to economically and politically unite the African continent to ensure economic prosperity and strategic security. He added that the onus is now on current leaders who have to ensure that the future generations of Africa don’t suffer domination in the event that they are confronted with the same challenges that faced the earlier generations. 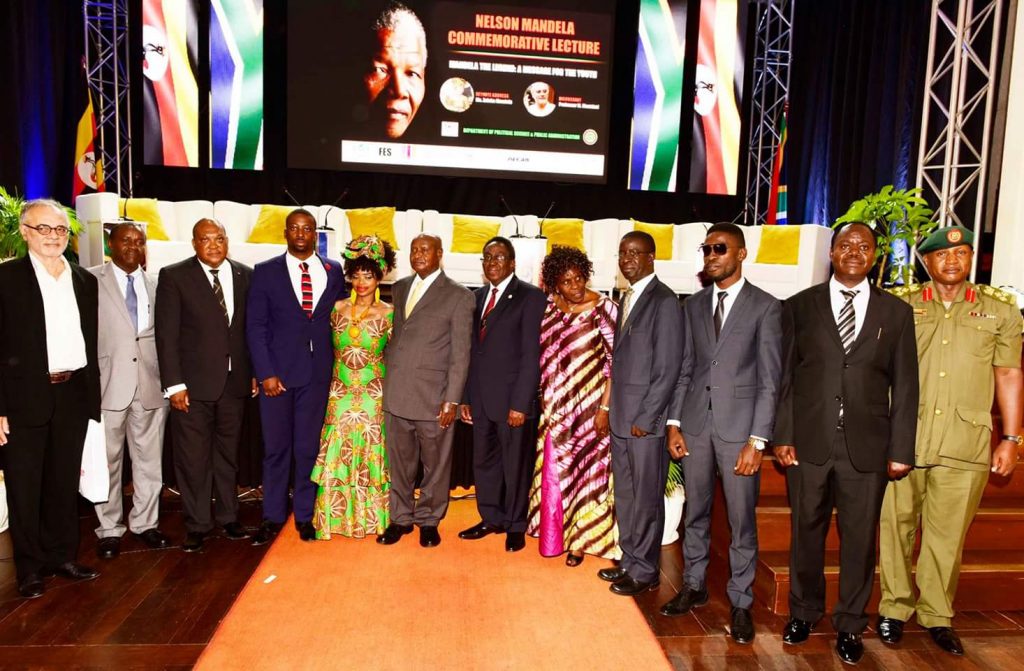 “Everything about Africa is strong and perfect except ideology and governance resulting from the political fragmentation of the continent that the current generation must solve,” he stressed.

“Our independence leaders paid the price of our traditional leaders who could not unite to defend us against the aggressors and they re-claimed our sovereignty but the current generation must do all it takes to guarantee and secure that independence for the future generations,” he added.

The President observed that the long term goals of those that fought for independence included the emancipation of Africa from colonialism, guaranteeing democracy, integrating Africa politically and economically and safeguarding the African identity and heritage.

“The current leaders must heal the sin of political fragmentation of the continent otherwise we are in danger of betraying Africa once more just like our traditional chiefs,” the President said.

Ms Zoleka Mandela, grand daughter of the late Nelson Mandela, said her grand father believed so much in the youth right from the revolutionary days and greatly emphasized that all children must have political, social and cultural protection. She also said the late Nelson Mandela greatly believed in education because it is one formidable approach to changing the world. She reminded the youth that although they are, in most cases, at the center of the fight for freedom, they must understand that freedom comes with responsibility and as such must always be prepared to take on the challenges.

Makerere University Vice-Chancellor, Prof. John Dumba Sentamu, said the university decided to have the annual commemoration lecture for the late Nelson Mandela to maintain the legacy of Mandela and also to enable the young generation to borrow a leaf and learn from the life of the South African freedom fighter. Makerere, he said, will continue hosting the Mandela commemoration lecture annually 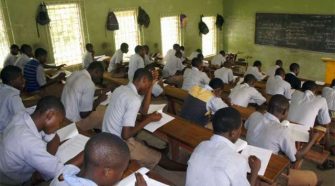