President Museveni has noted that the increase of curfew time from 7pm to 8pm would lead to increased spread of COVID-19 within the country.

The President made the remarks during his address to the Nation in which he gave an update on the fight against the COVID-19 pandemic.

From the on-set of the lockdown, President Museveni announced curfew that would start from 7pm to 6:30am.

President Museveni said that just like any other Ugandan, he had thought that since both private and public cars were allowed to operate, there would be no reason as to why curfew would still be maintained.

Museveni said however that on consultation with the scientists, he was able to understand that the reason for the curfew is scientific and medical aimed at stalling the spread of COVID-19.

“The aim of the curfew is to act as a measure to restrict activities that bring about convergence of people in one place. This is to stop you from socializing at night, it is a health instrument, if we don’t have curfew, then people can visit friends in the evening and can transform individual homes into bars and invite friends which increases the spread of the virus,” Museveni said.

“Pushing forward the curfew from 7pm to 8pm triggers delay of closure of  businesses such as shops, vehicles and this will become hard for enforcement,” Museveni said.

On the other hand, President Museveni increased the number of occupants in private vehicles from three to Four inclusive of the driver as long as they all wear facial masks. 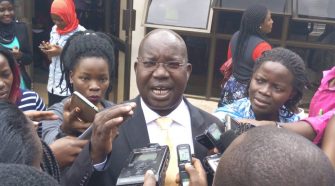