News of Moi’s death broke on Tuesday morning. He died at the age of 95 from Nairobi Hospital where he had been hospitalized.

Several African Presidents have been pouring out tributes and honoring Moi as an outstanding leader.

Museveni said the news of Moi’s death was saddening.

“I learnt with sadness about the death of Mzee Daniel Toroitich Arap Moi, the former president of Kenya”.

“It is no doubt that Kenya, East Africa and the entire continent has lost a great leader. I first met Mzee Moi in 1979 after the defeat of Amin,” he added.

“Him, Mzee Hassan Mwinyi & myself revived what had become the defunct EAC. My condolences & that of Ugandans to H.E Uhuru Kenyatta, the Moi family and all Kenyans on the passing of this icon”.

In May last year while on a State visit to Kenya, Museveni visited Moi who was hospitalized.

Tanzanian President, John Pombe Magufuli said Moi will be remembered for his remarkable leadership and the effort to strengthen the East African Community relationship.

“On behalf of the Tanzanian government, I pass my heartfelt condolences to the president of Kenya and all Kenyans for loss of the retired president Daniel Toroitich Arap Moi. Tanzanians remember him for his remarkable leadership and the effort to strengthen the East African Community relationship,” he said.

President Cyril Ramaphosa has on behalf of the government and people of South Africa expressed his sadness at the passing of former Kenyan President His Excellency Daniel Toroitich Arap Moi. https://t.co/rOtulrinr4

I would like to express my condolences to the family and friends of former Kenyan President H.E. Daniel arap Moi who passed away today. May his soul Rest In Peace.

On behalf of the People of Burundi and on my own behalf, I join the kenyans and all African well wishers in expressing sympathy to the family of His Excellency Daniel Toroitich Arap Moi, former President of the Republic of Kenya, following his demise.

Kenyan opposition leader, Raila Odinga said; ” To his credit, President Moi gave in to the clamour for change and allowed the country to return to multiparty politics. He was constantly able to ease pressure in the country through incremental reforms”.

From humble beginnings and with a humble, submissive demeanour, President Moi emerged to become a skilful statesman!
His main legacy is affording Kenya a peaceful transition to another leader.
Can now rest in peace.https://t.co/MRcCuSHrBF

At the age of 95, he was the oldest living former Kenyan president at the time of his death.A professional teacher, Moi worked as a teacher from 1946 until 1955 when he entered politics. He was elected Member of the Legislative Council for Rift Valley.

He became Minister of Education in the pre-independence government of 1960–1961.In 1960, Moi founded the Kenya African Democratic Union (KADU) with Ronald Ngala to challenge the Kenya African National Union (KANU) led by Jomo Kenyatta. 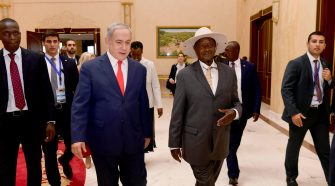