Uganda’s President, Yoweri Museveni has described former Tanzanian President, Julius Nyerere as having made the single most contribution to the African race.

Museveni made the statement Saturday after attending mass at Namugongo Catholic martyrs’ shrine ahead of the annual Martyrs Day celebrations scheduled for June 3 in Namugongo.

The mass where pilgrims prayed for Late Nyerere’s beatification and colonization, was also attended by Mama Maria Nyerere, the wife to the former leader.

“In my assessment, no one else has made a bigger contribution to the African race and cause than Mwalimu Nyerere, in the 4.5 million years of human existence, ” Museveni wrote in a statement.

He said he has been approached by a group of scholars from Tanzania requesting him to write a chapter for a biography they are compiling on Mwalimu Nyerere.

“I will detail my reasons on why I think he’s the greatest African to live in that write-up,” he added.

Museveni applauded the Tanzanians “for not forgetting our parent” adding that “you do not just celebrate but hold him dear in your memories”.

He governed Tanganyika as Prime Minister from 1961 to 1962 and was later President from 1963 to 1964, after which he led its successor state, Tanzania.

Nyerere was a founding member of the Tanganyika African National Union (TANU) party—which in 1977 became the Chama Cha Mapinduzi party. Ideologically an African nationalist and African socialist, he promoted a political philosophy known as Ujamaa.

Nyerere believed socialism was an attitude of mind that countered discrimination and entailed equality of all human beings.

Within Tanzania, Nyerere has been termed the “Father of the Nation”, and was also known as Mwalimu (teacher). He gained recognition for the successful merger between Tanganyika and Zanzibar, and for leaving Tanzania as a united and stable state.

Richard Turnbull, the last British Governor of Tanganyika, described Nyerere as having “a tremendous adherence to principle” and exhibiting “rather a Gandhian streak”. The scholar of education J. Roger Carter noted that Nyerere’s peaceful withdrawal from the leadership “suggests a leader of unusual quality and a national spirit, largely of his own creation, of some maturity”.

Museveni described Mama Maria Nyerere as not just being a religious leader but a political leader as well. Every year, she leads Tanzanian pilgrims to Namugongo in Uganda, who then join their East African counterparts and those from the rest of the world.

He said that this way, she is making our integration process easy.

In the same spirit, he congratulated Tanzania upon qualifying for the Africa Cup of Nations that takes place in Egypt this month. Tanzania qualified after beating Uganda which had already made it.

“It is good for our brotherliness to have all of us at the tournament, ” he said.

He welcomed all the pilgrims whom he assured of peace while in Uganda and appealed to them to celebrate Martyrs Day responsibly.

President Museveni used the event to emphasize his message on economic development at household level, appealing to Ugandans to embrace commercial agriculture.

“Recently, I embarked on tours to urge Ugandans to abandon traditional farming and join the money economy through commercial agriculture. Whereas many Ugandans are very religious, they are still “pagans” economic-wise,” Museveni said.

“If we have spiritually seen the light, then we must do the same economically. We cannot see the spiritual light yet stay in economic darkness. We must push ourselves a little extra and improve our household incomes”. 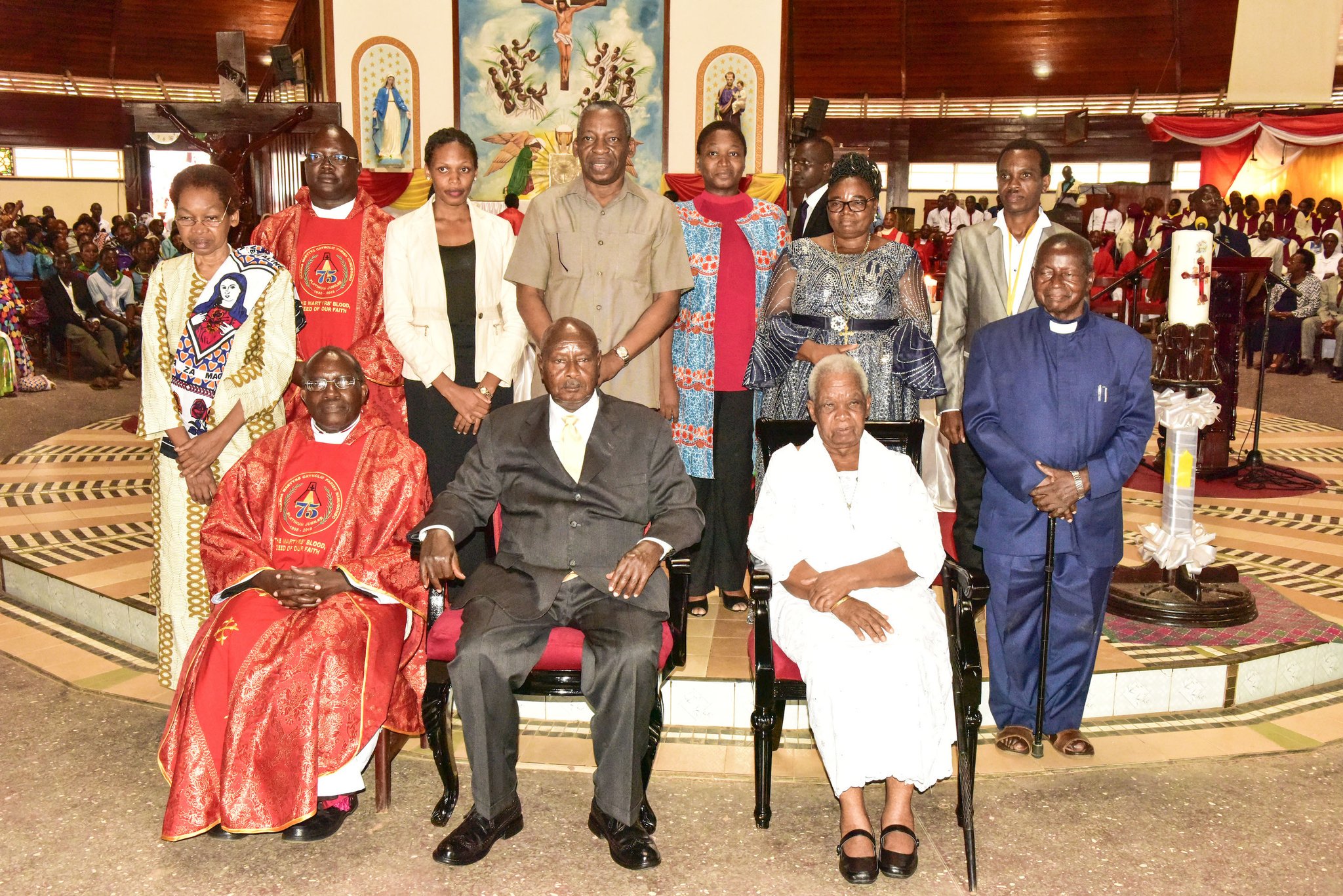 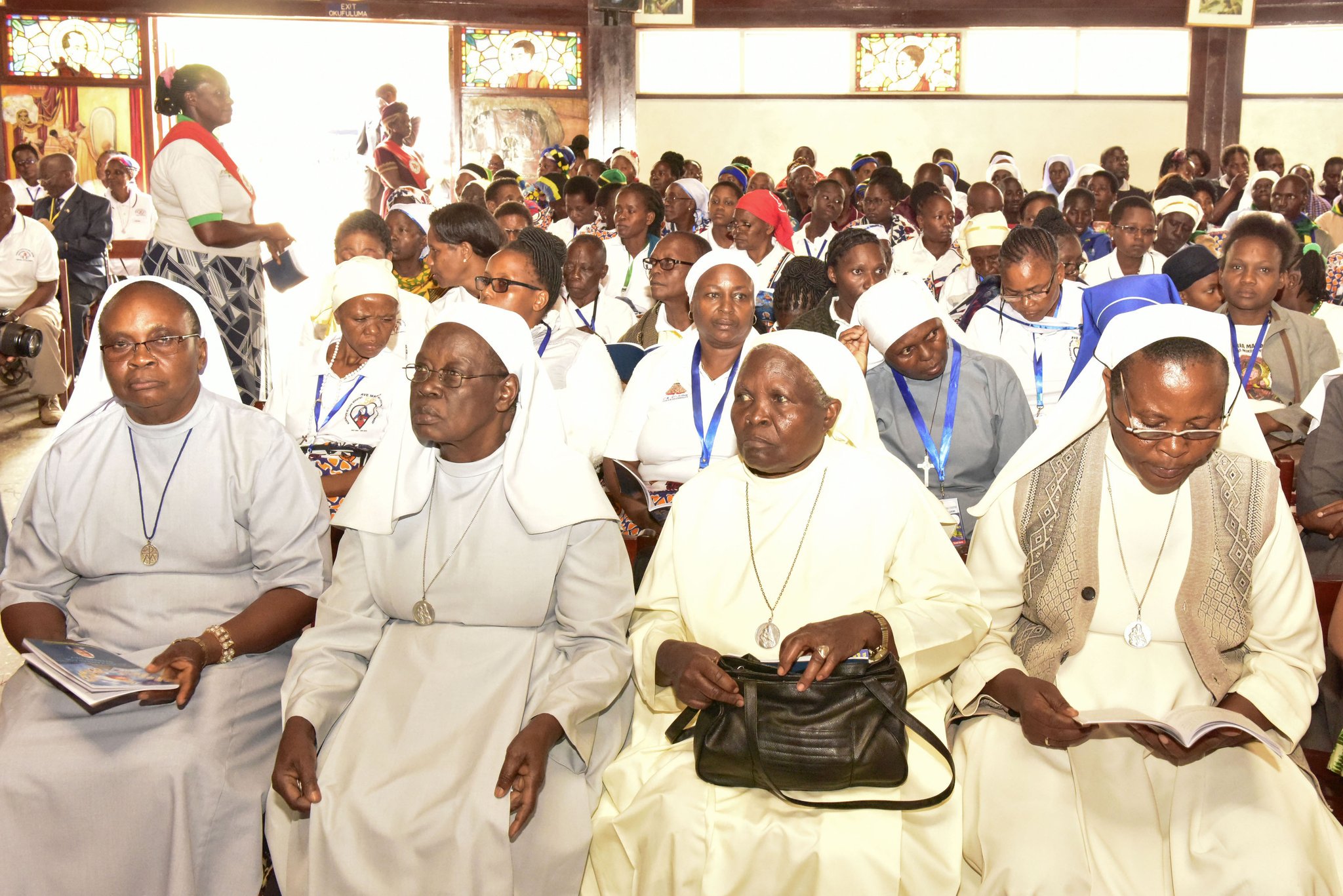 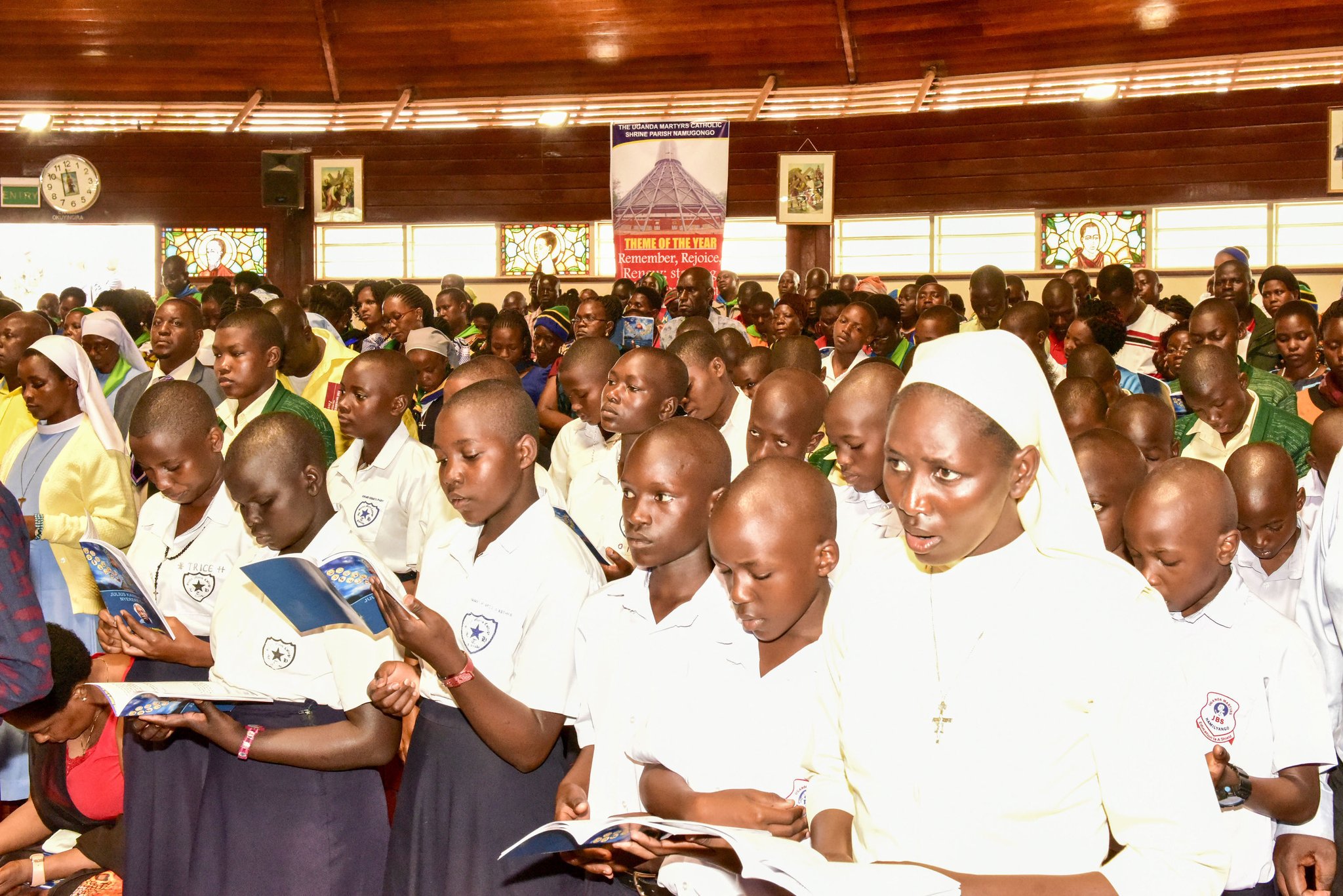 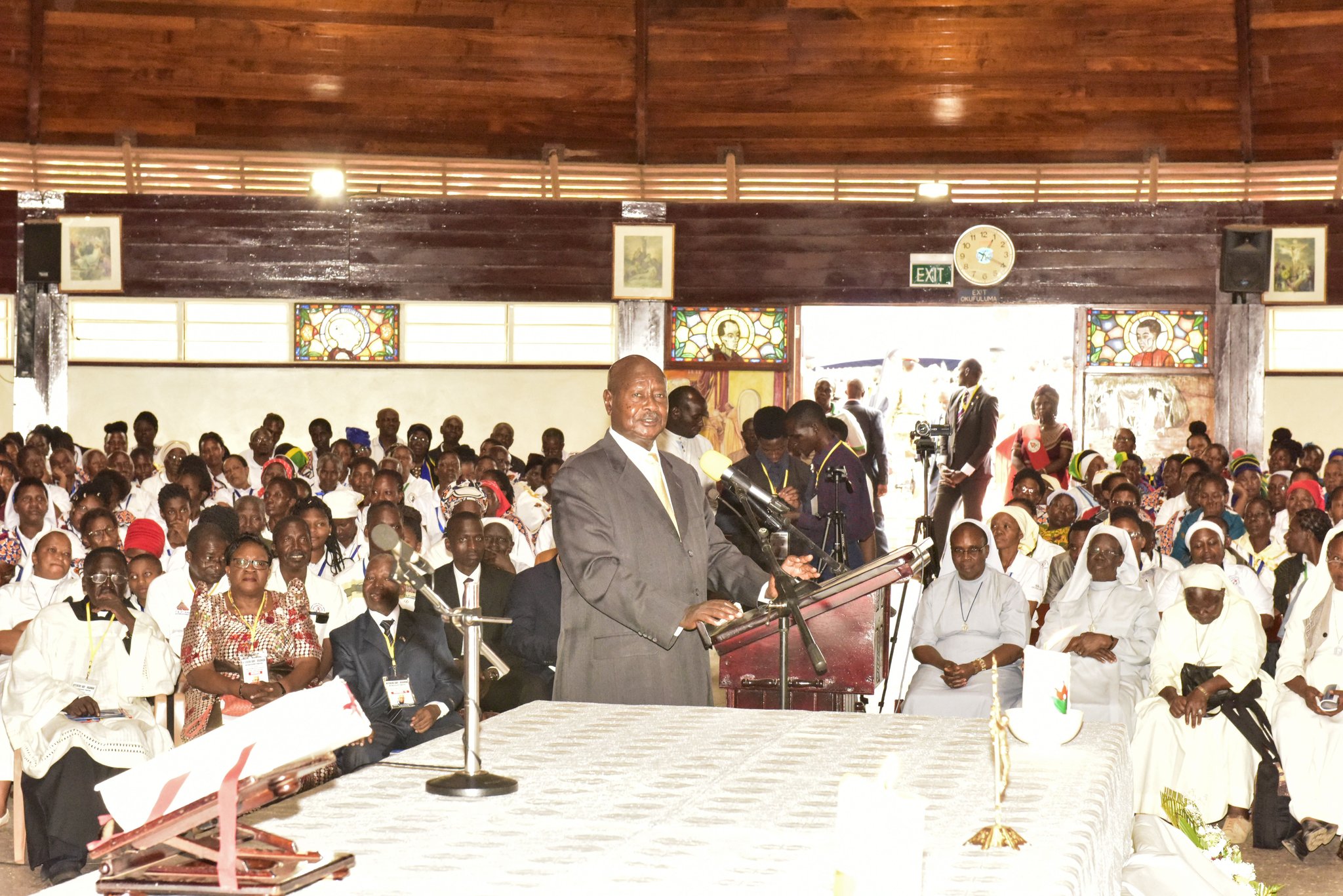 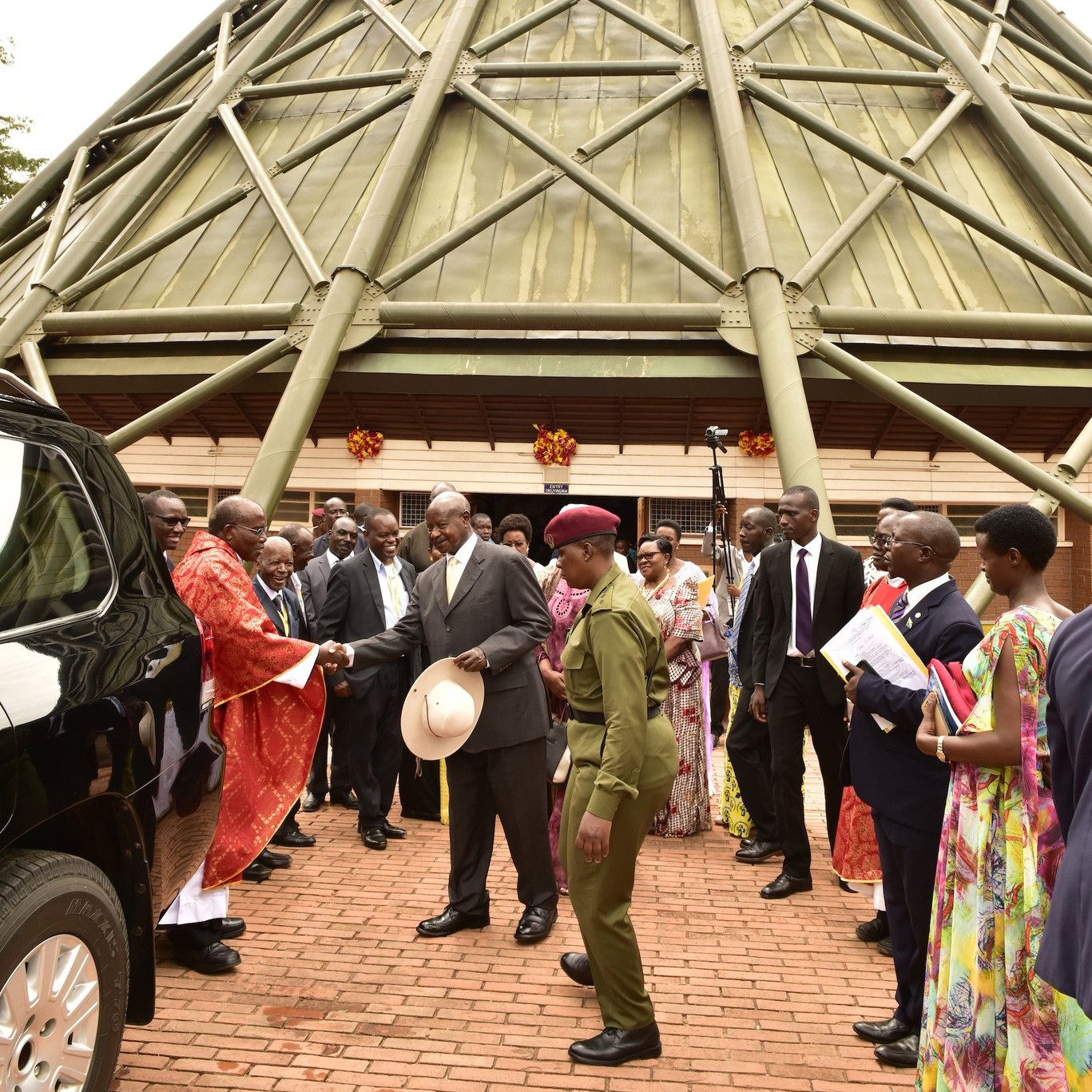 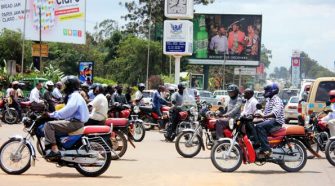