The new appointments are contained in notice by the Clerk of Parliament who released on February 7.

Those appointed to the Court of Appeal are; Justice Christopher Madrama, Justice Stephen Musota, Justice Percy Tuhaise and Justice Ezekiel Muhanguzi who recently retired as a High Court judge upon clocking 65 years of age.

In the notice issued by he Clerk to Parliament, Jane Kibirige, to the Appointments Committee, she wrote: “Rt Hon. Speaker of Parliament received a communication from H.E, the President of the Republic of Uganda recommending the appointment of the under listed officers as judges of the Court of Appeal and the High Court respectively”.

She further invites the members to a meeting scheduled for Wednesday, February 14 “to interact and consider the approval of the above Presidential nominees”.

The new appointments reinforce the currently insufficient human resource capacity which the judiciary has often pointed out as the cause for the perennial case backlog.

During the opening of the New Law Year, weeks ago, the Chief Justice, Bart Katureebe highlighted the need for government to recruit more human resource to fill the staffing gaps so as to adequately execute the workload. He said that the staffing gaps currently stands at 40% with over 300 judicial officers needed.

He asked that government considers exempting the Judiciary from the recruitment ban saying that it is not just a human rights issue but also a security issue. 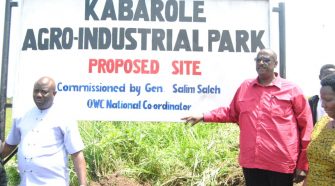