SoftPower News understands that the NIRA board had written to the executive informing them that Obitre-Gama’s contract was about to expire.

However, Museveni directed the Minister of Internal Affairs under whose docket NIRA to search for another Executive Director citing issues in issuance of national identity cards.

“I have been informed that the contract of the current Executive Director is due to expire. Given the problems faced by NIRA especially, relating to the issuance of national identity card, there is need to identify new Executive Director, especially with an Information Technology background,” Museveni reportedly wrote in a recent letter.

“I am therefore directing you to work with the board of directors of NIRA and identify a suitable candidate, consult me, before a final decision is reached,” he added.

Ms Gama, a lawyer by profession, was sworn in as NIRA ED on July 15, 2015 after a short stint at Uganda Registration Service Bureau (URSB), where she was a board secretary.

Her tenure at NIRA has been bogged by several issues related to the issuance and replacement of nation identity cards. Several citizens have raised complaints over the years it takes for one to receive an identity card card after application. 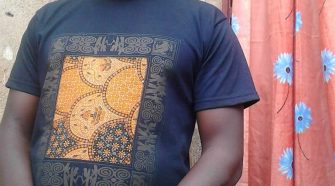