President Yoweri Museveni has praised the heroism exhibited by the individuals who paid the ultimate sacrifice during the bush war in the 1980s, saying they are the reason behind the political freedom that Uganda enjoys today.

Museveni was speaking on Sunday during the Heroes Day celebrations held at Kasanje in Wakiso district. Uganda commemorates Heroes Day every June 9.

The President explained to thousands of people that attended the celebrations that June 9 was declared a public holiday following the events of 1981 in Kikandwa, in present day Nakaseke district, when the government army arrested nine supporters of the guerilla warfare and executed them without legal procedure.

“They were led by Lutamaguzi. He had escorted me to Migade as I left Uganda for Nairobi in Kenya. I left on June 6 and arrived in Nairobi on June 8,” Museveni said in his speech.

“But these weren’t the only people that were killed. We have about 33 mass graves in the entire Luwero triangle containing 70,000 skulls in total,” he added.

He said these people conducted themselves in a heroic way by refusing to disclose to the government where the guerrilla fighters were.

Museveni commended the people of Wakiso for electing Members of Parliament like Peter Ssematimba and Rosemary Sseninde who are aligned to the National Resistance Movement (NRM).

In his message, the President furthered his appeal on wealth creation. He said that whereas infrastructure development benefits the general population, wealth concerns individual households.

He asked Ugandans to replicate the farming practices on his farm in Kawuku. He said that on the farm he has grown coffee, fruits, food crops, pasture for cows and has as well established 4 fish ponds that earn him Shs 64m annually.

He appealed to Ugandans to refrain from being mere spectators when it comes to wealth creation. He tipped the public to engage in manufacturing, services and ICT sectors, which he said are sure ways of eradicating poverty.

“The government has come up with various Funds for youths, women and Operation Wealth Creation and we are creating another Fund in the 2019/20 financial year. I will give details of this Fund during the budget reading”.

He also used the celebrations to caution landlords who are in the habit of illegally evicting their tenants (Bibanja owners). He told locals to report such landlords to the political leaders so that action can be taken.

At the same event, State Minister for Luwero Triangle, Denis Galabuzi Ssozi outlined some of the programs that government has implemented in Luwero to benefit the war veterans as well as the general population. He said that majority of the veterans have already received their pension except for those who had not participated in the vetting exercise.

Minister Galabuzi also revealed that several groups have been given equipment to assist them boost their income. At least 245 groups (of women, youths and veterans) involved in agriculture, business and small enterprises, in 22 districts have already been supported by government.

“We also dug 36 fish ponds out of the planned 300. Unfortunately, the heavy equipment for excavating was taken by the Ministry of Agriculture before we finished. We are in talks with the Ministry to again avail the equipment so we can resume with the process,” the Minister said.

On his part, Hajj Edrissa Ssedunga, the Chairman of the War Veterans’ Association lauded President Yoweri Museveni and the NRM government for the achievements registered over the years. He cited the increased electricity generation capacity, the fight against illegal fishing, safeguarding of women’s rights which he said has seen women become bread winners in many households.

Hajj Ssedunga however expressed concern over the exhuming by Buganda kingdom authorities of up to 868 skulls from one of the mass graves located in Kirig’ente.

“We condemn this interference with the peace of the dead. We request you (President) to remind them (Mengo) of the conditions you gave them while you gave them the land titles”.

He made several requests to the President among them, the unfulfilled pledges such as the upgrading of the Mpigi – Kasanje – Nakawuka – Kisubi road to tarmac.

He also mentioned the road that connects to Kapeeka to Katikamu which as well is in a sorry state.

The President pledged to work on the Mpigi – Kasanje – Nakawuka – Kisubi road to make it tarmac. He said he had used the road in 1971 and 1986, terming it as a historical road.

He said the road that leads to Busabala will also be improved.

Earlier, the President laid a wreath on a mass grave that holds remains of 150 people. About 100 people received the Heroes Day medals this year.

Among those awarded was deceased American scholar, George W. Shepherd who helped farmers in Uganda address the unfair agricultural policies by the British colonial administration in 1950s.

He had arrived in Uganda in 1951 when he was only 25 years old, against the will of the British colonial government.

He helps reorganise the accounting books of the FPUAF, the FPUAF by-laws were redrafted, transport issues affecting the FPUAF were sorted out.

Shepherd’s approach to racial reconciliation is perhaps one of the most significant contributions he made for Musaazi and his FPUAF. He was in Uganda for only two years but with the help of his FPUAF colleagues left a significant mark on the political landscape of Uganda. 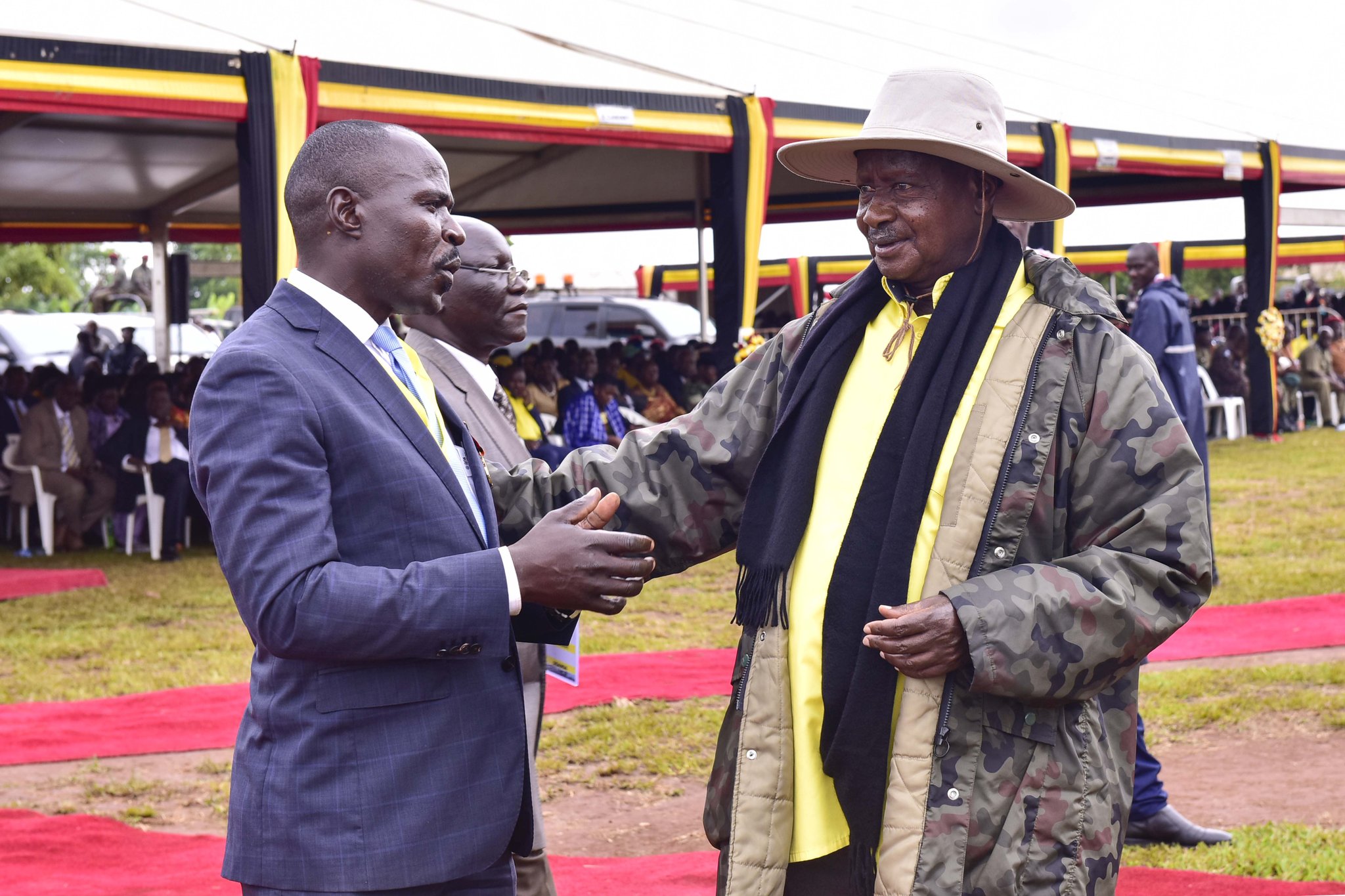 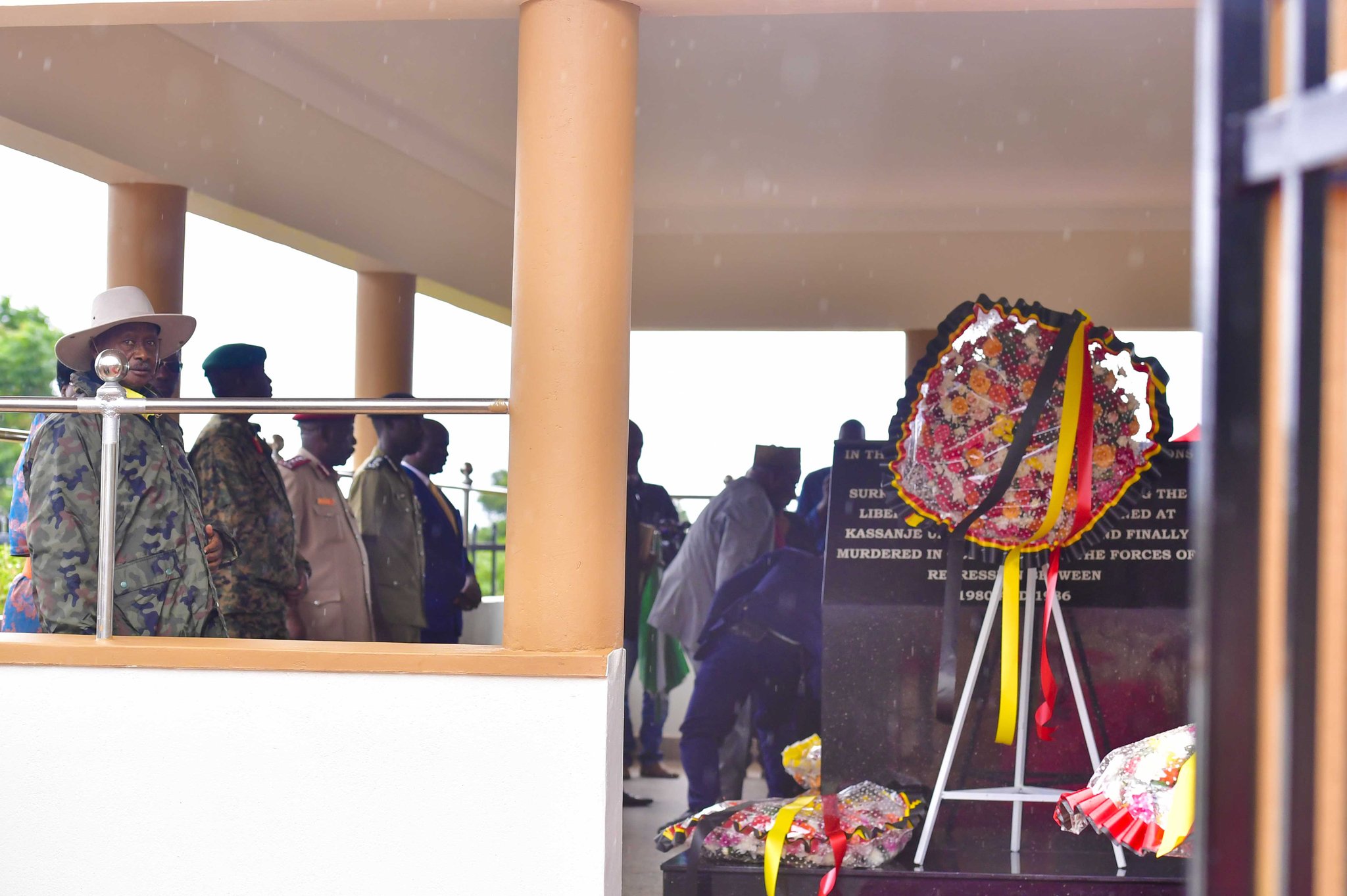 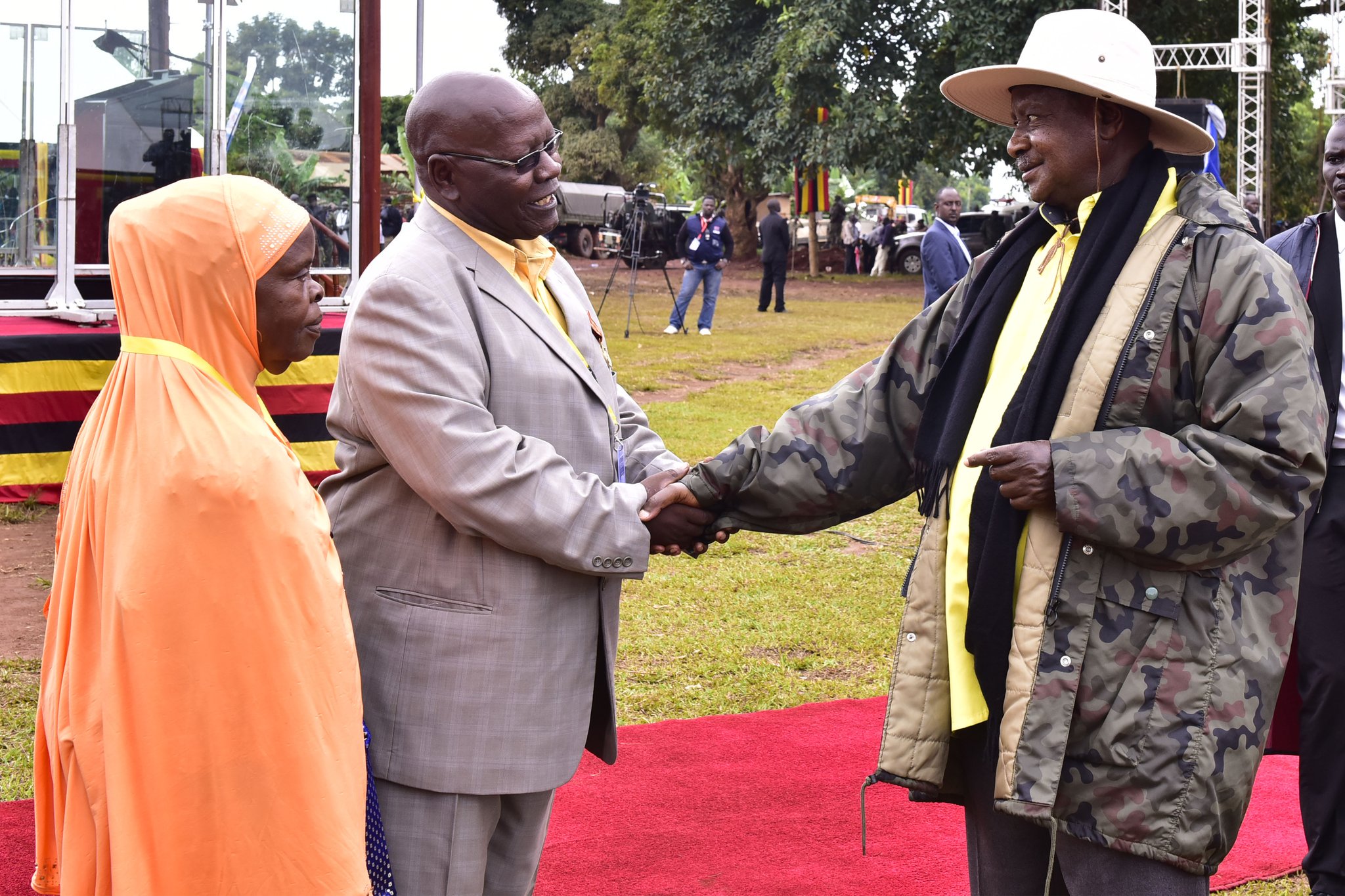 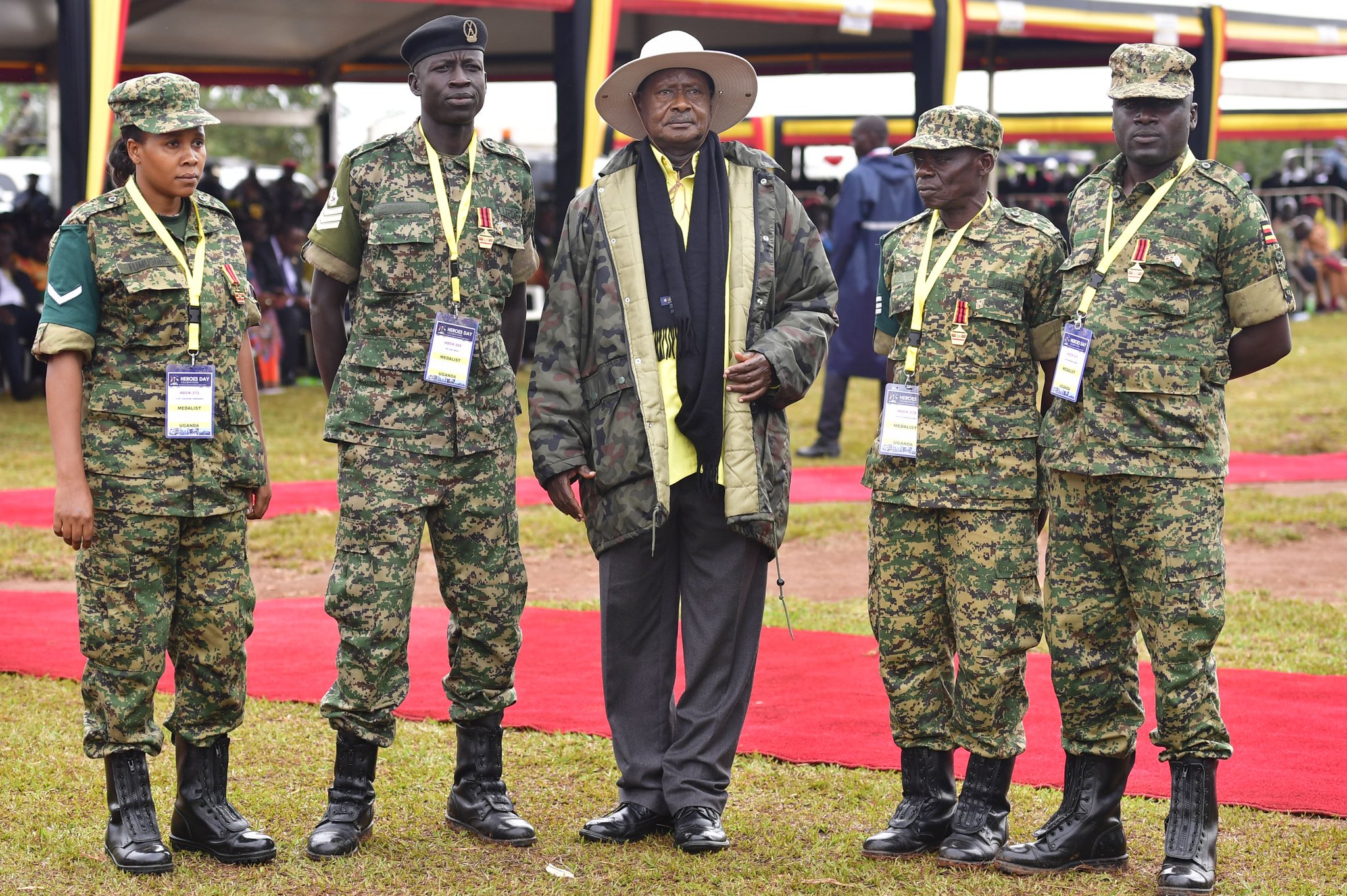 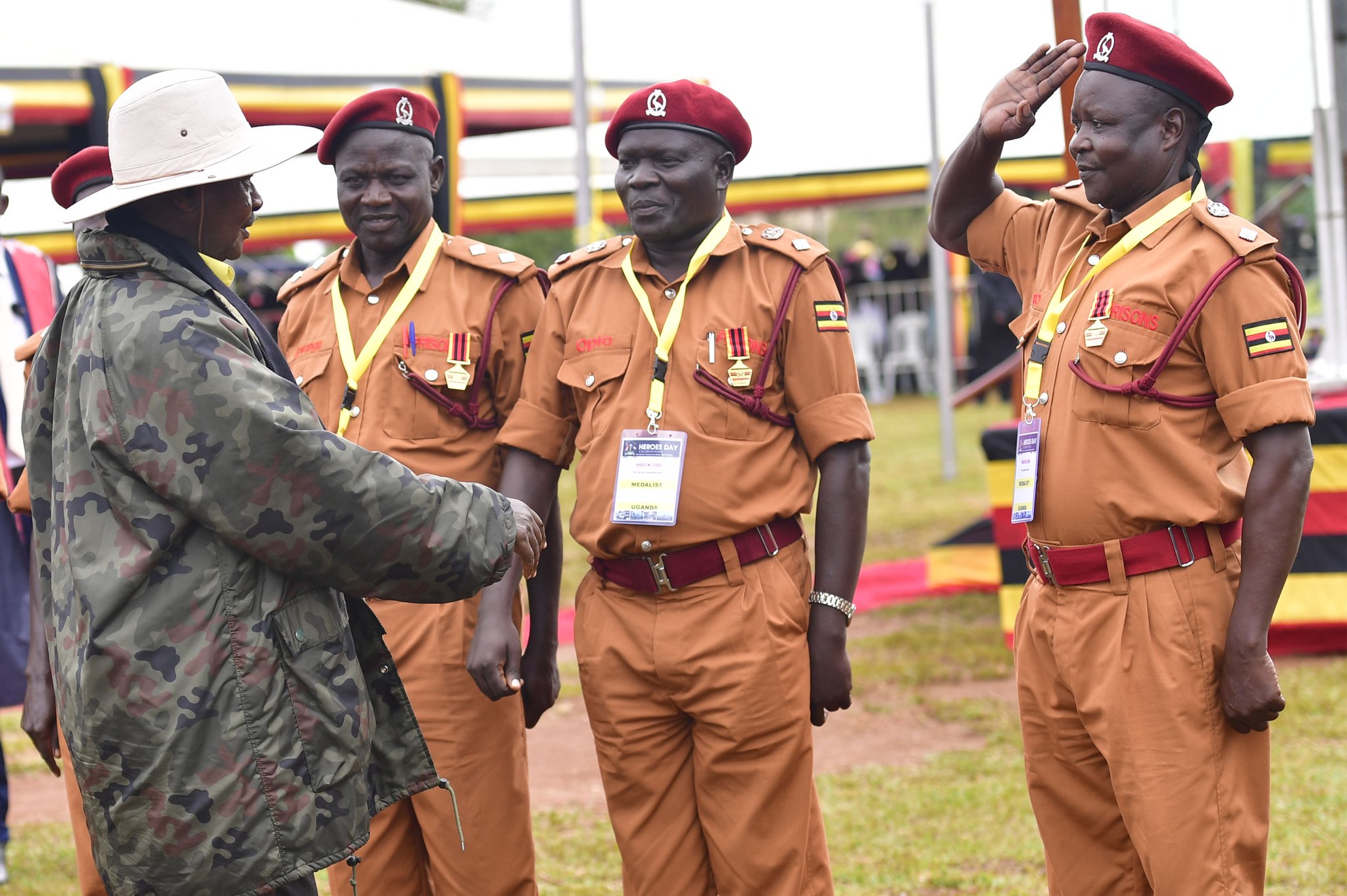 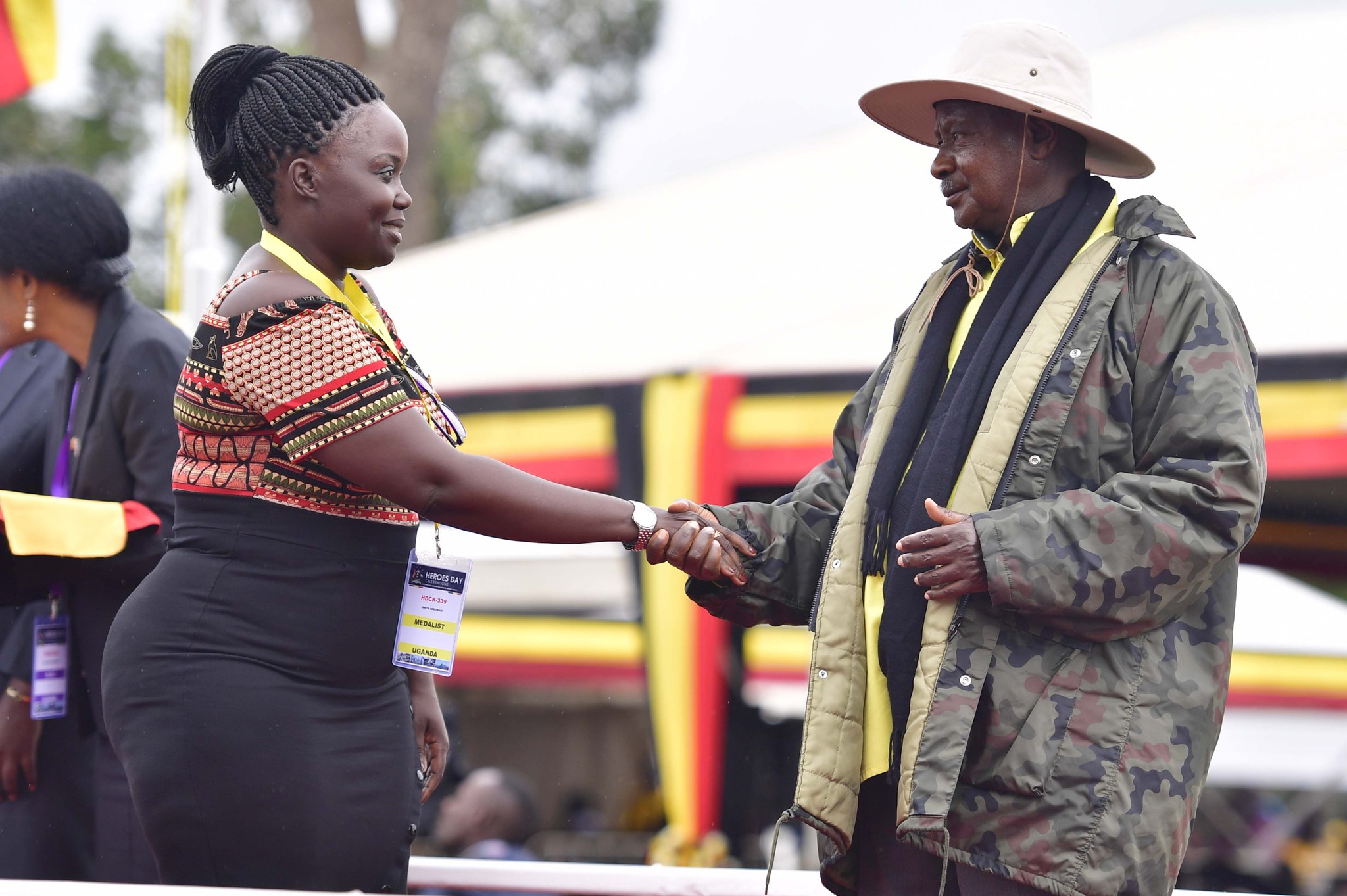 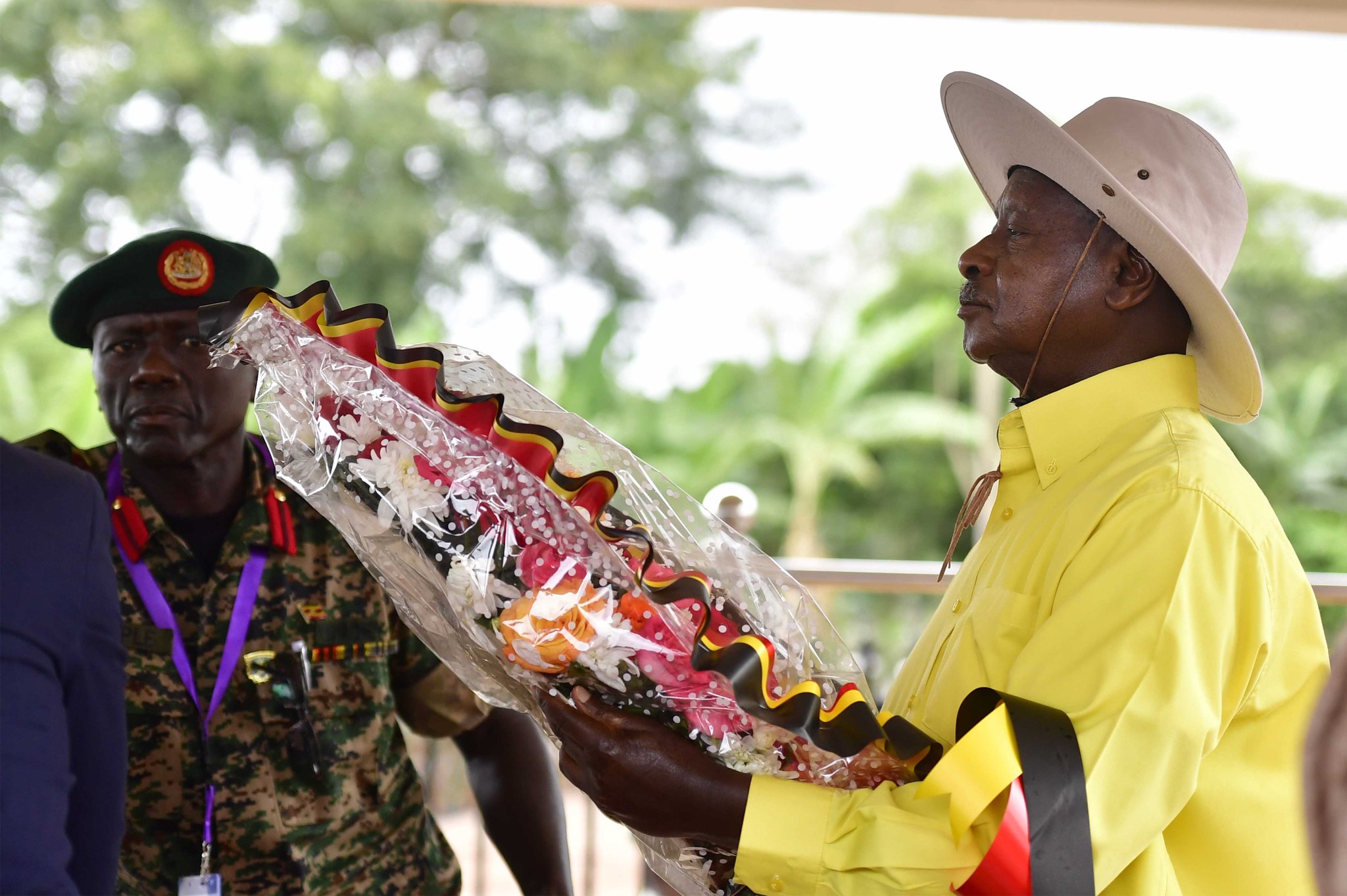 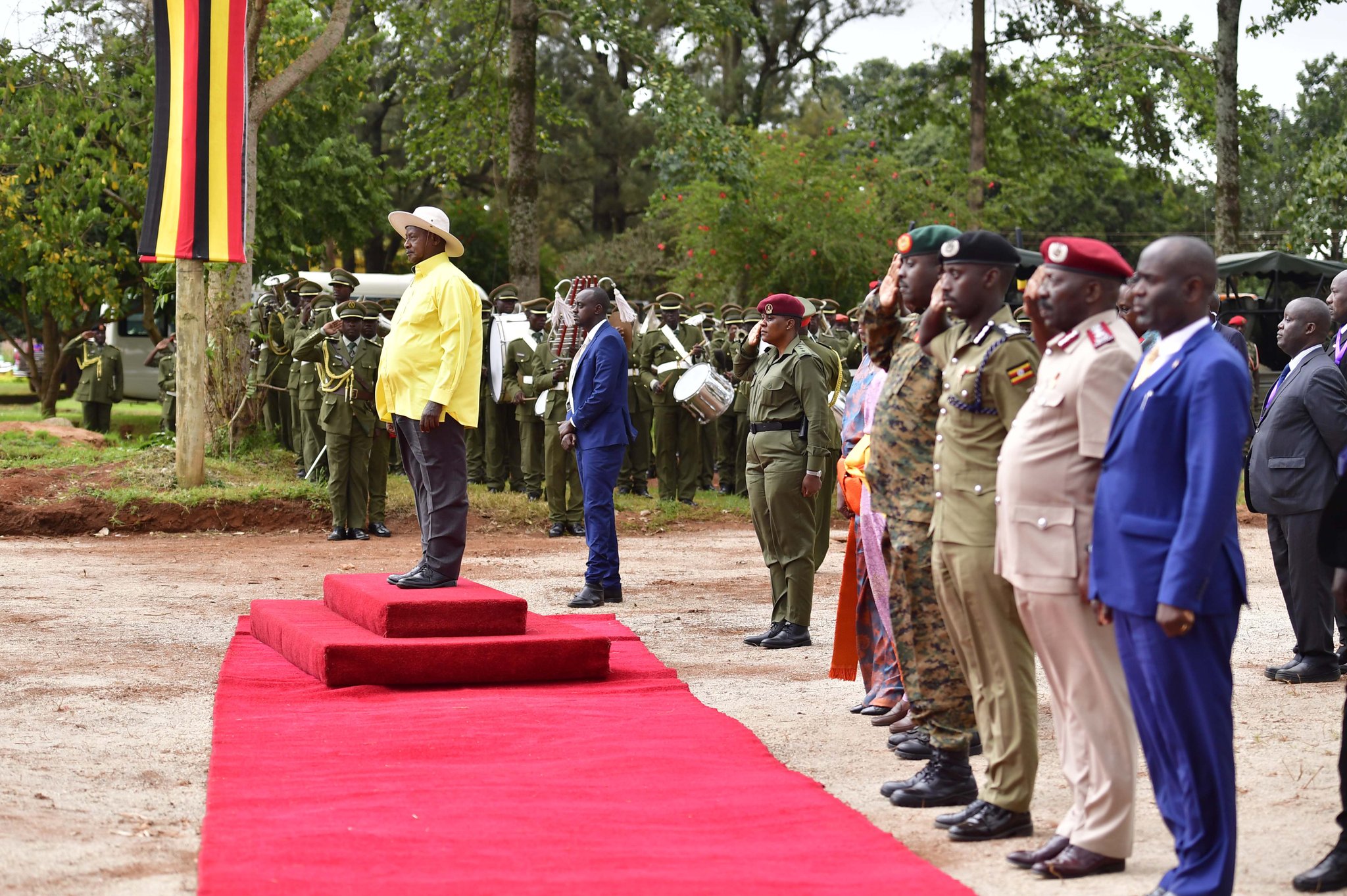 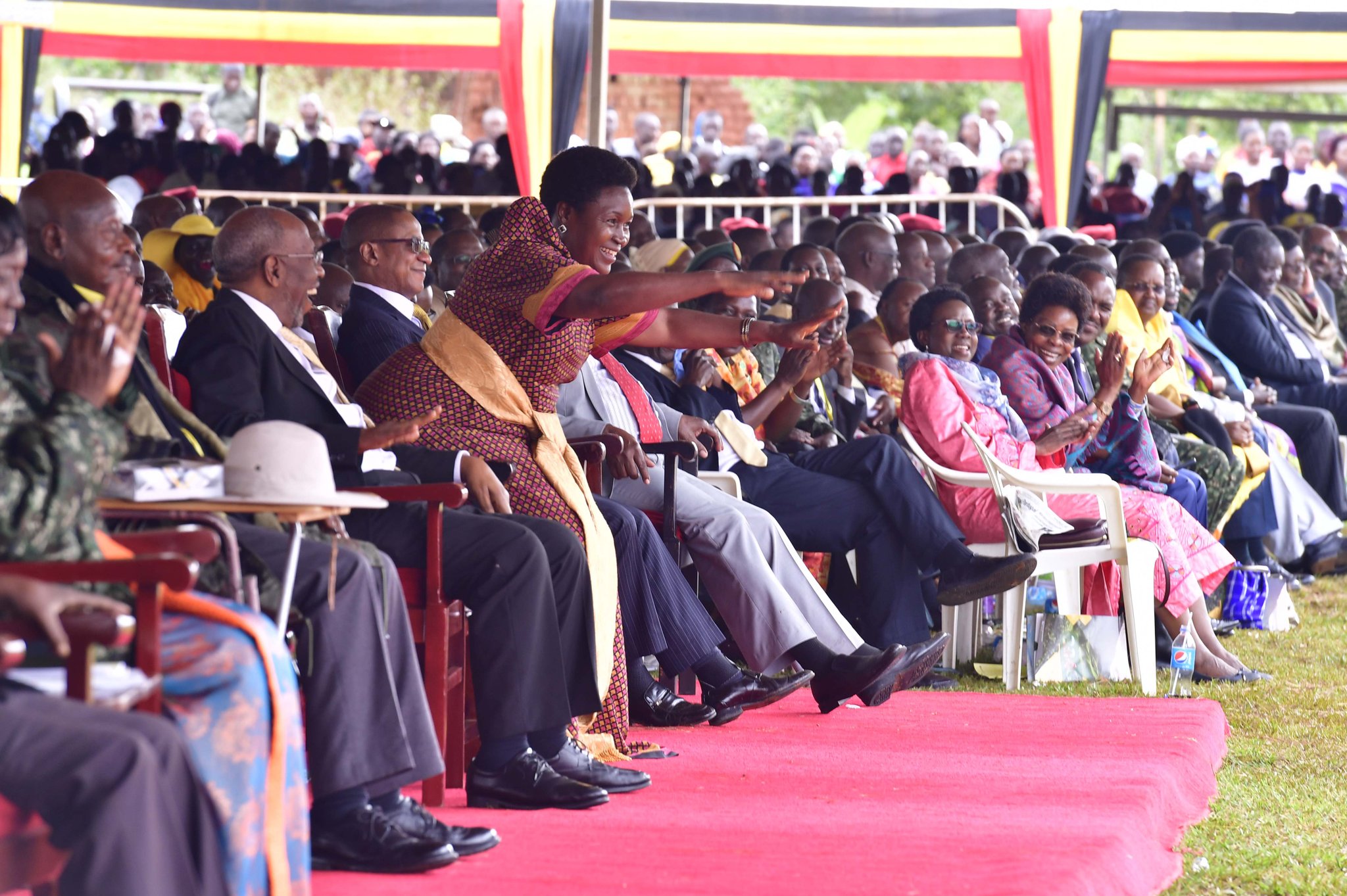 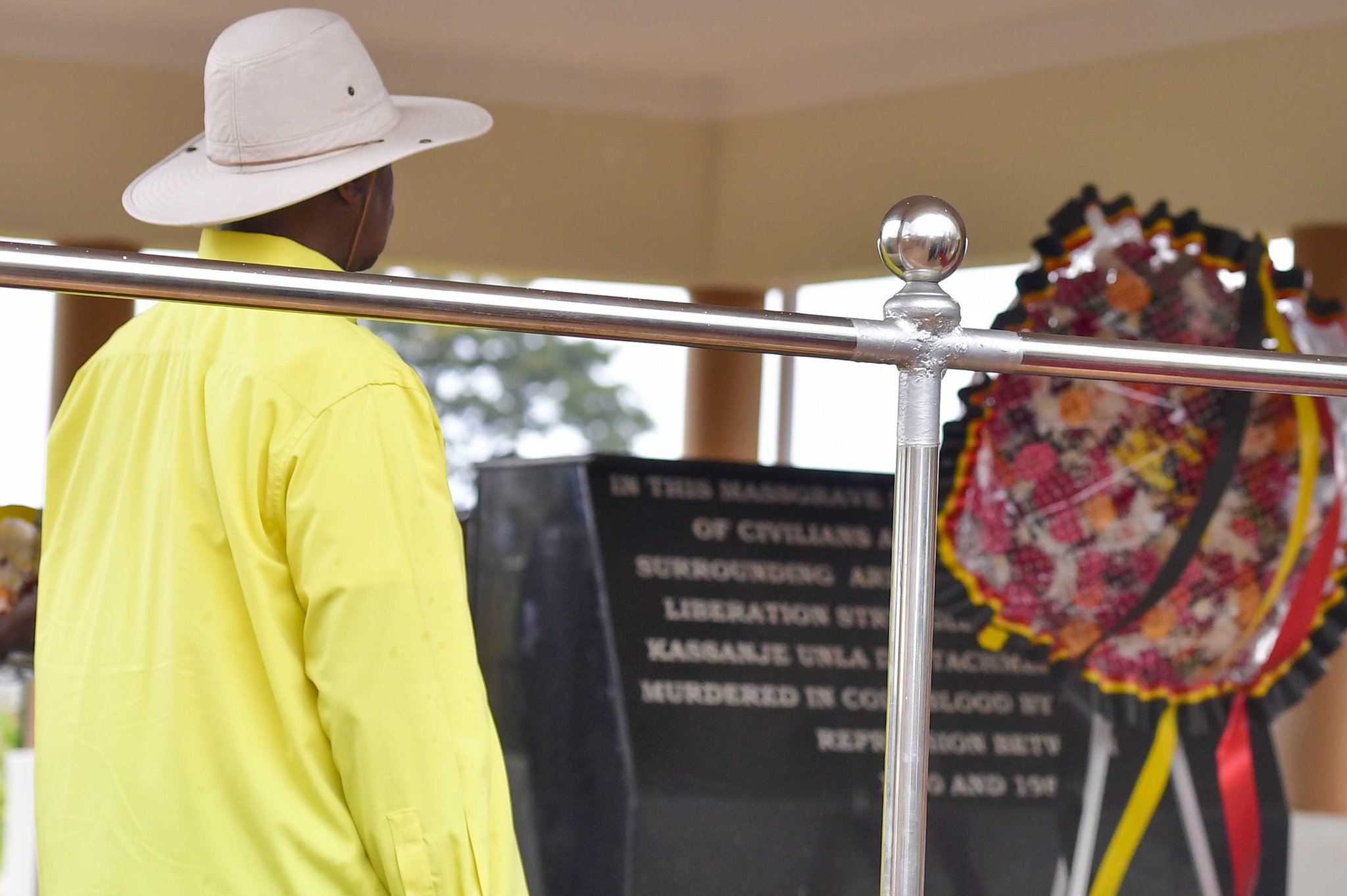 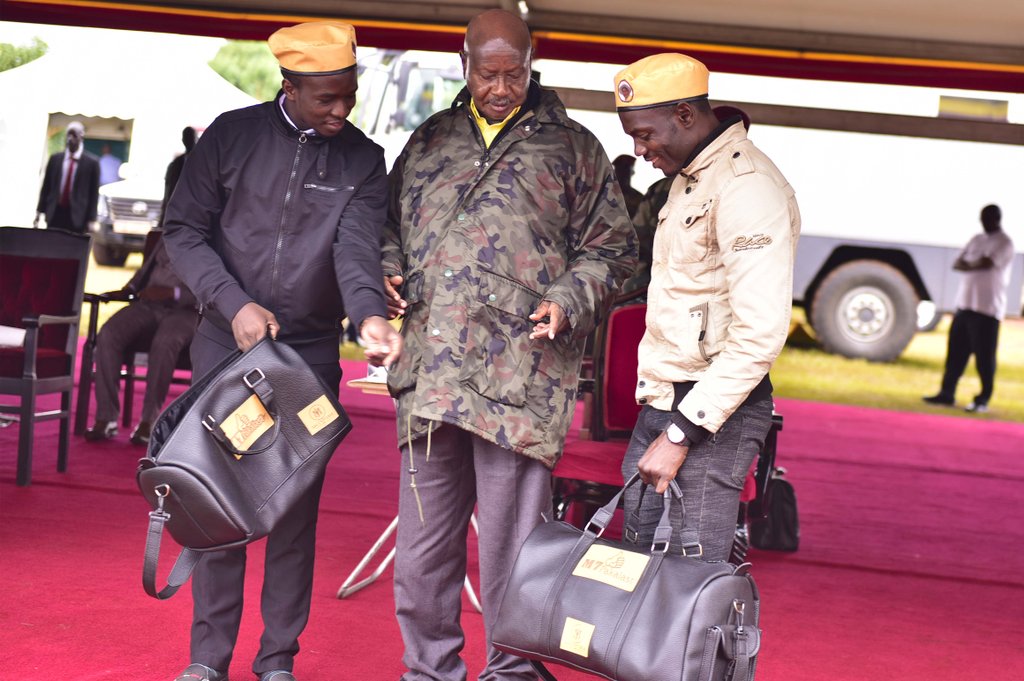 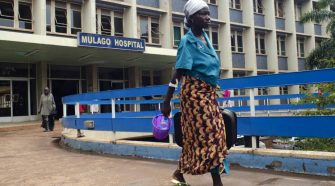