President Yoweri Museveni has again vowed to arrest, prosecute and replace Police officers who are reckless on the job, resulting into some of the criminal activity.

He said this during his New Year message.

While reflecting on the year 2019, the President cited the kidnap and gruesome killing of social worker, Maria Nagirinya along with her driver Ronald Kitayimbwa.

According to Museveni, “the corruption and laxity in the Police force is being dealt with”.

“There was also the historical under-equipping of the Police,” he said.

“I have made it clear that the youth that want to join the Police or the Army are in tens of thousands.  Therefore, those rotten potatoes in the Police will not waste our time”.

Museveni said that anybody who does not do his duty will be arrested, charged, sentenced and dismissed from the Police and promptly replaced by those that  are ready to work.

“Crime will be defeated. That is what I told you and that is what will happen”.

Last month, Uganda Police Force’s Disciplinary Court sentenced all the eight police officers who were on duty the night Nagirinya and Kitayimbwa were kidnapped and later murdered, after finding them guilty of neglect of duty.

A couple of days after Nagirinya’s abduction, her father, Francis Lubowa and her uncle Dr Ben Mukwaya blamed detectives for being complacent when they informed them of how their daughter had been kidnapped.

President Museveni would later order for the arrest of the police officers who did not act after being alerted by relatives about it.

Consequently, the 8 officers were arrested by the Police’s Professional Standards Unit (PSU) and charged with neglect of duty.

Read More: Nagirinya Murder: 8 Police Charges 8 of its Officers with Neglect of Duty

Police said court established that the officers violated the requirements of duty of remaining alert and observant while on duty after some of them were found absent that evening.

Seven of these were found guilty of neglect of duty and the other, discreditable conduct.

It was found that there were so many errors and delays in fast tracking the CCTV footages and there were also miscommunications which were made within minutes and hours after this double kidnap.

At the height of incidents of urban crime in Kampala and surrounding areas, the President in June 2019 addressed Parliament and laid out 12 points of handling crime.

Some of the steps such as installation of CCTV cameras on the road sides and fingerprinting of guns have been implemented.

The President says even with a small part of the 12 point plan implemented, there is already positive impact on reducing crime.

He cited for example that during the festive season, Police reported 21 murders in the whole country.  Most of these murders were straight forward cases of drunken fights, fighting over women and the suspects are either known or have been arrested, he said. 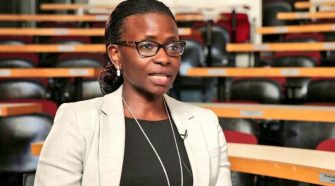