President Yoweri Museveni has rejected the Sugar Bill which was passed by Parliament in November last year, saying the legislators did not put into consideration the concerns of the big sugar manufacturers.

Museveni said he will soon return the Bill to Parliament for review. He said MPs supported only a section of the stakeholders in the sugar sub-sector, particularly the small producers, when there are bigger challenges impeding big factories.

“I think you (MPs) have a suspicious relationship with the small sugar people,” the President said Friday while opening the NRM Caucus retreat at the National Leadership Institute in Kyankwanzi.

“My plan was to convince the big sugar people because the sugar they produce is for tea. I advised them to refine it for use in pharmaceuticals like syrup, but when I tell Madhvani, he says we are sabotaging him and that he is about to close,” the President told NRM MPs and Ministers.

He said that with such unfavorable laws, the country will continue to import sugar products which would have been produced locally. Museveni cited some of the sugar products used in the making of soda which he said are sourced externally.

“I would love to have figures on how much money we are spending on importing refined sugar for pharmaceuticals. Even the refined sugar used by Coca Cola is imported,” he said.

Although he did not point out the particular clauses of the Bill that he was concerned about, President Museveni said he would convene a special NRM Caucus meeting soon to further discuss the Sugar Bill.

The Sugar Bill, 2016 was passed by Parliament on November 21 last year, with the House quashing a number of clauses considered unfair to the ordinary cane farmer and only favoring sugar ‘barons’.

Notable among the adjustments made, majority of the legislators rejected a proposal by government to have a zone of 25km between mills with no more than one mill in that zone and out-growers in that area only supplying sugarcane to the mill.

Instead, the Committee on Trade that considered the Bill, proposed to have a nucleus operating area of 2,000 hectares.

MPs argued that Uganda is a liberalized economy, and thus there was no need to create monopolies to enrich a few sugar barons at the expense of the growers through what they termed as discriminatory clauses such as zoning, which are unconstitutional.

The Chairperson of the Committee, Robert Ssebunya, noted that the committee proposed an amendment that a sugar mill or plant has a nucleus estate instead of a zone of 2,000 hectares from a 25km radius.

The Bill seeks to provide for the development, regulation and promotion of the sugar industry to ensure that there is a sustainable, diversified, harmonized, modern and competitive sugar sector.

Margaret Baba Diri, the MP for Koboko district was opposed to government dictating the size of the area where a mill will be established because 2,000 hectares is too much and gives the miller a big expanse to have control over.

Members also voted to double the number of out-growers on the Uganda Sugar Board from two to four since they are the majority in the sugar cane growing industry.

This was aimed at creating power balance between the growers, the millers and government. 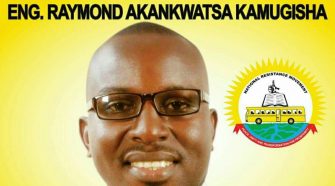