President Yoweri Museveni has yet again commented on corruption as one of the outstanding problems that Uganda is grappling with, urging investors to report individuals who solicit for bribes.

This is the second time President Museveni is commenting on corruption in a space of four days. Last week on Friday, Museveni made similar statements during an event where he was launching Uganda’s very first mobile phone and computer manufacturing company – SIMI Mobile Uganda.

He said that government has invested in transport infrastructure and energy (electricity) which will reduce the cost of doing business for the manufacturers.

Government, he said is now working to reduce the cost of credit, for those in manufacturing, by capitalizing Uganda Development Bank.

The President however commented on the issue of corruption by public servants which he said is the remaining problem.

“And I am telling you, I am going to crash corruption. If you are corrupt, know that you are an endangered species,” he said.

At State House Entebbe on Monday, he told guests that Uganda’s transformation has happened because of NRM’s clarity of vision even when faced with bottlenecks like high cost of electricity, money and transport.

“Our steadfastness, however, has seen our economy grow steadily over the years and from a country of scarcity, we are now a country of surplus,” he said.

According to Museveni, the government’s push for regional integration seeks to address the challenge of market for Uganda’s surplus products.

He cited the dairy sub-sector where the country produces 2.5 billion litres of milk annually yet only about 800 million litres are consumed in Uganda.

“We have resolved most of the obstacles that limited our industrialization push. We have surplus electricity, have fixed the roads, now working on the railway and capitalizing Uganda Development Bank to fix cost of money”.

He added however that “the biggest challenge is corruption”.

“Previously, it was mainly perpetrated by civil servants but it looks like the politicians have joined in. We are going to crack the whip.”

“I urge investors to report government workers who ask for bribes. For the foreigners, you can go through your ambassadors who will reach me easily.”

In May this year, the President Museveni said it is possible to stamp out graft by conducting thorough investigations, enforcement of prosecution and getting the courts to dispense immediate justice.

He argued it is not sustainable for one to be prosperous as a result of amassing wealth when the vast majority continue to live destitute lives.

“The prosperity of a few cannot be sustainable”.

A report recently released by the Anti-corruption Unit of State House which was established by Museveni in December last year, revealed that the Unit has so far interdicted 82 public officials for corruption.

The Unit also said it had made a recovery of Shs 700m which was irregularly paid out in betting as well Shs 87m which had been extorted by labor export companies.

Since its inception, the Unit headed by Lt Col Edith Nakalema has received a total of 58,415 complaints, 4,017 of which are currently under investigation.

At least 93 person had been charged in court on corruption related offences ranging from abuse of office, causing financial loss, conspiracy to defraud, corruption, diversion of public funds, embezzlement and impersonation as of October 23.

Out of the 93, a total of 82 are public officers and these were accordingly interdicted, while 11 are private individuals.

The 82 include 3 officials (Directors) from the Bank of Uganda who were arrested in connection with the currency cargo that was flown into the country irregularly.

The interdicted public servants also include 9 from Post Bank, 11 from Ministry of Land, URA and the Directorate of Public Prosecution, 18 from Commissions and Statutory Boards staff. Some 22 officials are from local governments of Alebtong, Amolatar, Dokolo, Lira and Mbarara, and 14 from municipal and town councils of Tororo, Mbarara, Aruam Bugembe and Kasangati. They include Accounting Officers (at the level of Permanent Secretary), Chief Administrative Officers (CAOs), a Mayor, Chief Finance Officers, District Engineers and Town Clerks.

The Unit had by October secured 5 convictions 3 of which are related to bribery and 2 related to impersonation. 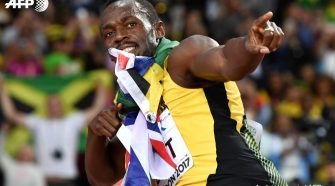