President Museveni touring some of the stalls where youth exhibited different products.

President Yoweri Museveni has said that government is ready to support the young people in Uganda with skills in different fields in order to make them employable, but also reduce the country’s trade imbalance.

He outlined areas like midwifery, carpentry, nursing, secretarial studies, farming among others in which the government will support skills development.

“These skills will make you more employable,” Museveni told a crowd of young people who attended he International Youth Day celebrations held at Kampiringisa in Mpigi District on Sunday.

He said that such skills will support especially benefit young people who are educated but have failed to get employed.

Museveni also pointed out the issue of capital which remains a barrier in the youth’s efforts to improve their livelihoods. He said that instead of creating new administrative units (districts) which comes with a huge financial bearing on government, such funds should be channeled as capital to the youth.

“On the question of capital, I urge MPs and ministers to support me in de-emphasizing some expenditures, like creation of new districts, so that we make more money available for the youth to use as capital,” the President said in a statement.

“This capital will be helpful. For example, when inspecting the exhibition stalls, I saw some children working on turning cassava into starch. Many tablets have a big percentage of starch,” he added.

He said that the country is importing a sizeable amount of starch as an ingredient for tablets, which is an area that young people can exploit, if supported.

Uganda imports USD 54 million and USD 24 million worth of animal feeds, but this has to stop, the President said.

“With such capital, we could support those young people to make pharmaceutical grade starch for making medicine”.

He said that similar opportunities in value-addition and hence job-creation exist in the fishing sector in the North and East of the country, the hides and leather industry and even electronics.

“Everything is now in place, we just need to focus. Again, I congratulate the youth celebrating this day and hope that when we meet next year, there will be no more importation of maize, sorghum, shoes, etc and we shall be exporting fish, flour and many others,” Museveni said. 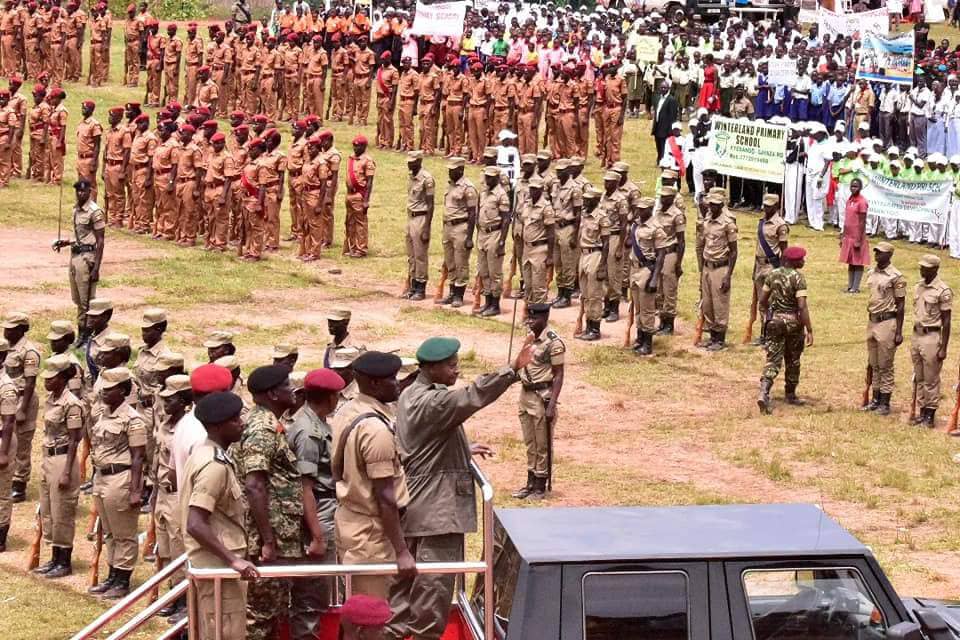 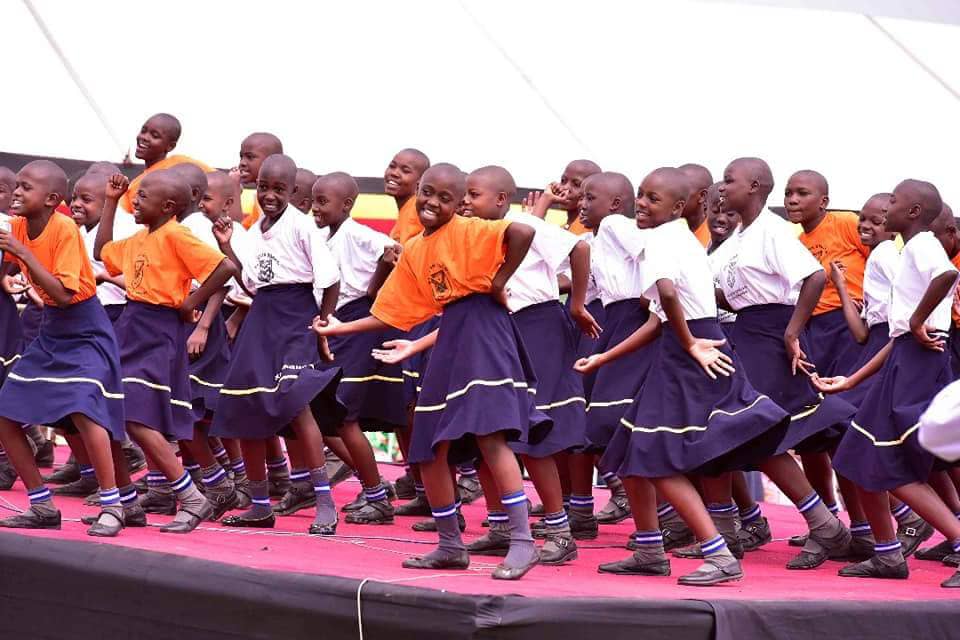 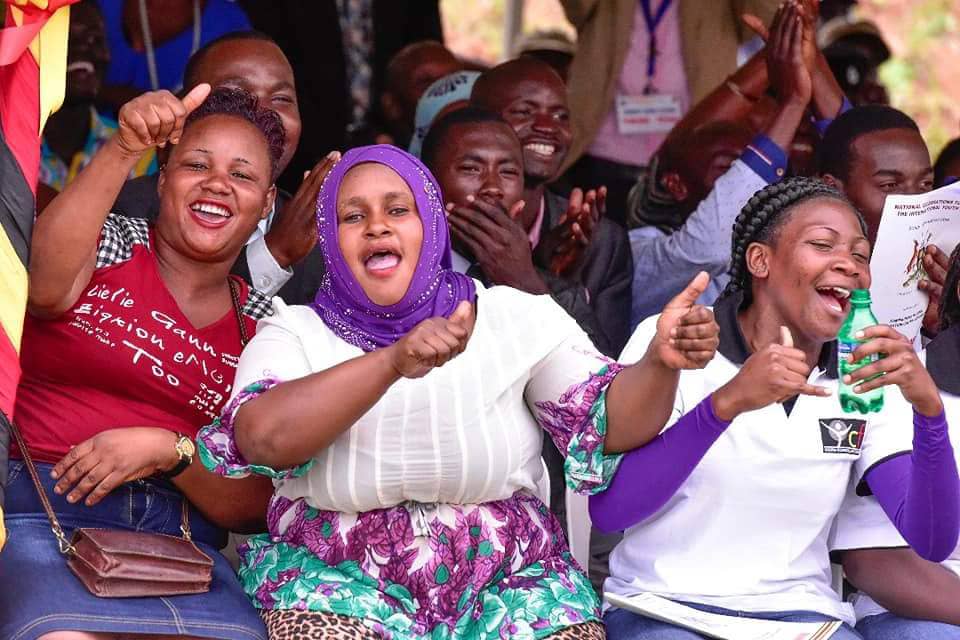 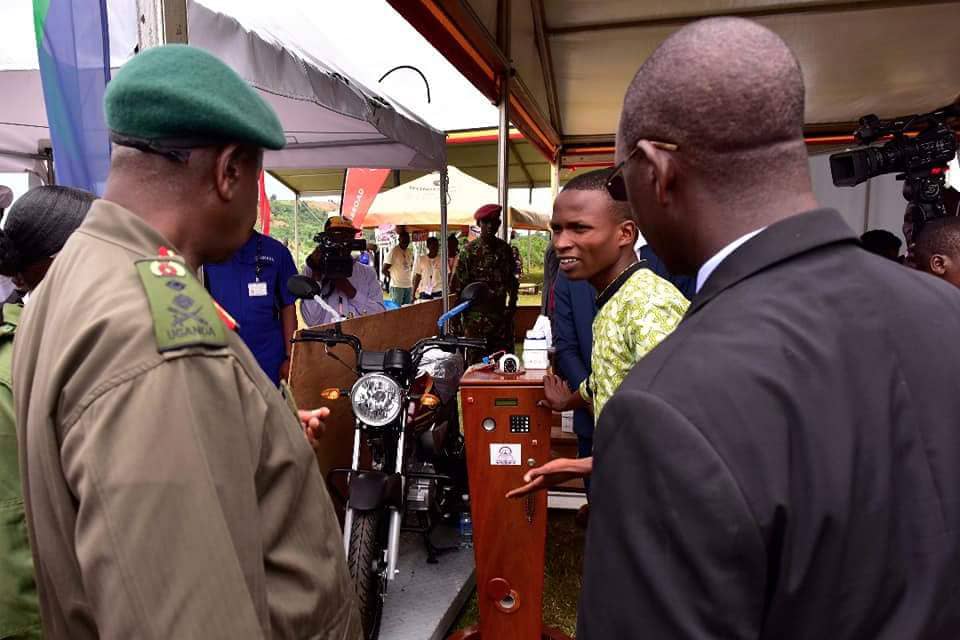 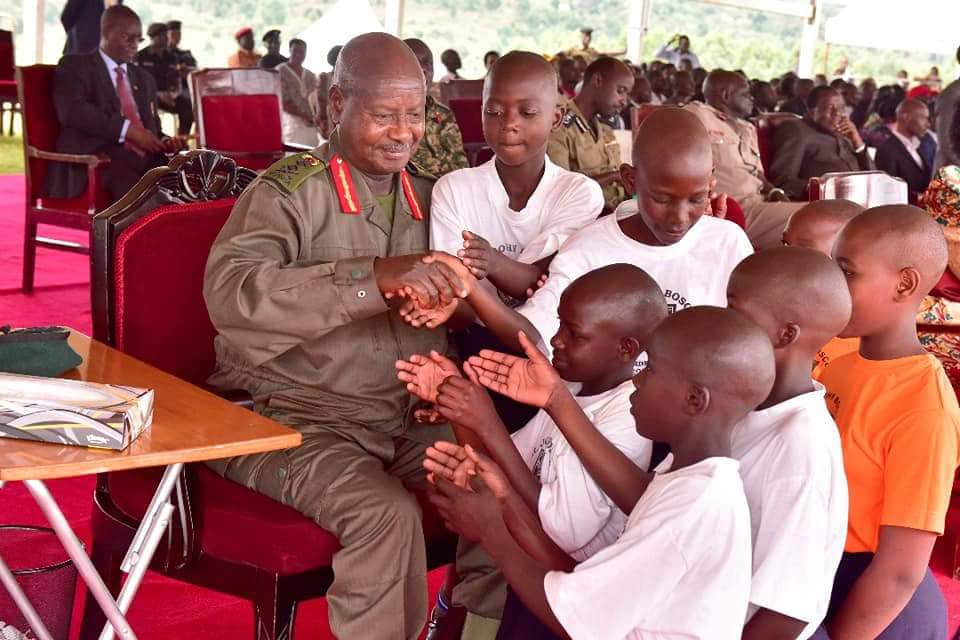 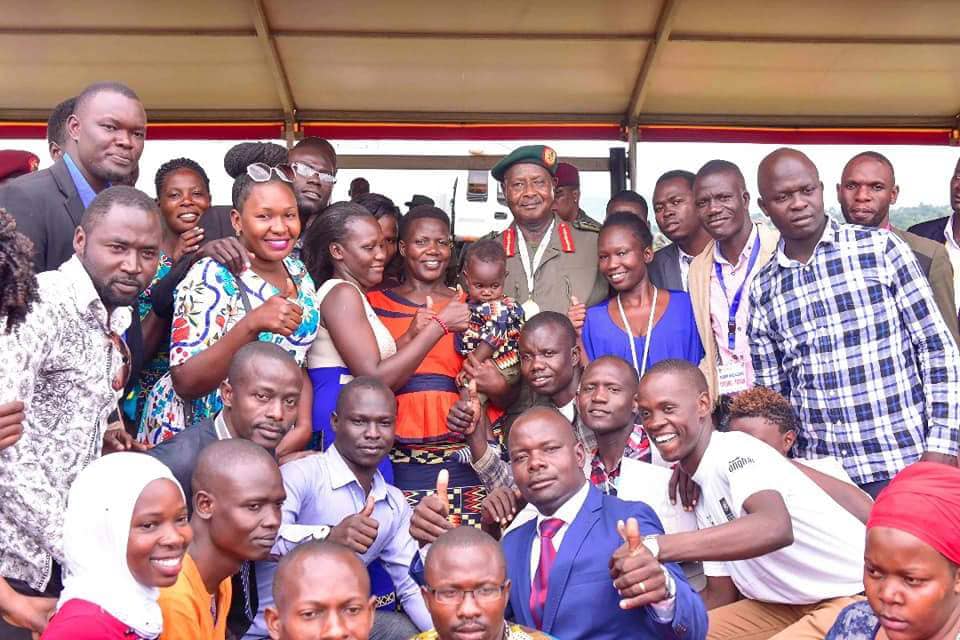 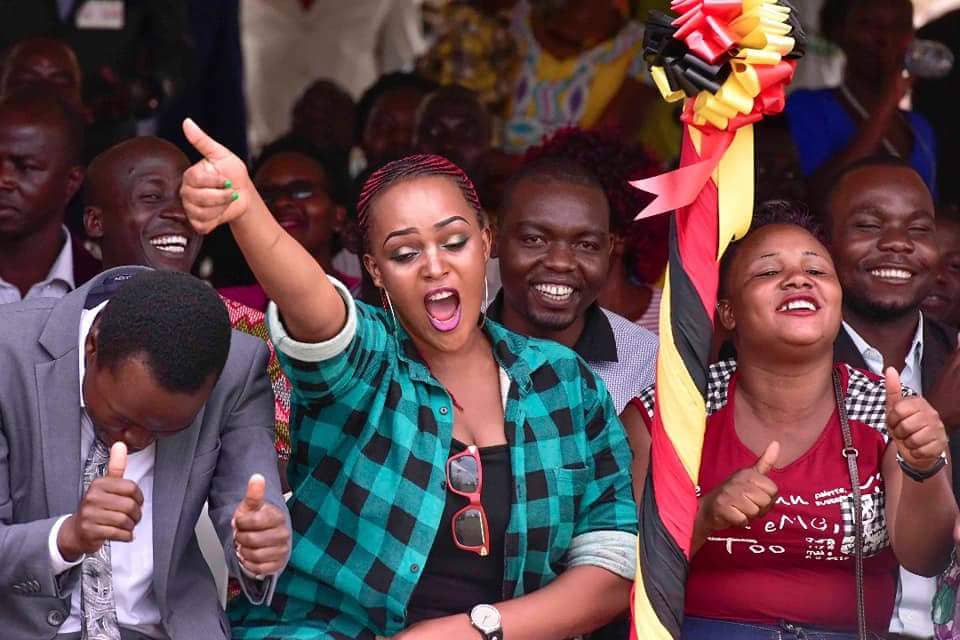 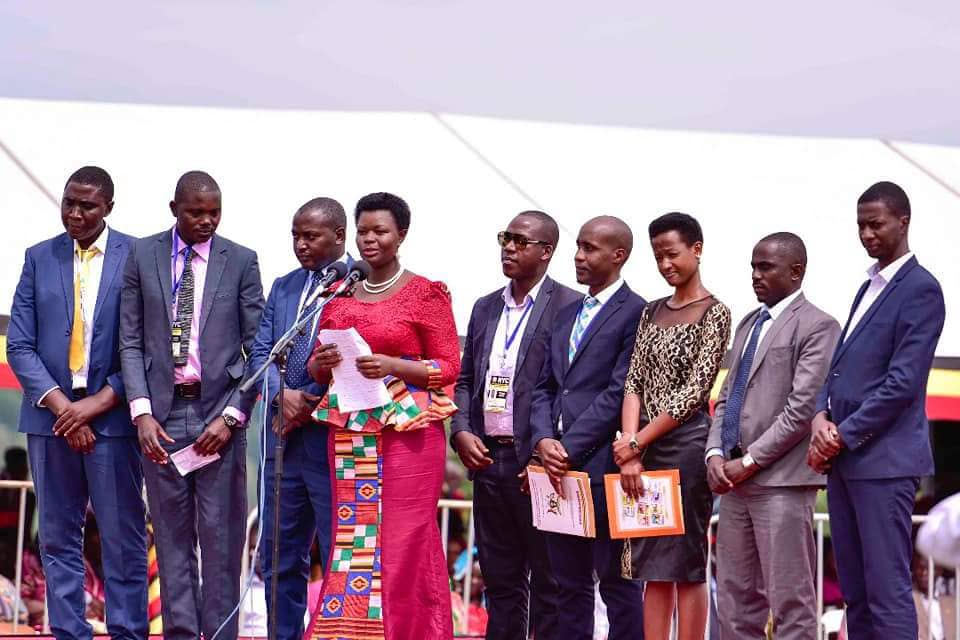 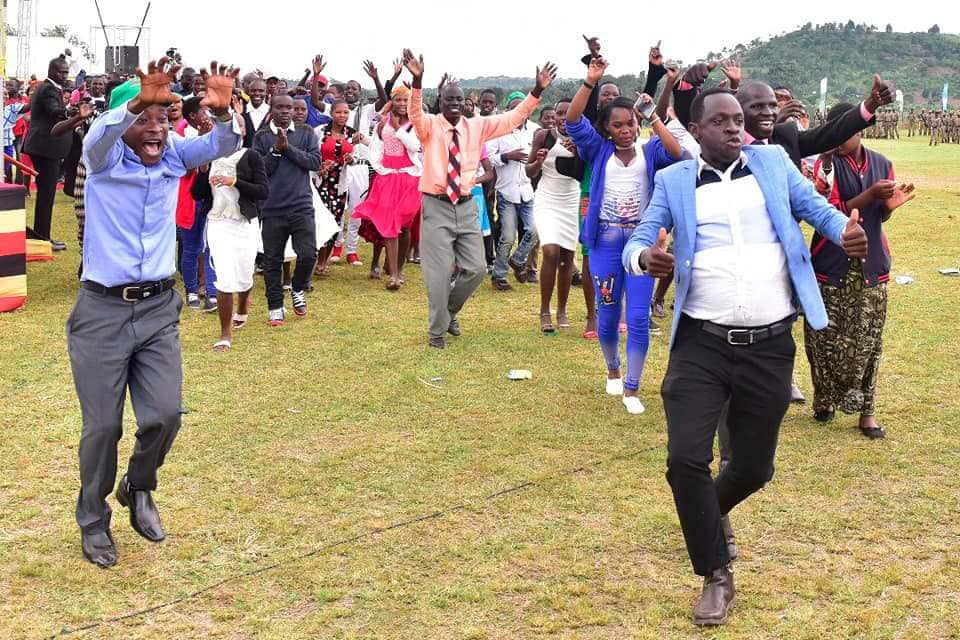 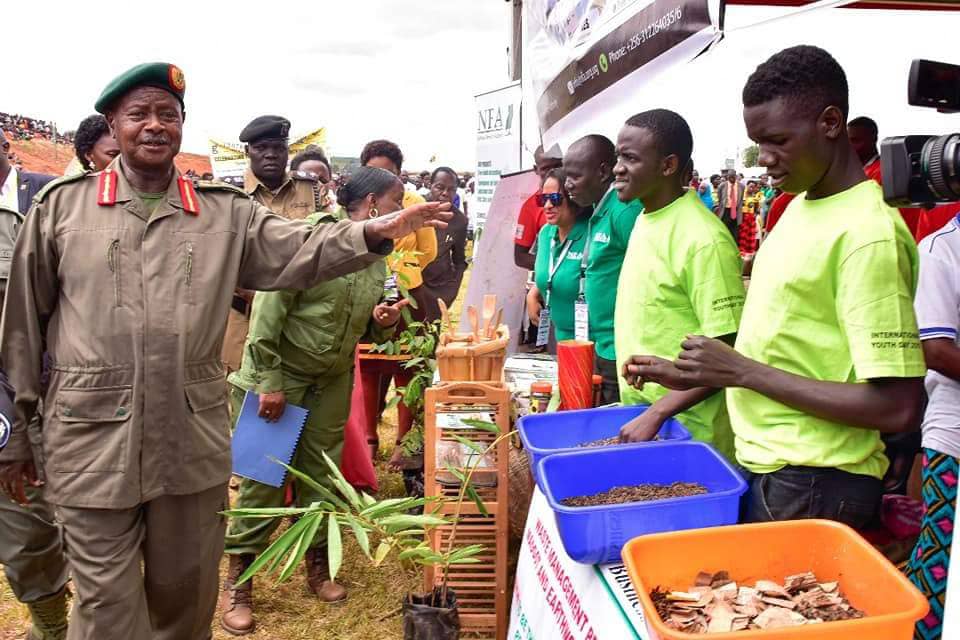