India’s Prime Minister, Narendra Modi, is in Uganda for a two-day state visit as part of his Africa tour. Modi arrived at Entebbe International Airport on Tuesday afternoon aboard Air India from Kigali, Rwanda where he has been on a similar visit.

He was received at the airport by the Minister for Foreign Affairs, Sam Kutesa among other dignitaries and immediately paid a visit to State House Entebbe where he met with host, President Yoweri Museveni.

India’s Ministry of External Affairs said in a statement that Africa has been the top priority of India’s Foreign Policy adding that “the visit of the Prime Minister to Rwanda, Uganda and South Africa will further strengthen our relations with the African continent”.

Different Memoranda of Understanding (MOUs) were signed and exchanged by the officials on both sides, to strengthen cooperation between the two countries.

Prime Minister Modi announced a USD 200 million (Shs 744 billion) credit facility for Uganda, which President Museveni said could be used to import machinery from India to help local industries including those in agroprocessing for value-addition.

India will as well offer financial support worth USD 929,705 for capacity building and creating a supportive infrastructure for East African Community (EAC) which is currently chaired by Uganda.

A total of 25 slots for training under the ITEC scheme in the field of dairy cooperation in order to strengthen cooperation in the dairy sector have also been committed to Uganda by India.

India gifted 88 vehicles, 44 each for the Ugandan Peoples Defence Forces (UPDF) and for civil use by the Ugandan government.

In the education sector, Modi announced a donation of 100,000 NCERT books for school going children of Uganda.

The two leaders have resolved to increase cooperation in investment, tourism and trade, and improve the balance of trade between the two countries.

It is also understood that President Museveni extended some requests to Modi, including that India allows the soon to be revived national airline, Uganda Airlines, to fly directly to Bombay in India. This would be aimed at boosting trade and tourism by eliminating travel bottlenecks.

Museveni further asked that the government of India establishes the Mahatma Gandhi Convention/Heritage Centre at the source of the Nile in Jinja, a site that would not only deepen cultural relations but also act as historical land.

On Tuesday evening, the Indian Prime Minister will meet with and address over 1,000 people who are part of the Indian community in Uganda.

Before departing for South Africa on Wednesday, Modi is scheduled to address members of Parliament. 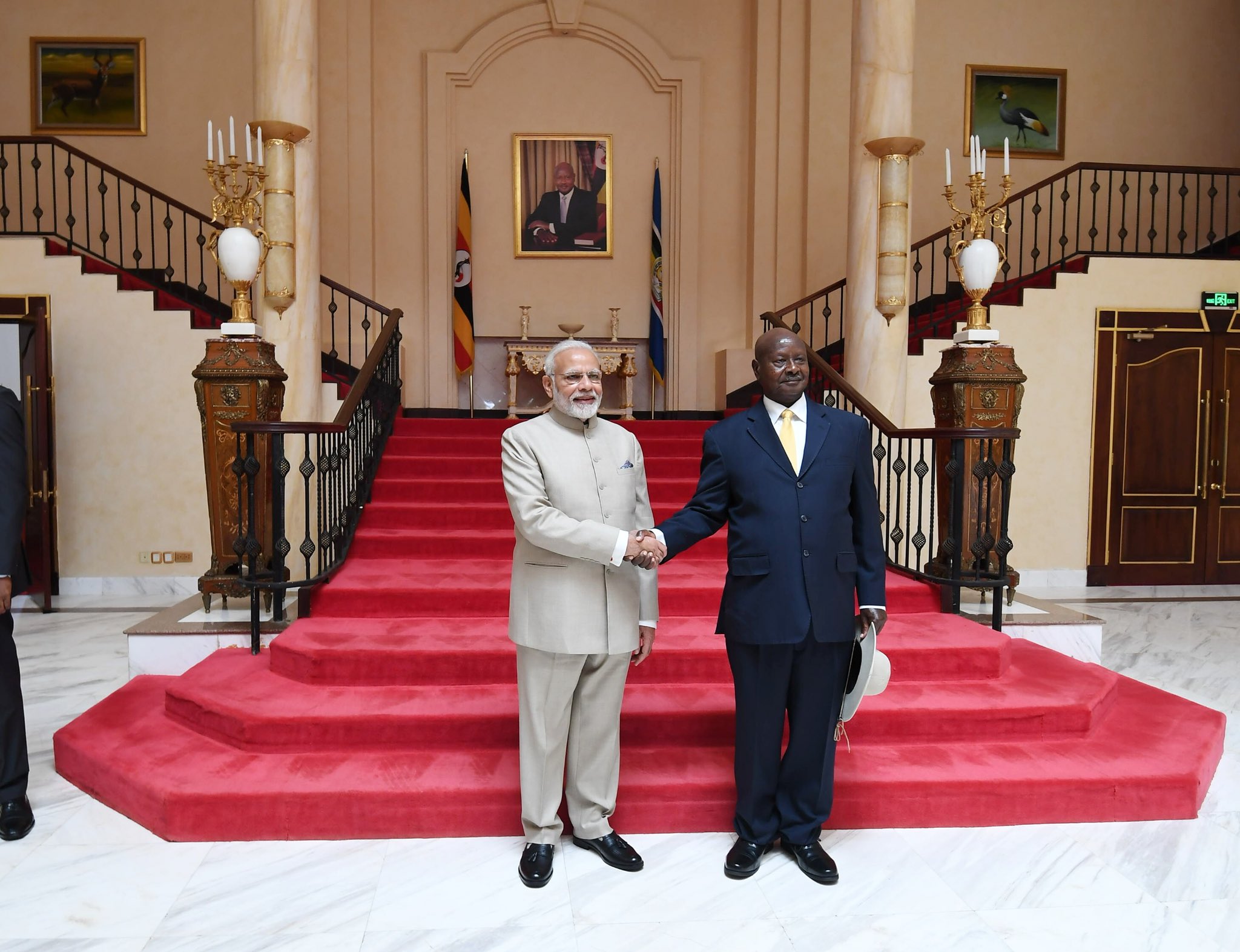 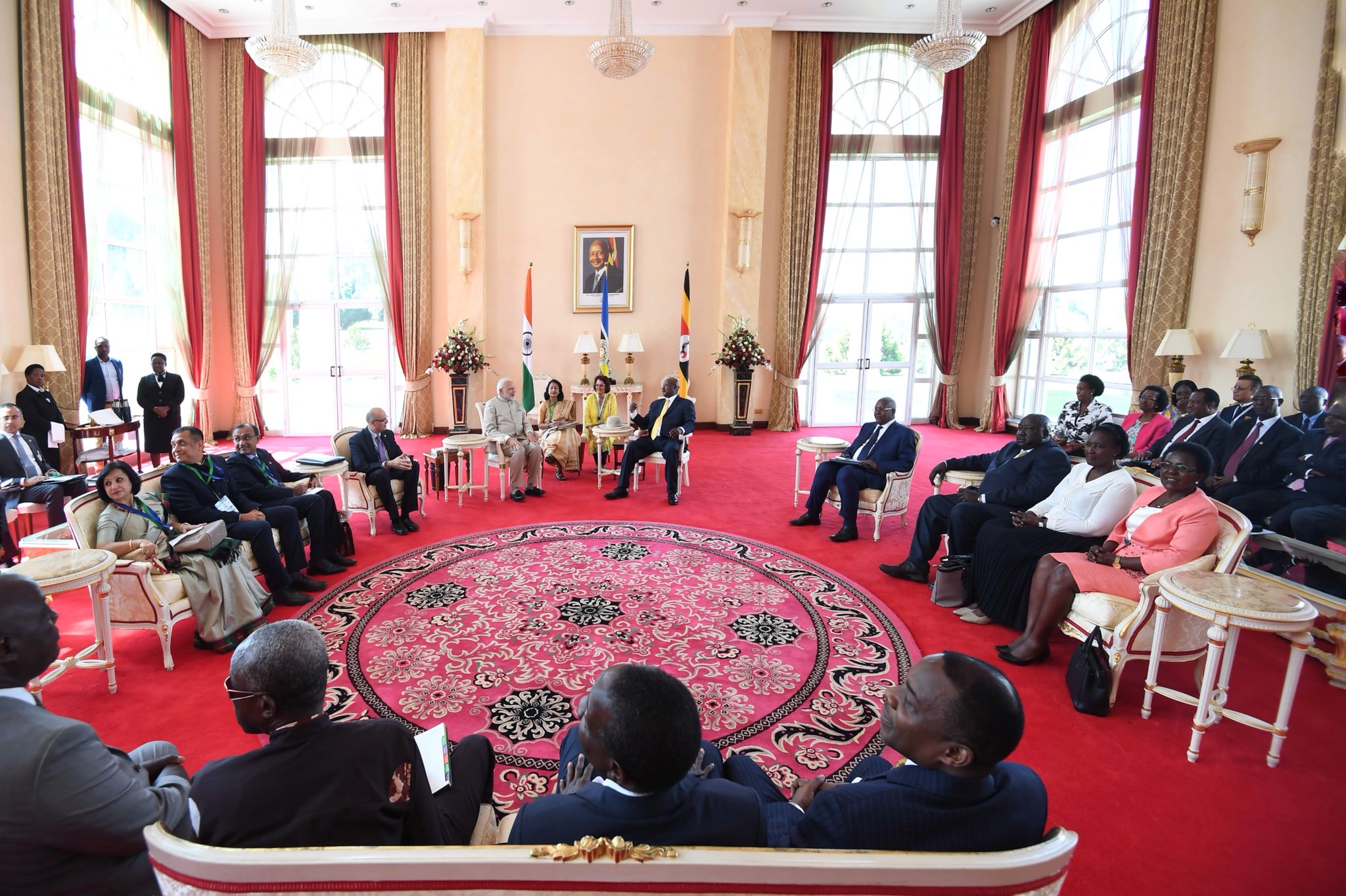 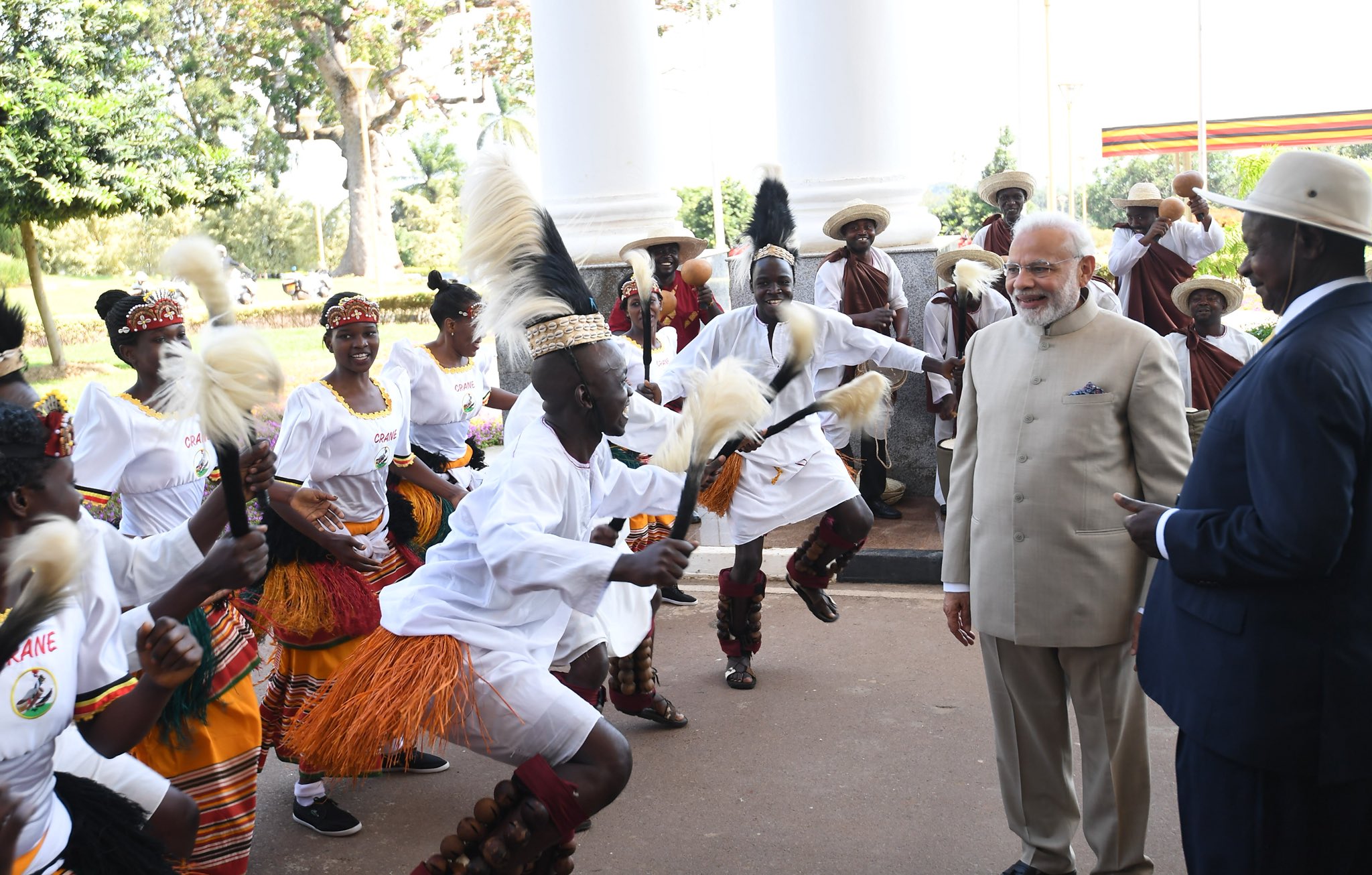 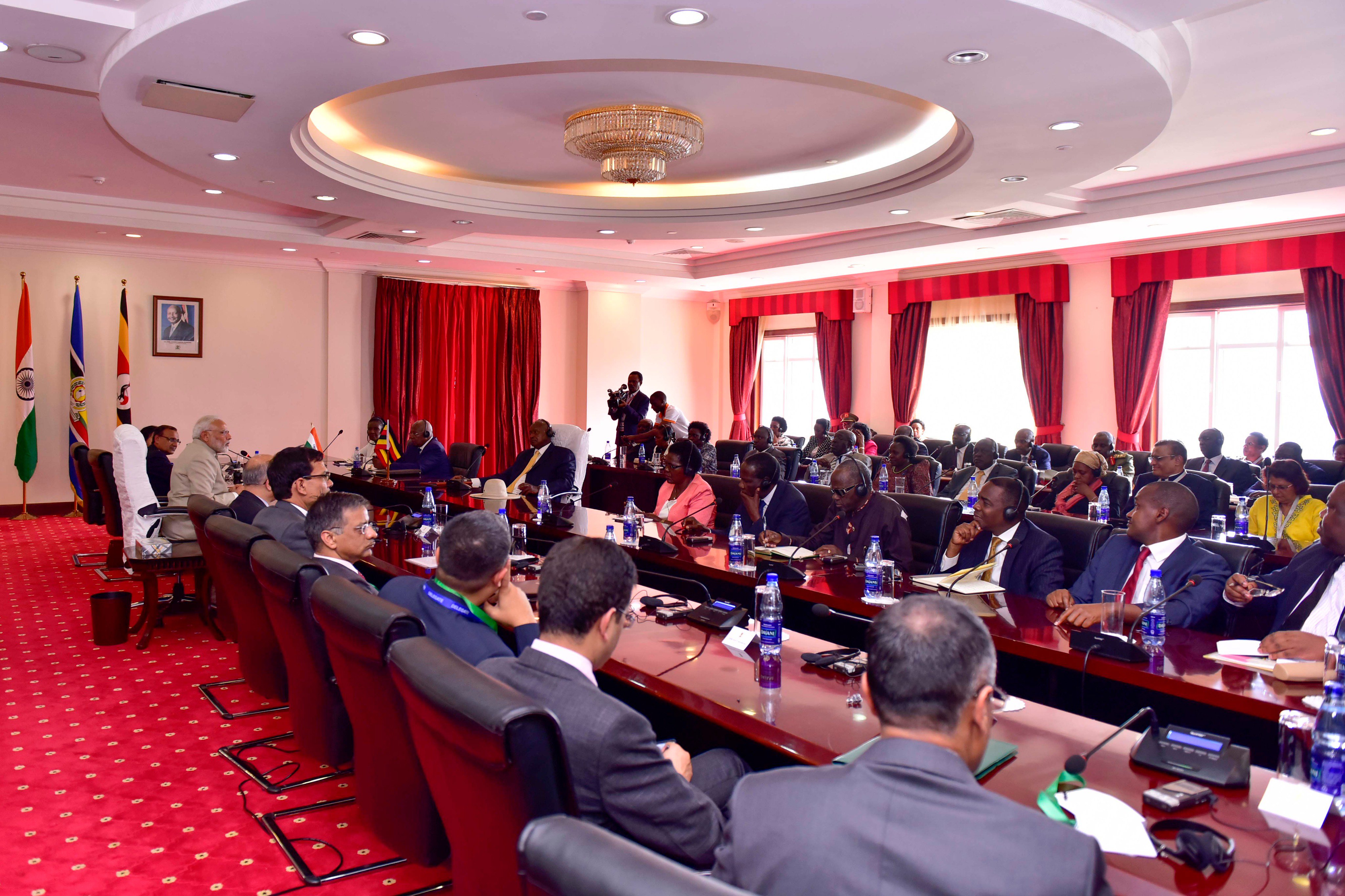