President Yoweri Museveni is Tuesday set to address  the Police Council which convened on Monday at the Police headquarters in Naguru, Kampala.

The 25th Police Council meeting was opened by the Inspector General of Police, Martins Okoth Ochola.

The meeting is running under the theme “Strengthening our achievements and finding solutions to policing challenges to guarantee public safety”.

IGP Ochola said the President is expected to address Police Council and Commanders of Kampala Metropolitan Police “on key security aspects in the country”.

President Museveni is expected to address Police Council and Commanders of Kampala Metropolitan Police tomorrow on key security aspects in the country. pic.twitter.com/6Klrb4ucWu

It comes weeks after the President instructed Police to draw a strategy aimed at addressing a surge in incidents of urban crime in Kampala and surrounding areas.

In the recent months, there have been murders in Kampala and surrounding areas especially targeting boda boda cyclists and mobile money agents, most of them female.

In the case of boda boda cyclists, victims have had their motorcycles stolen while in the case of Mobile Money agents, the motive is often to steal the cash.

Whereas Police has made some arrests, the incidents have not ceased. The spate of murders and robberies has sparked debate with many questioning the effectiveness of security agencies in intelligence gathering as well as responding to crime.

Police has on its part always emphasized vigilance on the part of the population warning individuals to take precaution so as to not make themselves targets.

Museveni has repeatedly assured the country that defeating these gangs will be yet another credit that his NRM government will take “because we are going to defeat them”.

The President however recently pointed out that criminals “are helping us to expose the weaknesses of the Police or their allies in the Police” citing the case of Nagirinya when Police officers acted negligently.”

Established by the Police Act of 1994, the Police Council is chaired by the Inspector General of Police and consists of the Deputy IGP, the Director of the Criminal Investigation Department, the Directors of Operations, Training, Finance Personnel, Legal Affairs, Community Affairs, Research, Planning and Development, as well as regional police commanders.

Members of the Council are appointed by the IGP.

The Police Council’s functions include recruiting, appointing and promoting police officers up to the rank of Inspector of Police.

The Council is also mandated to; exercise disciplinary control over all police officers through the police courts; advise the police authority on the ranks structure in the force; and formulate terms and conditions of service of members of the force subject to approval by the Police authority.

It also formulates and establishes standards of recruitment and training within the force and determines the types and quality of equipment and supplies to be procured by the Police Force.

Other functions relate to formulating and advising the Police authority on the policies of the Force and ensure the implementation of that policy and ensuring efficient organisation and administration of the Force. 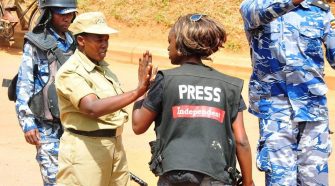