The construction of the factory started in April 2015 and was scheduled for completion in 2016 followed by commercial production of processed mangoes and orange juice.

The region which includes districts of Soroti, Kumi, Ngora, Bukedea, Serere, Kaberamaido, Katakwi and Amuria has for long been known for its massive production of mangoes, pineapples and oranges, most of which have gone to a waste due to their perishability and lack of ready market.

It is against this background that government resolved to construct the factory for value addition on to the fruits, using a grant from the Korea International Cooperation Agency (KOICA), with the Teso Tropical Fruit Union and government through Uganda Development Corporation (UDC) owning 20 per cent and 80 per cent shares respectively.

UDC is the development and investment arm of government with the mandate to promote and facilitate the industrial and economic development of Uganda.

It is approximated that the Shs 48bn factory has capacity to crash six tonnes of concentrates from oranges per hour, with an annual production output of 650,000 tonnes of oranges and 25,000 tonnes of mangoes.

According to UDC, the President will during the commissioning “launch the UDC ten year strategic plan that highlights government strategic areas of investment.”

The factory is expected to employ over 1,000 people both directly and indirectly and its first product ‘Teju’ juice will be hitting market on Saturday after the commissioning. 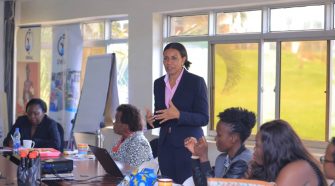