According to the NRM Party Spokesperson, Rogers Mulindwa, the President who doubles as the party chairperson summon close to 100 members for an urgent meeting.

Those slated to attend include the party district (Ntungamo) executive committee, MPs, area district councillors, LC III Chairpersons and all contestants in the party primaries in Ruhaama constituency among others.

The centre of discussion during the meeting will be to harmonise positions of the NRM leaning independent candidates contesting in the Ruhaama constituency by-election against Moses Kahima Mugabe the official flag bearer of NRM.

Polling day is scheduled to take place on January 11, next week.

“The meeting scheduled to start shortly is also expected to be attended by Ntungamo District NRM Chairperson and First Lady, Maama Janet Museveni,” reads a statement by Mulindwa.

A total of four candidates were duly nominated by the Electoral Commission in the Ruhaama by-election and they include NRM’s Moses Kahima together with three other independent candidates.

Days ago, the candidate for the main opposition party, FDC pulled out of the race for failure to raise the mandatory nomination fees.

This leaves the NRM candidate at a higher advantage to retain the constituency which was in the past represented by First Lady, Janet Museveni in Parliament. 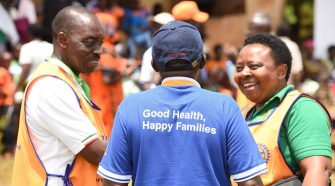