President Yoweri Museveni has pledged to secure the Church House amid media reports that the Church of Uganda multi-billion building in Kampala city which is soon to be completed could be lost to some businessmen.

While attending the Martyrs’ Day celebrations at the Nakiyanja Anglican site on Sunday, President Museveni gave assurance to the Church of Uganda that no one will take away Church House from the Church as long as he is still alive.

“I saw in the news today that you have issues with the Church House. They want to steal it from you. Archbishop Orombi and I worked very hard to get that house. As long as the Lord has put me here, I will not allow it to happen. I will meet and discuss with the leaders,” the President said.

During his speech, the President hailed Anglican Christians for finally ‘waking up’ to appreciate and pay tribute to the martyrs who were Anglicans.

“Some of you do not know that the majority of the Martyrs were Protestants. You used not to pay so much attention to this day but now you are awake. I congratulate you,” he said.

Meanwhile, he used the same event to pledge support towards the development of the Anglican site which currently is not as magnificent as the Catholic site.

“We are going to develop this place like that of your brothers because I have noticed that the gradient here is too steep,” he remarked.

The President was happy that the numbers of Church of Uganda pilgrims attending the annual pilgrimage at Namugongo had increased.

The martyrs day celebrations at Nakiyanja were led by the four dioceses of; Kigezi, North Kigezi, Muhabura and Kinkizi which make up Greater Kigezi. The President used the occasion to encourage the pilgrims to work hard for the transformation of their homes and chase away poverty. He called for efforts to live exemplary lives like that of the disciplined Puritans who played a crucial role in the building of the United States of America.

“There is a saying that in this world, we are visitors and we are passing through. So some people do not care to develop their lives. The Bible says that the body is the temple of God, but if it is full of prostitution and drunkenness and poverty, how can it be the temple of God?” Museveni said.

In his sermon based on the Scriptures from the Book of Revelation, Bishop David Grants Williams of Basingstoke in the United Kingdom encouraged the pilgrims to be ready to sacrifice their lives for Christ, even to the point of death, just like the Uganda Martyrs.

He thanked the President for the stability in Uganda adding it has enabled the country celebrate major events in peace. 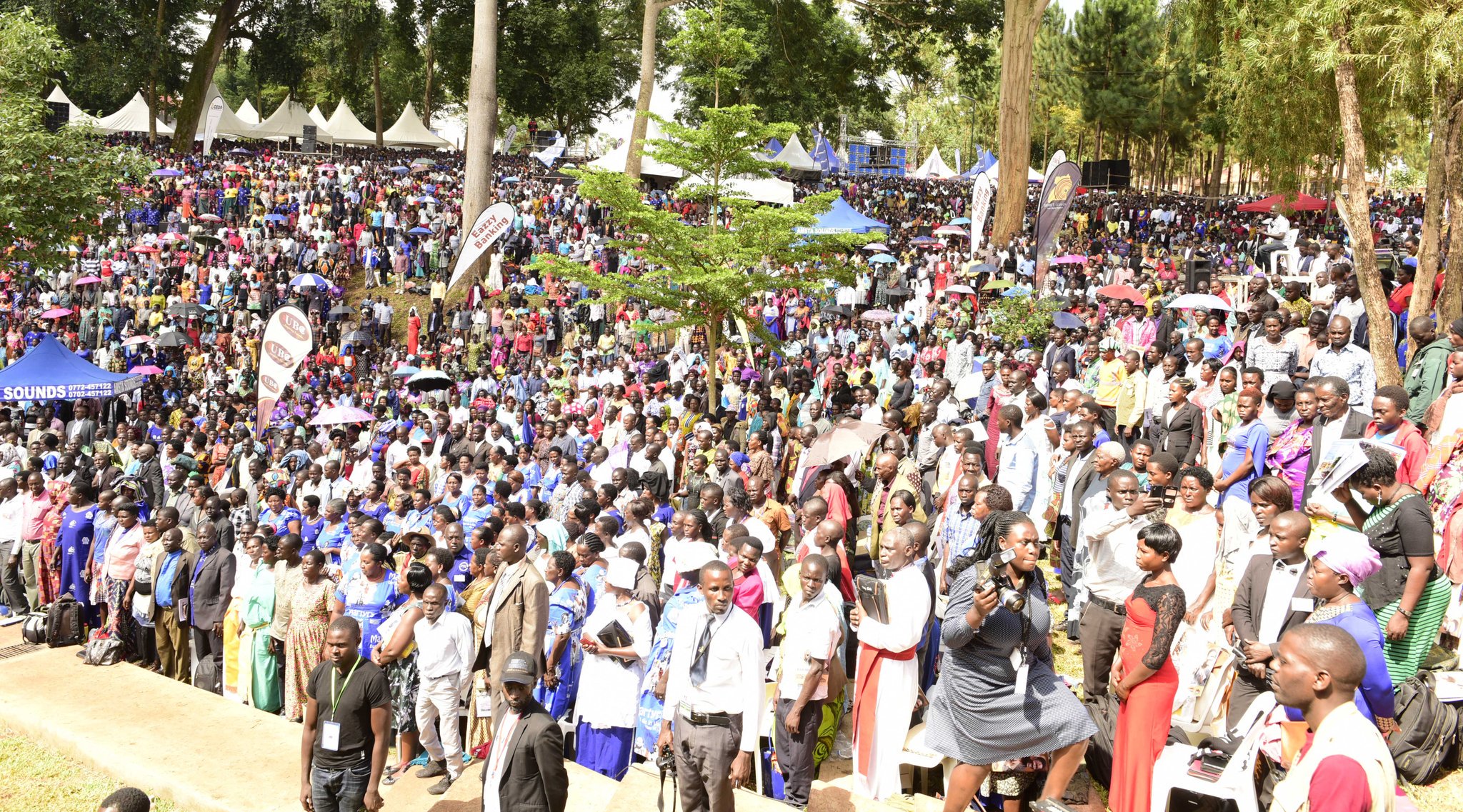 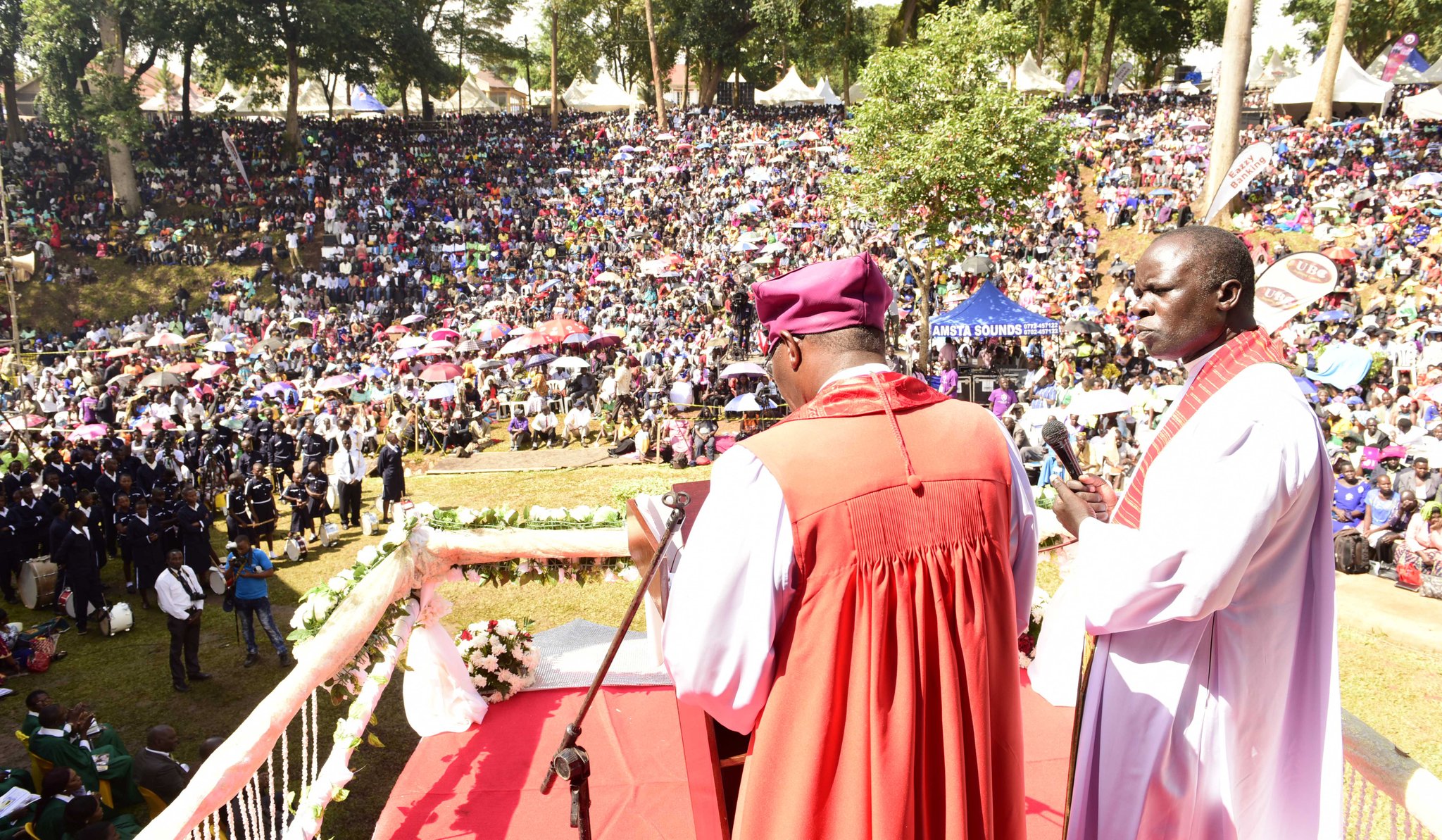 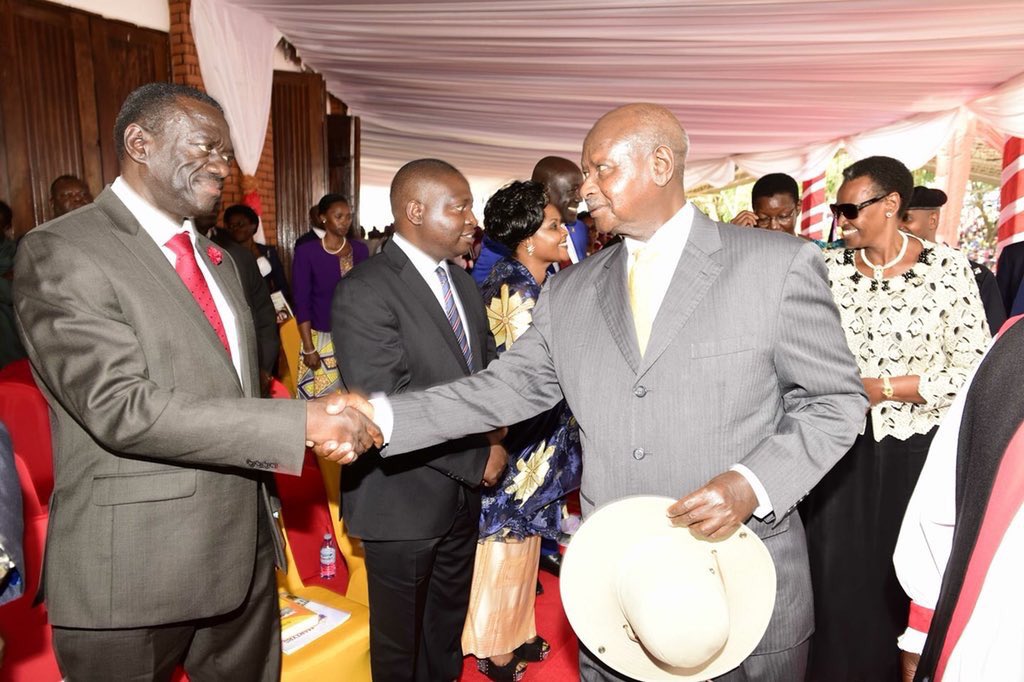 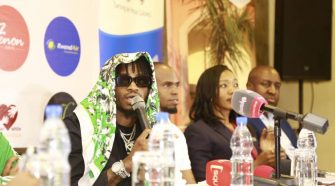