Uganda and the Democratic Republic of Congo (DRC) have agreed to jointly develop three roads measuring 1,182 kilometers that link the two countries in a bid to address infrastructure bottlenecks which make cross-border trade within the region costly.

The undertaking was reached by President Yoweri Museveni and his DRC counterpart, Felix Tshisekedi during bilateral talks held on Saturday at State House Entebbe.

President Tshisekedi who is on his second visit to Uganda since assuming Presidency in January this year arrived in Uganda Saturday for a two-day State Visit. While in Uganda, he will jointly with Museveni attend the first ever Uganda – DRC Business Forum.

Tshisekedi is accompanied by a delegation of over 100 individuals including Ministers, government officials and business executives.

During Saturday’s meeting, according to a joint communiqué, both Museveni and Tshisekedi “noted with concern the numerous trade restrictive measures and infrastructure bottlenecks which increase the cost of doing business in the region”.

Emphasis was placed on the importance of developing cross border infrastructure which is essential to facilitate trade between Uganda and DRC.

As such, it was agreed that the Mpondwe – Beni (977km), (Goli – Bunia (181km) and Bunagana – Rutshuru (24km) roads that link the two countries be developed jointly within a period of two years.

In line with this decision, the Heads of State tasked the Ministers of Foreign Affairs, Trade, Finance and infrastructure development to meet within two months and agree on implementation modalities for road projects and how to deal with the other bottlenecks.

The Presidents also stressed the need to increase trade and investment between both counties.

The talks happened on the same day the first ever Uganda –DRC Business Forum opened in Kampala. Museveni and Tshisekedi both welcomed the idea of the forum “as a platform for engagement of members of the two private sectors”.

“They expressed their resolve and commitment to facilitate the private sector to do business,” the communiqué released Saturday reads in part.

It was signed by Uganda’s Minister of Foreign Affairs, Sam Kutesa and DRC’s Vice Prime Minister in Charge of Justice, Celestin Tunda Ya Kasende.

President Museveni commended Tshisekedi for his resolve to take on the big challenge of structurally transforming the Democratic Republic of Congo.

They reiterated their commitment to strengthen cooperation in a wide range of areas including trade, water, energy, trade, tourism, transport, communication and defense with the view of promoting structural transformation for peace, stability and the prosperity of the two countries.

During the meet, both leaders directed their respective Ministers to ensure the implementation of the existing framework for cooperation between Uganda and DRC through the Joint Permanent Commission (JPC) which last met in October 2018 in Kampala.

The DRC President congratulated his Ugandan counterpart on the recent revival of Uganda’s national airline (Uganda Airlines) saying this is a step in facilitating mobility and connectivity within the region and beyond.

Kinshasa, the DRC capital is among the regional destinations where Uganda Airlines is already flying.

Tshisekedi said his government is ready to support and facilitate connectivity, commerce and people-to-people interactions.

Concerning trade, both leaders welcomed the entry into force of the Agreement establishing the African Continental Free Trade Area (AfCFTA), acknowledging its potential to stimulate economic growth by creating employment and facilitating movement of goods and services.

They also underscored the importance of regional integration to which President Museveni congratulated DRC for applying to join the East African Community (EAC).

The Museveni – Tshisekedi talks also touched on issues of peace and security which have for long been central to the Uganda – DRC relations. They reviewed the state of security in the Great Lakes Region “and observed that the region still faces a number of challenges that hinder stability and development”.

Both Presidents agreed to work closely together including with other countries in the region to address the issue of negative forces and other armed groups in the region, especially Eastern DRC. 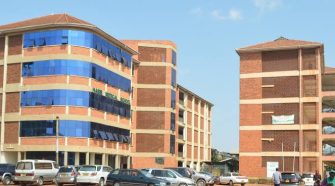