President Yoweri Museveni has met with the U.S Health and Human Services Secretary, Alex Azar, and discussed the multilateral response to contain the Ebola outbreak in the Democratic Republic of the Congo (DRC).

The United States and Uganda have an important, decades-long partnership on public health.

“During the meeting, President Museveni and Secretary Azar discussed continuing this successful partnership and how to work together to prevent the spread of Ebola and strengthen surveillance efforts,” a statement issued by the U.S Department of Health and Human Services reads.

I held a meeting with the United States Secretary of Health and Human Services @SecAzar , who called on me at State House Entebbe. Accompanied by the USA ambassador to Uganda @USAmbUganda , Mr. Azar assured me of USA’s continued support to Uganda in combating infectious diseases. pic.twitter.com/tk2ZXNOSB2

Earlier in the day, Secretary Azar and the delegation visited a treatment site near the shore of Lake Victoria facilitated by The AIDS Support Organization (TASO), a Ugandan organization that provides care and support services to HIV-infected and affected individuals.

TASO has served as a model for the world through its development of the differentiated service delivery models, which initially provide home-based care, followed by community-based care.

“During his visit, Secretary Azar was able to see the effects of this work firsthand and hear patients tell their stories of living with HIV”.

Secretary Azar thanked them for their courage and TASO for the important work they have done to educate and provide medication to people in their communities.

Secretary Azar also toured the Uganda Virus Research Institute-Viral Special Pathogens Laboratory (UVRI-VSP) and participated in a technical exchange between UVRI, the Centers for Disease Control and Prevention (CDC), and the National Institutes of Health (NIH).

The USVRI-VSP lab has been a strong partner nationally and regionally to detect and respond rapidly to outbreaks.

During the technical exchange, Secretary Azar and Ugandan Minister of Health, Dr Jane Aceng both expressed the importance of the partnership the U.S. and Uganda has fostered, especially for promoting their shared global health security goals.

Global health security is a top priority for the Trump Administration, the statement indicates, adding that Secretary Azar’s tours demonstrated “how HHS and its partners have significantly assisted the Government of Uganda’s in its efforts to increase capacity to deal with outbreaks like Ebola”. 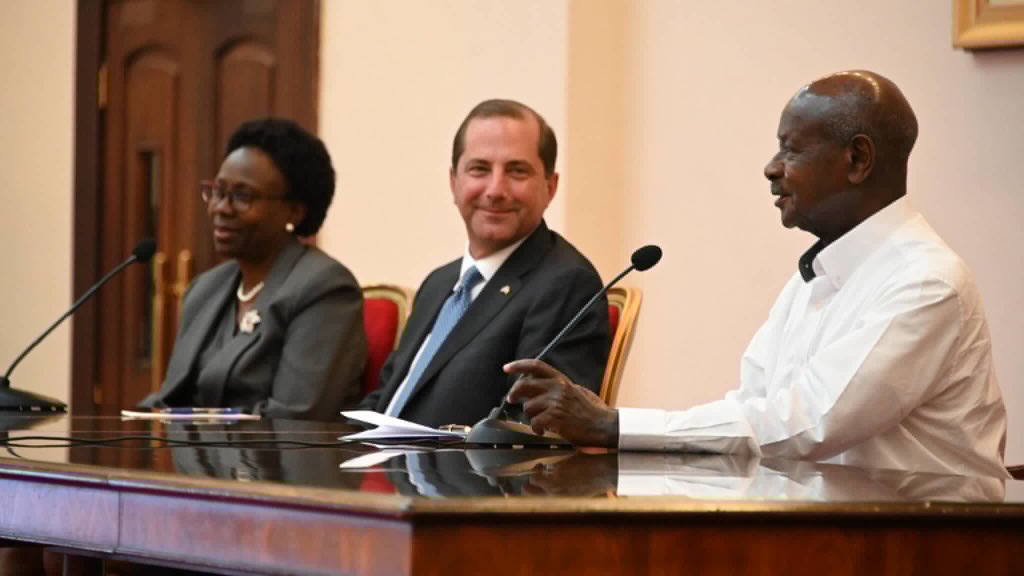 At the end of last month, the Ministry of Health reported a new case of Ebola virus disease in the Western district of Kasese which borders with Democratic Republic of Congo (DRC), two months after the first Ebola case was declared in the same district.

The case was of a 9-year-old Congolese national who was crossing from DRC into Uganda but was detected by the screening teams at the Ugandan border.

The child and her mother entered the country through Mpondwe main border post to seek medical care in Bwera, Kasese. The child was identified by the point of entry screening team with symptoms like high fever, rash and unexplained mouth bleeding.

The Ministry said since the child was identified at the point of entry, there are no contacts in Uganda.

The case was reported just a month after World Health Organization (WHO) and Uganda’s Ministry of Health declared that the Ebola virus disease had been contained in Uganda.

On July 24, the Ministry of Health marked the end of the 42 days since the death of the Ebola Virus Disease (EVD) patient which occurred in Kasese district.

This is the period recommended by WHO to monitor the situation for any EVD cases that may arise out of the contacts with the confirmed cases.

However, WHO and government of Uganda say the outbreak continues to escalate in neighboring Democratic Republic of Congo (DRC) with which Uganda shares a long and porous border.

“This therefore means Uganda is still under EVD threat and the Ministry of Health remains on high alert for any eventualities,” a joint statement read in July.

So far, over 5,500 people in Uganda including frontline health workers and other workers and community people have been vaccinated against Ebola.

The Ministry has reiterated that Uganda remains safe for travel and all national and international travelers are free to travel to and within the country. 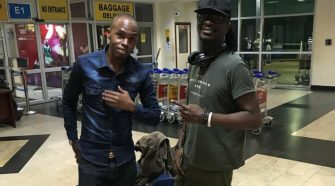