President Yoweri Museveni and Commander-in-Chief of the armed forces has advised soldiers of the Uganda People’s Defense Air Force (UPDAF) to master using and operating their equipment, co-operate in their squads and always train so that they are confident in technology.

The President said this on Saturday during the tour and inspection of the Entebbe Air Base in Entebbe. He called upon army officers to learn, understand and apply the principles of NRA wherever they are deployed bearing in mind theirs’ is a liberation force that is committed to serving the interests of Uganda.

He reiterated the importance of always focusing on the interest of the country in order to cement further the foundation of bringing about prosperity as opposed to identity along tribal chauvinism and feudalism as had been the case in nascent years of Uganda’s independence.

“Yes identity has got value but it should never eclipse the interests of people. Banyankole cannot buy milk and bananas from each other because they already have them. What they need now is money to build their houses and take their children to school. They can only do this through selling to other Ugandans. We, therefore, found out in our student movement that Uganda was more important than Ankole,” he said.

He noted that as officers engaged in serving the country in the security sector, every other adult in the country must be able to engage in the production of goods and services to serve society and create wealth for themselves.

The President urged Army Officers and men to embrace the principles of patriotism and Pan-Africanism adding that the prosperity of Africa as a whole lies in the love of one’s country and the continent as well as working for unity.

The President also called on the Army to note that socio-economic transformation agenda was another principle that they must study adding that Ugandans must wake up and abandon the old ways of doing things.

“You can now see that the social media is more used than radios and televisions. Very soon, this old media will phase out because people read the news online and they no longer see the need for newspapers. When you lag behind in science and technology, you disappear,” he remarked.

He noted that socio-economic transformation was possible through education and that is why the NRM government had operationalized free education. 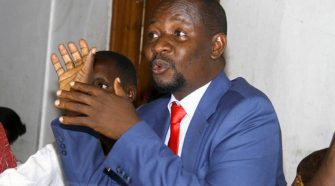