President Yoweri Museveni has challenged the advanced economies like Japan and Western countries to emulate the Chinese model and avail capital to their businesses seeking to invest in African countries.

The President said this Wednesday while addressing the 7th Tokyo International Conference on African Development (ICAD 7) in Yokohama, Japan.

The conference which happens once every three years was themed “Accelerating Economic Transformation and improving Business Environment through Innovation and Private Sector engagement”.

In his speech at the forum, Museveni underscored the importance of innovation and private sector engagement in supporting the Africa transform itself.

He said the Western and Japanese private sector have not helped Africa as they should have done. Museveni said in Uganda’s case Western countries have been hesitant to support in crucial areas of infrastructure, especially the railway and electricity.

“I must salute the Chinese government for practically encouraging their private sector to come to Africa. I hear that their government has put money in the Exim Bank of China”.

Chinese companies, he said, are encouraged by their governments to come to Africa, identify “profitable” projects and come back and later apply for the money.

“Why can’t the Japanese companies and Western companies do the same? Uganda is not devoid of the entrepreneurial classes”.

The President explained that Uganda’s private sector still lags behind when it comes to manufacturing. And this is where the support from Japan and the West is required, he said.

He used to forum to hail Japan which he says has been involved in numerous infrastructural projects including the magnificent Nile bridge, the Atiak-Bibia-Nimule road, Bujagali interconnection, Jinja-Nile bridge, Power line and substation between Kenya-Uganda-Rwanda, the Mityana hospital, Arua hospital, Gulu hospital, Makerere University Research among others.

Regarding the issue of corruption, Museveni has advised the foreign companies to report to their respective Ambassadors if any corrupt Ugandan official asks for bribes.

“The Ambassadors would then link up with me directly and we uproot the weevils (kawukumi). This is an easily solvable problem. It should not obstruct our joint efforts to maximize the prosperity of Africa and the World”.

The conference was attended by a number of African Heads of State including Uhuru Kenyatta of Kenya, Paul Kagame of Rwanda, Abiy Ahmed of Ethiopia, Felix Tshisekedi of DRC, Edgar Lungu of Zambia among others. 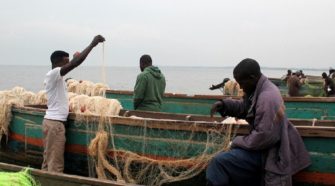