President Yoweri Museveni has Wednesday visited the UPDF 4th Infantry Division at Gulu headquarters as part of his tour of different military bases across Uganda.

The President who was accompanied by the Chief of Defence Forces (CDF), Gen David Muhoozi and several senior Officers addressed the soldiers and officers in Gulu. His speech sought to further inculcate the tenets of Pan Africanism and patriotism within the armed forces and to discourage secterianism.

Gen Museveni said on Tuesday that at the heart of the tour is reminding soldiers of the UPDF of the principles in which the army was founded.

“As I have said before, the goal of these visits is to remind our soldiers about the spirit in which our army was founded, diagnose the tactical and strategic challenges we face presently while offering solutions,” the President who doubles as Commander-in-chief of the armed forces tweeted on Tuesday.

He also said that “in the coming months, we shall request Parliament to permit government source for funding to enable the UPDF Engineering Brigade start building houses for soldiers”.

The target is to build at least 30,000 two-bedroomed housing units for all our soldiers in the barracks, Museveni said.

He also said that in abid to improve the soldiers’ welfare, government is focusing on strengthening the system of army schools and sensitization on health matters placing emphasis on sanitation, hygiene and lifestyle choices.

In affairs unrelated to the UPDF, the President while in Gulu met a Chinese delegation led by Bayin Chaolu, of the Central Executive Committee of the Communist Party of China.

Chaolu is also Chairperson of the ruling party in China’s Jilin Province at State Lodge Gulu. The delegation is in Uganda at the invitation of ruling National Resistance Movement (NRM).

At the Gulu State lodge, Museveni also held discussions with Alexander Rondos, the European Union (EU) Special Representative to the Horn of Africa and the EU Ambassador to Uganda, Attilia Pacifici. 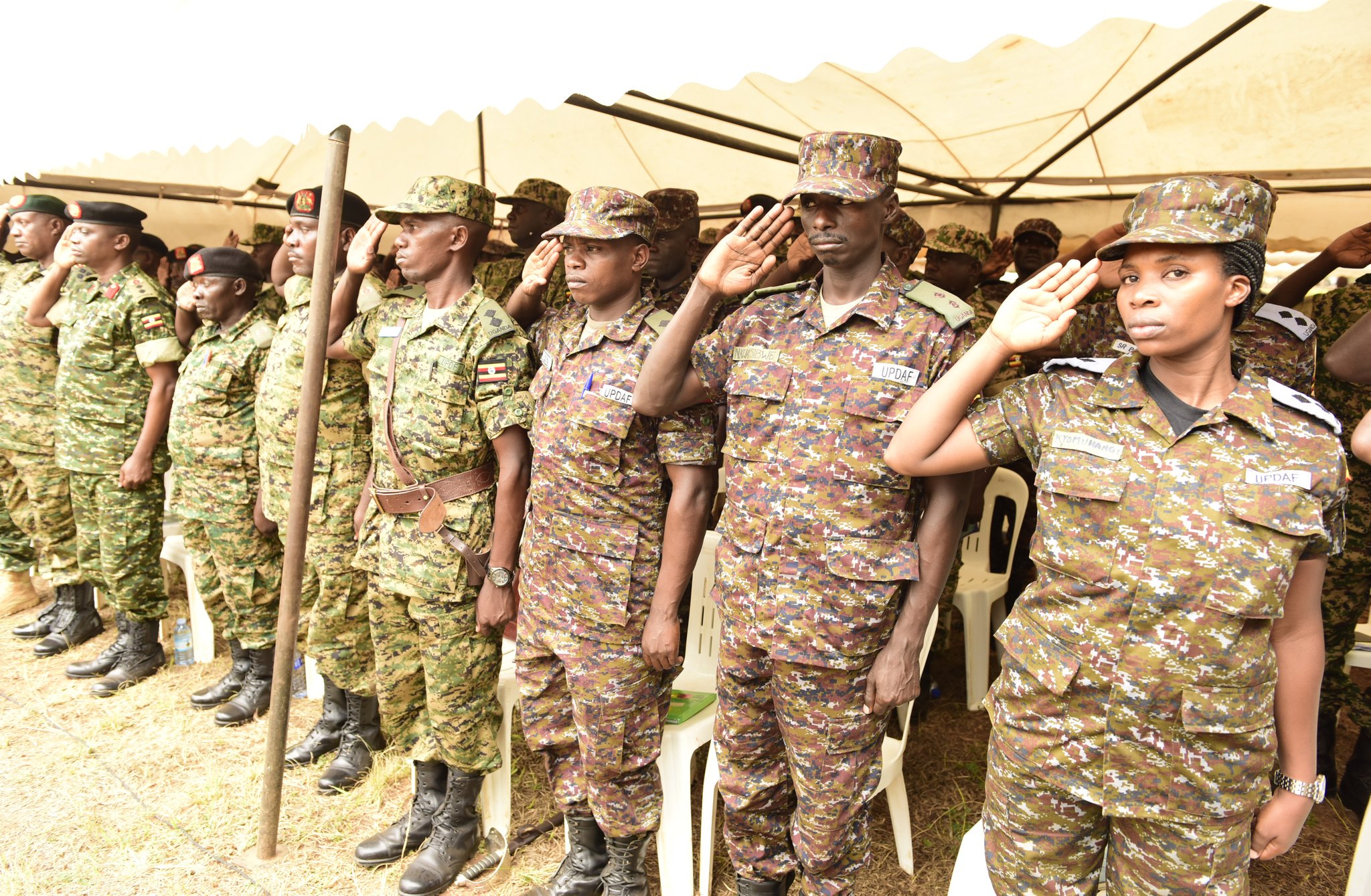 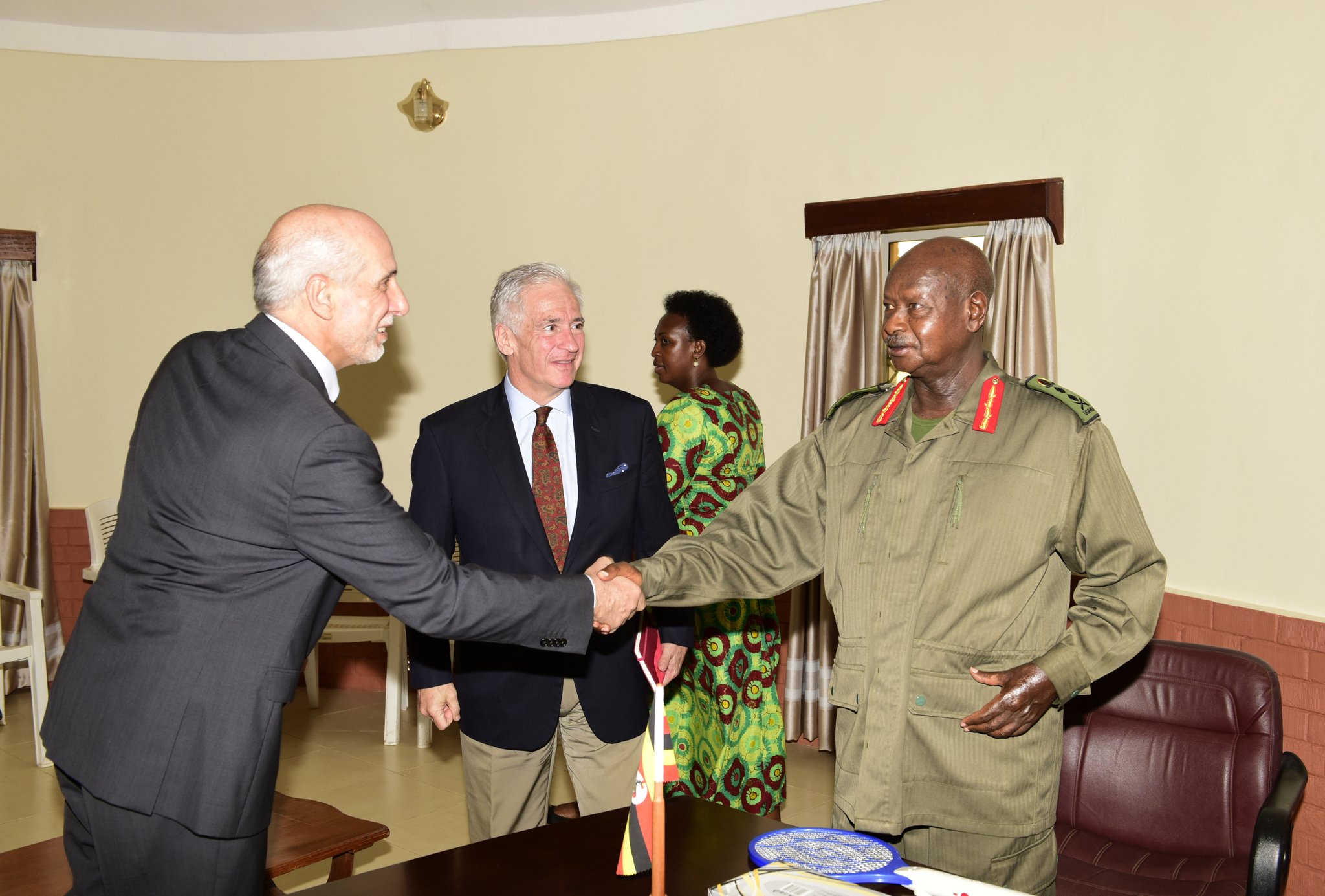 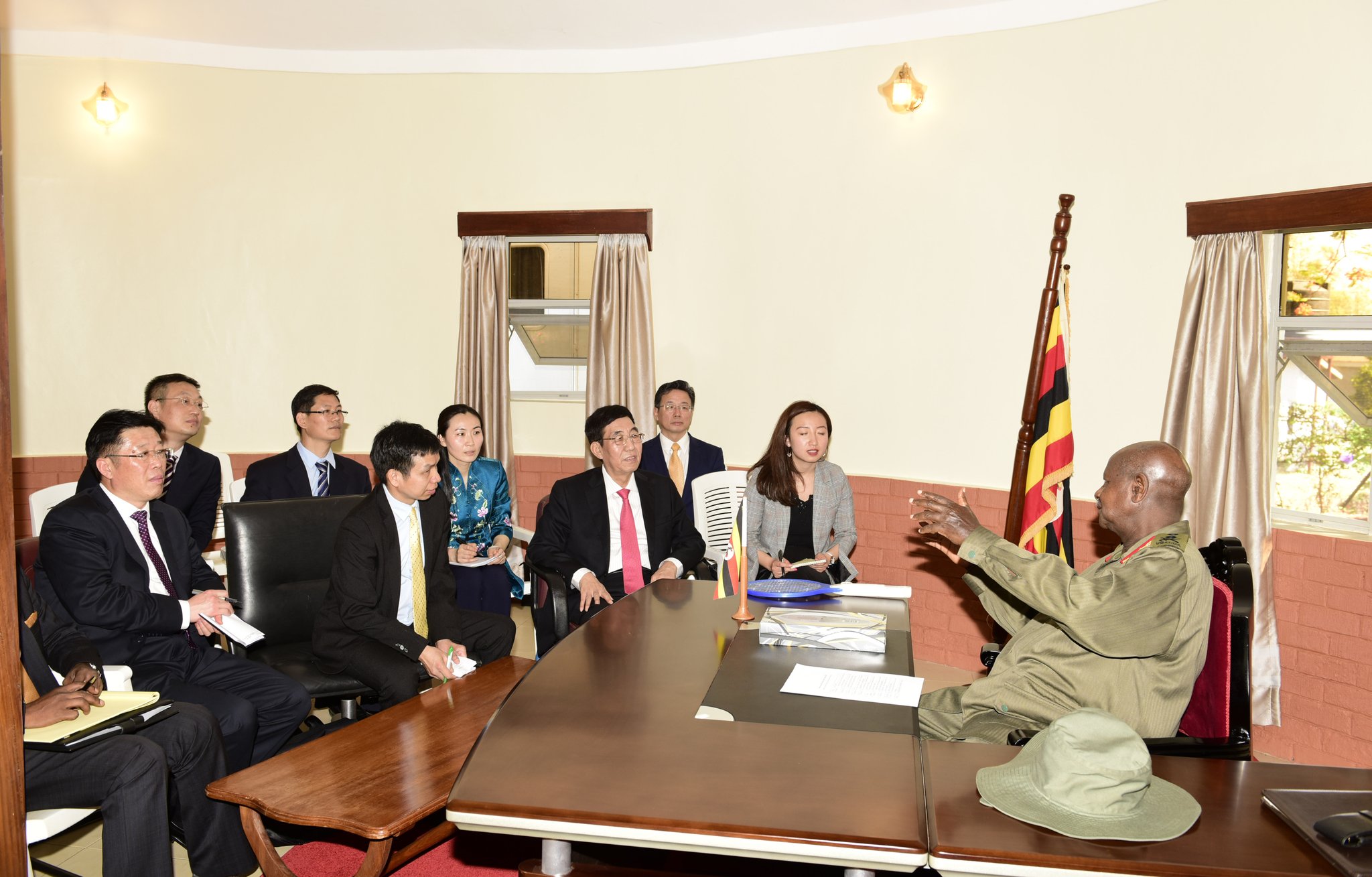 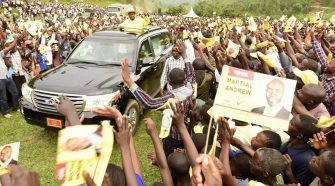 “I was Hacked” – Martial Apologizes to Museveni Over Age Limit Comments