Dr John Emenyu, has been impeached from his seat as Chairperson of Mbarara University of Science and Technology Academic Staff Association (MUSTASA) following a vote of no confidence by members of the Association, accusing him of failing to uphold their resolutions.

The decision to impeach Dr Emenyu comes barely a week after staff resumed their strike following the expiry of a two-week ultimatum they gave management to address their demands.

The issues included among others staff harassment by the vice chancellor Prof Celestino Obua and the University Secretary, Melchior Byaruhanga.

The staff also demand that the University Council sanctions a search committee for processes of appointing a new Vice Chancellor, conducting a forensic audit into university finances, and reinstating the Public Relations Officer, Dennis Lukaaya who was interdicted on the directive of the Vice Chancellor.

In a letter dated June 28, 2019, the staff Association members claim that Dr. John Emenyu failed to fulfill his duties as the chairperson.

“We write to bring to your attention that MUSTASA Executive held an emergency meeting today, 28th June 2019. The case of inability of the chairman MUSTASA, Dr. John Emenyu’s failure to execute his duties in this critical time was discussed,” the letter, a copy of which Soft Power News has obtained reads.

They blame the Chairperson for refusing to sign on the recommendations agreed upon during the crisis meetings held at the university.

“On 26th June 2019, Dr. John Emenyu refused to sign the resolution of the joint consultative executive meeting of Mbarara University of science and technology Academic Staff Association (MUSTASA) and National Union of Educational Institution (NUEI) on behalf of MUSTASA which he convened and chaired”.

They say the above actions are in violation of MUSTASA constitution of 1994, article V section 1 (i) which states that; “The chairman shall be responsible for the overall administration and welfare of the Association particularly in promoting the interests of the members and the good name of the association”.

As such, members recommended that the Deputy Chairperson, Simon Kawuma takes over the roles of the Chairperson.

Julius Taremwa, the MUSTASA General Secretary says that toppling the Chairperson is one way of defeating the staff’s adversaries (group of top university Management).

“We found Dr. Emenyu sabotaging our deliberations. You call him as a Chair to sign, and he starts shaking and disguising to seek guidance from other people yet he is the Chair, ” Taremwa told this news website.

“When you are fighting a war and find that the commander wants to report you, you first kill him and replace him with another commander,” he explained.

He claims that Emenyu has been a good ally to the other party which staff members are against.

“Emenyu was found making phone calls talking to the University Secretary, the Vice Chancellor and Dr Mbonye, yet those are the people fighting us. And he has also been having closed meetings with them,” said Taremwa.

SoftPower News made efforts to reach Dr. Emenyu for a comment but he declined to react about his expulsion before his term of office. 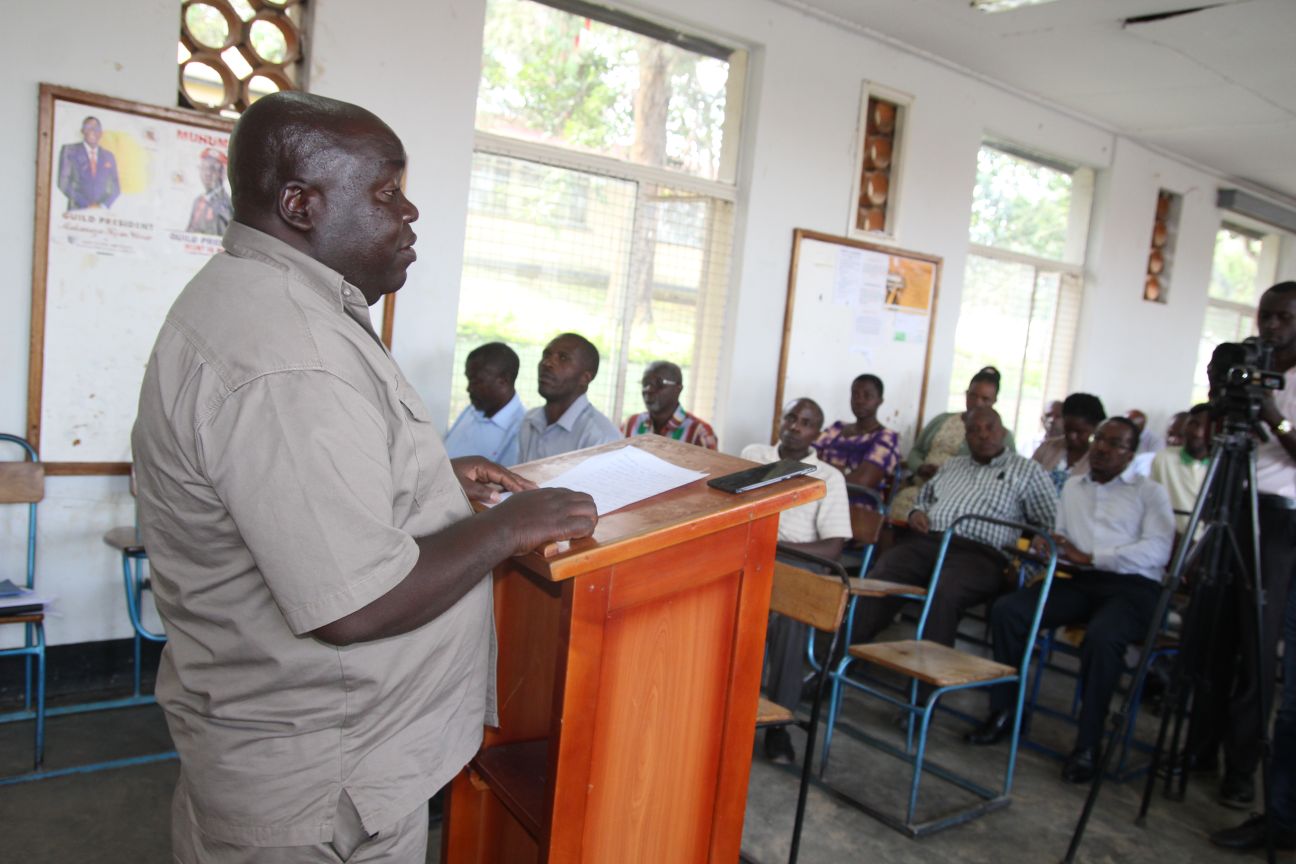